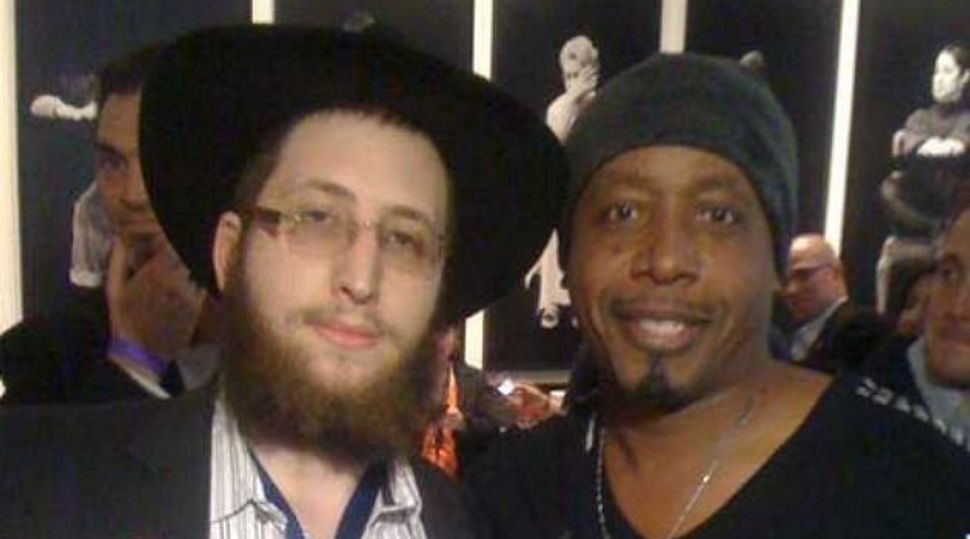 As we wove through the backroads of an 18th-century Italian estate in our rented Volvo, I questioned myself once more: What exactly was I doing there?

It was the summer of 2004, my first time in Europe. And in truth, the Baroque home commissioned by one of the Doges of Venice and the site of a 1934 conference between Adolf Hitler and Benito Mussolini was not a bad place to visit.

But we hadn’t come to see the sights. We hadn’t even come for the blockbuster concert set to be held on the grounds the villa. Rather we came for the man at the concert – one Zushe ben Avraham, better known to the world by his performing name: Bob Dylan.

This is what we as Chabad do. We reach out to everyone — celebrities, everyday people and even common criminals — to offer them a chance to express their Jewish identities. It’s the love of our fellow person, the important role every single one of us plays in the cosmic scheme of things, and the desire to share our passion and excitement with others, that drives us. It’s why we’ll wander across the Australian outback to put a mezuzah on a door post or move with our families to Siberia.

And yes, on that day a decade ago, it meant we were on a quixotic mission to meet Bob Dylan.

So, our motley crew set out from Chabad of Venice to give the rock legend a bottle of wine and two freshly baked challahs for Shabbos. How we planned to get past security, get to the backstage and actually give Dylan the wine were questions we hadn’t yet addressed. A Shabbos guest mentioned that he was in town for the concert, so being young, we left on our mission – what else mattered?

As we drove around to the back entrance of the Villa, where press and staff were being ushered through, we played around with different scenarios about what we’d do once we met Dylan. We’d put on Tefillin with him or maybe just schmooze. We’d definitely invite him for a Shabbos meal, take a few pictures together and then be on our way.

We never got to see Bob Dylan. The security guard didn’t seem to understand what exactly we wanted to do. Perhaps the idea that three rabbis and two clean-shaven French expats would want to give wine to Dylan bewildered him.

The fact that we employed probably the most awkward daisy-chain of translators since the days Lewis and Clark didn’t help either. But after we Americans were done speaking in English to a French college student, who then discussed with his fellow expat in French how to best translate our words to Italian for the guard, and then they finally translated, we were told to drive around the corner and wait.

An assistant finally approached us, accepted our Shabbos gifts, and thanked us for our interest. We went back to Venice to help the rabbi and his wife prepare for the expected 300 guests that Friday night.

Several summers later, after being ordained a rabbi, I went on a similar challah and wine adventure. My friend Mendel and I were serving as roving rabbis as part of Chabad’s Merkos Summer Visitation Program. We were told that Henry Kissinger lived not too far from our base in Northwestern Connecticut.

Plugging the address into our GPS, we wound our way through a small country road and thick forests to the former Secretary of State’s estate. Suddenly, arriving at the crest of a small hill, we cleared the trees and were able to see the property itself.

The immaculate grounds, dotted with trees, ponds and rolling green hills, spread out before us like a painting. It occurred to me that despite the size of estate, what seemed to be the actual house of the former Secretary of State was in fact surprisingly small.

As we drove down the crest of the hill to the house, a silver Audi parked in the driveway began to drive towards us. Inside sat a dignified lady sporting large sunglasses and teased hair.

We pulled up next to her. She rolled down her window and motioned for us to do the same.

What do you say when to someone when you look as if you were just plucked from the set of ‘Fiddler On the Roof?’ The obvious of course.

“Yes! We’re rabbis and we came here to see Mr. Kissinger. Are you Mrs. Kissinger?”

We handed her a challah, explained who we were and then thanked her for her time, asking her to wish her husband a good shabbos on our behalf.

She drove off, but as we turned around to get back on to the small road that wound through the forest, we saw that she had stopped and was motioning for us to pull up next to her.

“Who sent you again?” she asked.

“We were sent by the Chabad rabbi here. We have calender with his number on it if you’d like.”

We handed her the calendar. She turned the calendar over, and mumbled ‘Lubavitch’ — incorrectly putting the stress on the ‘u’ – to herself.

“Thank you again,” we said. “Please wish your husband a ‘good Shabbos’ for us.”

I often wonder where as Chabad yeshiva students, kids in our teens and early twenties, we get the chutzpah to approach Jewish celebrities, powerful business execs and politicians and ask them those famous words, “Would you like to do a mitzvah?”

(The “Excuse me sir, are you Jewish?” would have already addressed by a preliminary Wikipedia search).

There’s the excitement of meeting someone famous. I have friends who have interacted with all kinds of celebrities, not all of them Jewish. There’s the one that spoke to Natalie Portman, the time a group of yeshiva students were given a ride back to yeshiva by Snoop Dogg on a return walk from a distant synagogue one Saturday night after Shabbos had ended, or the classmate that asked Jackie Mason to put on tefillin There’s even the picture of Harry Potter star Daniel Radcliffe putting on tefillin with a yeshiva student.

But truth be told, we would jump at the chance to do a mitzvah with most anyone.

I’ve seen people put tefillin on the homeless and invite the needy over for a shabbos meal. The same summer that Mendel and I went to visit Henry Kissinger, we also went to visit a man in a Forensic Psychiatric Ward, committed for murdering his two parents. For in truth, what drives us, what excites us and keeps us going, isn’t a chance to connect with celebrity. It’s love and the belief that everyone deserves a chance to express their Jewish identities.