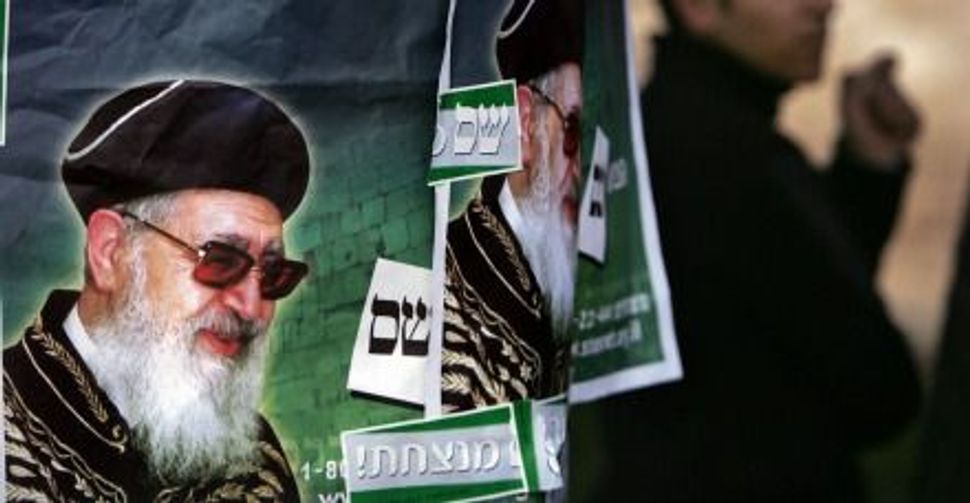 News of the death of Rabbi Ovadia Yosef, a towering religious and political figure in Israel, plunged millions into mourning.

Even amid this outpouring, we should not forget Yosef’s true colors: He was a racist and inflammatory bigot.

It is true that Yosef was an instrumental and often lenient religious arbitrator throughout his decades-long career. He famously ruled that widows of Isreali soldiers who went missing in the 1973 Yom Kippur War should be allowed to remarry. When large number of Soviet Jews arrived in Israel in the 1970’s and it was unclear if they were really Jewish by traditional, rabbinic standards, Yosef found a way to ensure that they would be accepted as legitimate members of the Jewish community.

At the same time, we should not be blinded by his political or religious importance to his shameful discriminatory language. When Hurricane Katrina struck in 2005, Yosef said black Americans brought the disaster on themselves.

“There are terrible natural disasters because there isn’t enough Torah study,” he said. “Black people reside there (in New Orleans) Blacks will study the Torah? (God said), ‘let’s bring a tsunami and drown them.”

The rabbi’s offensive talk was not limited to the African American community. In 2007, Yosef explained that some Israeli soldiers are killed in battle because they are not observant enough.

Yosef’s combative remarks have also extended into the Palestinian conflict. The New York Times reported that at a 2001 sermon he declared Israelis must be heartless when it comes to the Palestinians.

“It is forbidden to be merciful to them. You must send missiles to them and annihilate them,” he said. “They are evil and damnable.”

In 2010, refering to Palestinian President Mahmoud Abbas, Yosef wished that “all the nasty people who hate Israel, like Abu Mazen, vanish from the world. May God strike them down with a plague along with all the nasty Palestinians who persecute Israel.” In view of that vitriol, it is admirable that Abbas expressed condolences to Yosef’s family after his death.

Possibly the most hurtful of Yosef’s remarks concerned Holocaust survivors. He asserted that the 6 million Jews who were slaughtered by the Nazis got what they deserved because they somehow failed to follow Jewish law

“(They) were reincarnations of the souls of sinners, people who transgressed, and did all sorts of things which should not be done,” he said.

There is no doubt that Yosef was a key politician, especially for Sephardic religious Jews with roots in the Arab world. However, the understandable impulse to placate an important political base should not prevent Israeli leaders — and opinion leaders — from acknowledging Yosef’s true self. For the sake of black Americans, slain IDF soldiers, and Holocaust survivors, we must not forget.