The Numbers Show an Intolerant Israel 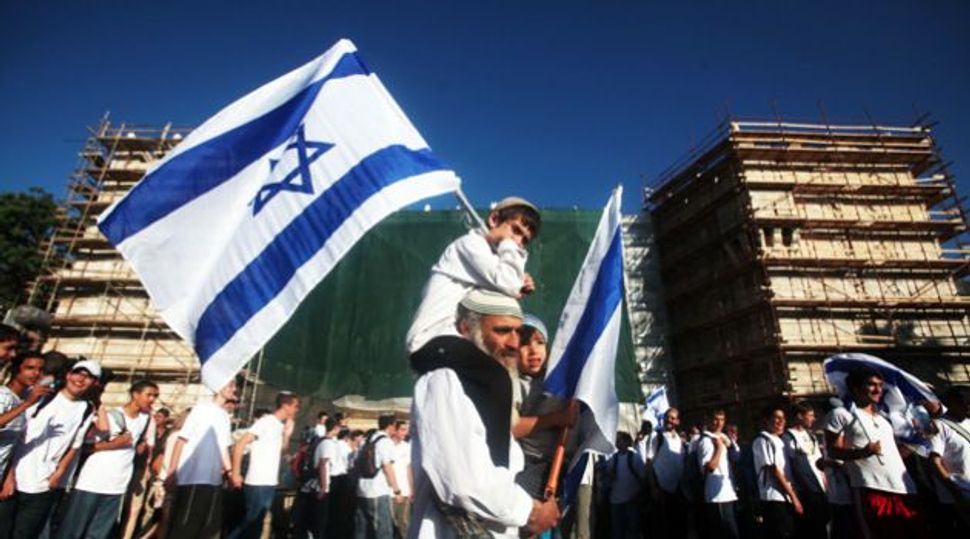 Undemocratic: Forty-nine percent of Jewish citizens of Israel think they should have more rights than non-Jewish citizens. Image by Getty Images

One such report, one that has lamentably garnered less attention than the public opinion results, is a report published by Peace Now, an organization on whose board I proudly serve, and its subject is nothing less than “The Price of Settlements,” or, as it is subtitled, “How Israel Favors Settlements and Settlers.”

I’d summarize it here, but it is largely too technical for easy digestion. It shows what you’d expect it to show: Massive differences in government support for settlements and settlers when compared to residents within the Green Line. (Example: Within the Green Line, the Ministry of Education provides 4,915 shekels per student per year; in the settlements, that figure rises to 8,034 shekels.)

But my major concern here is with the aptly named “The Israel Democracy Index 2013.” The report runs 187 pages and contains a trove of information. One caveat: The relative conservatism of the younger people in the survey may in significant measure be attributable to the large size of families in the fervently religious sector.

Item: “Jewish citizens of Israel should have more rights than non-Jewish citizens.” Forty-nine percent of respondents agree “totally” or “somewhat” — and 47%t disagree “totally” or “somewhat.” The last time the IDI survey asked this same question, in 2009, 36% agreed and 62% disagreed. As the survey observes, “This represents a major shift…and does not bode well for Israeli democracy.” In the religious sector, 63% agree, as do 50% of those respondents identified as “traditional non-religious.” Only in the secular sector is there no majority for giving precedence to Jewish citizens – but note that even in this sector 39% accept the principle of Jewish precedence. More disturbing still: Fully 65% of the 18-24 year-old age bracket agree totally or somewhat with Jewish precedence. That finding accords with the 58% majority in the same age bracket for encouraging Arabs to emigrate from Israel, a position endorsed by just 28% of those over the age of 65.

Item: Do you agree that speakers should be prohibited from harshly criticizing the State of Israel in public?” A majority (52%) of the total sample agrees that such a prohibition should be initiated. And 52% agree that “human rights and civil rights organizations, such as the Association for Civil Rights in Israel and B’Tselem, cause damage to the state” while 36% disagree.

Item: “Israel is defined as a Jewish and a democratic state. Which part of this definition us more important to you personally?” “Both are equally important” draws 37% of respondents; 32% say “Jewish;” 29% say “democratic.”

Item: “Should the state deny funding to schools in the haredi educational system that do not teach a core curriculum (e.g., civics, mathematics and English)?” Here, 51% say “definitely” or “I think so,” while 42% don’t think so or definitely oppose.

Is Israel, as some have suggested, lurching rightward? Well, 29% of respondents identify themselves as right, and 21% more as moderate right; 24% place themselves in the center and 16% in the left or moderate left.

In short, all over the map with a distinct rightward tilt. You can see for yourself by going to the Israel Democracy Institute home page and clicking on the Israeli Democracy Index.

The virtue of studies such as this, conducted annually, is that they counteract the evident volatility of Israeli opinion. Here and there, an abrupt shift; by and large, whether for better or for worse (or both), considerable continuity.

The Numbers Show an Intolerant Israel