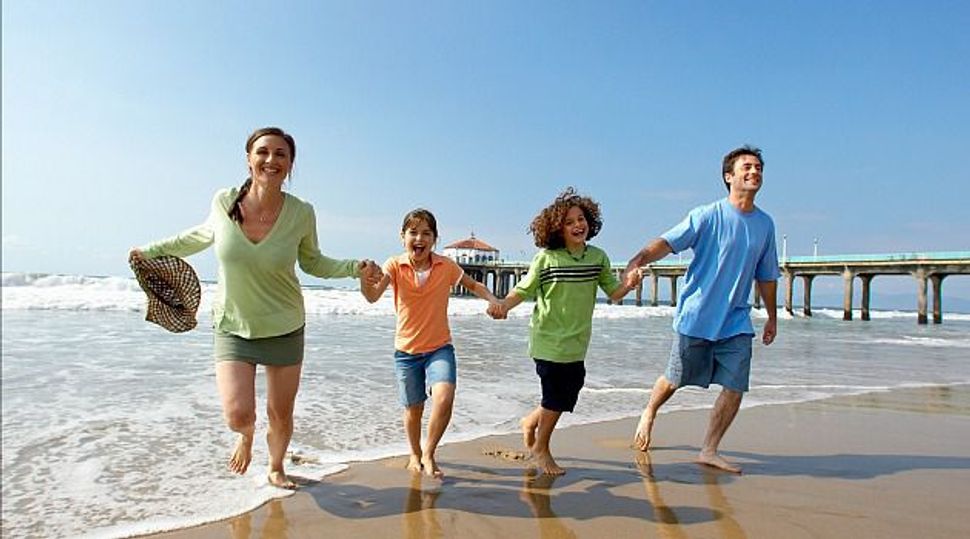 Initial reactions to the recent Pew Research Center’s study of American Jews have been almost knee-jerk in their pessimism. One commentator called the portrait a “grim” one. Another viewed the study’s results as “devastating,” with its evidence of “so much assimilation.” This rush to gloom brings to mind the old sendoff about the definition of a Jewish telegram: “Start worrying. Details to follow.”

The actual facts that evoked these reactions needn’t be viewed as unequivocally problematic. Another reading is possible.

Consider these findings: The American Jewish population turns out to be larger than expected: 6.8 million rather than previous estimates of 6 million or less. Intermarriage rates have held more or less steady since 1990. And most (61%) of Jews who intermarry are raising their children as “Jewish or partly Jewish,” rather than in another religion.

So the Jewish population isn’t shrinking, and even though many Jews intermarry, among those who do, the impulse to evade being seen as Jewish and to avoid “burdening” the identity of one’s children with a Jewish connection seems to have faded.

Today, intermarriage is more aptly a marker of integration and acceptance of Jews into America than a sign of Jews abandoning their origins or turning their backs on Judaism. I’m thinking of people like Jon Stewart, Natalie Portman and Rahm Emanuel, who have intermarried yet strongly identify as Jews.

It’s likely that they would be among the overwhelming proportion of Jews (94%) in the study who say that they are proud to be Jewish. While rabbis and the most religiously devout may not be impressed by this, sociologically these changes are striking and worth appreciating.

It wasn’t always this way. In 1937, Jews were held in such low esteem that Rabbi Mordecai Kaplan described the troubling psychological burden of being Jewish: “The average Jew today is conscious of his Judaism as one is conscious of a diseased organ that gives notice of its existence by causing pain.”

At midcentury there was a slew of jokes about Jews who attempted to “pass” as WASPs but were stymied by telltale signs of their otherwise hidden Jewishness.

Now the situation is remarkably different. A cartoon from the October 1, 2012, issue of The New Yorker depicted a couple and a wedding planner with the following caption: “No, we’re not Jewish. But we think it would be fun for our reception’s theme to be ‘A Jewish wedding.’”

What’s changed over the course of the past century is that being Jewish is no longer viewed as a stigmatized condition. In other words, the “credit rating” of Jews as a group in American society has improved radically in comparison with its valuation half a century ago.

That positive shift is a result of the successful incorporation — assimilation! — of Jews (among other former stigmatized “Others”) who were once seen as beyond the pale but have now become part of the widened American mainstream. A formerly “bright boundary” separating Jews and gentiles blurred and became traversable (to use the language of sociologist Richard Alba).

Jewishness is now more widely distributed and much more positively viewed within the broader society than in the past. For instance, more than half of Americans (58%) reported personally knowing a Jewish person, according to the General Social Survey 2000. And nearly two-fifths of Americans say they would favor a close relative marrying a Jew. In 1905, intermarriage between a Jewish woman — “the flower of the ghetto” —and the scion of a prominent Protestant family was so unthinkable that it made the front page of The New York Times!

In this new environment, Jewishness in its many modes is no longer limited to traditional Jewish outlets. The Pew survey doesn’t tell us much about the expanding array of materials a person can use that relate to Jews, Judaism, Jewish history and Jewish concerns — the sheer number of books and films on Jewish subject matter, the opportunities for Jewish learning, even various cartoons that contain Jewish characters.

In addition, Jewish content is increasingly available in places that never provided it before: on university campuses, on TV, even in the form of the Pew study itself. The other national studies of Jews from 1970, 1990 and 2001 were funded and conducted by and for the Jewish community — and with the Pew study, the research operation has moved out of a cloistered Jewish-only setting and onto a broader stage.

All in all, the experience of Jews in America is a complex story. Summarizing this as a “grim portrait” misses a significant counter-narrative: the surprising persistence and durability of Jewishness in America.