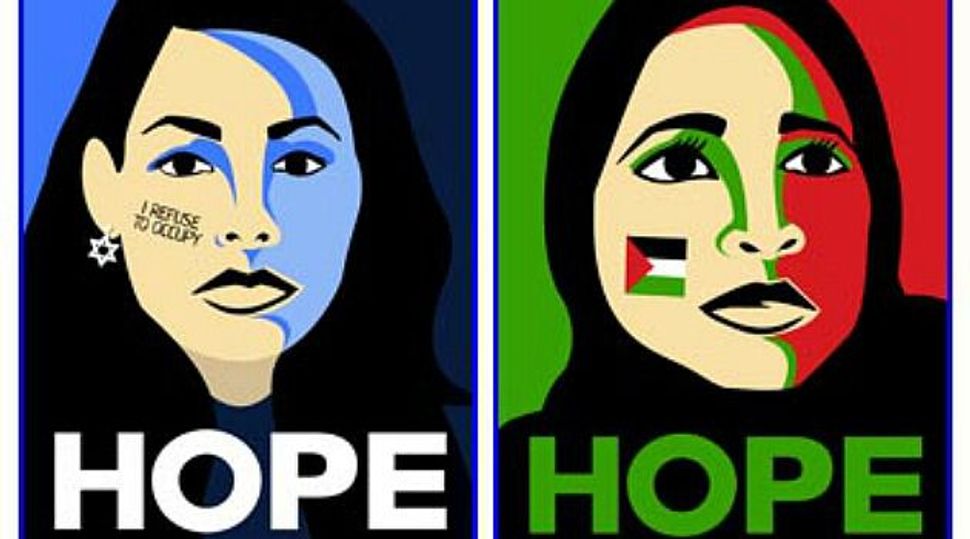 Image by jewish voice for peace

The new Pew Center study on Jewish American life has been the subject of much handwringing since it came out last week, as the results show a weakening of connection to Jewish life among the non-Orthodox, as well as a weakening connection to Israel.

For many years now, the lament of the organized Jewish community has been that it is not retaining the younger generations. Yet Pew’s results seem to show that one reason big institutions are losing their grip is precisely because a small group of older privileged Jews are trying to dictate the range of beliefs acceptable in the Jewish community.

According to Pew, 48% of Jewish Americans don’t think Israel is making a sincere attempt to make peace. A quarter of all Jews ages 18-29 believe the U.S. is too supportive of Israel, while only 5% of those over 50 think the same.

The irony here is that there is a sub-set of Jewish Americans who are in fact strongly connected by every measure to Jewish life, but are being actively pushed out of it. Let’s take my own story as a case study. I was raised in a Conservative synagogue, where I was bat mitzvah-ed and confirmed. I grew up to marry an Israeli, lived in Israel for three years, and visit at least yearly. I belong to a synagogue, the wonderful Kolot Chayenu, and am actively raising my children Jewish-ly.

So far, so good. It would be hard to argue that I am not the very model of Jewish continuity and involvement that the institutional community is desperately trying to figure out how to replicate.

And you certainly don’t have to have these multiple points of Jewish connection to be identified as part of the community, which includes every stream including the entirely secular.

Part of my Jewish identity-both through the Jewish values I was taught and the social history of Jews in America that I cherish—has been political activism that has ranged from economic justice to fighting for an Israel that would value the equality, dignity, freedom, and security of all people in the region, Israeli and Palestinian.

Because of these views, I, and others like me, are being shut out by the self-appointed leaders of the Jewish community — solely because our political perspective on Israel and Palestine falls outside the acceptable parameters they have unilaterally decided upon.

Last month, Jeremy Burton, the head of the Boston Jewish Community Relations Panel (JCRC), said at a panel that, “we all recognize that when we set boundaries, including boundaries around the conversation about Israel, we run the risk of some people being left out who might have been let in. That’s a risk we understand, yet we set those boundaries.”

He then went on to explain that any organization that supports Boycott, Divestment, and Sanctions, a Palestinian-led, non-violent movement to pressure Israel to be accountable to international law, doesn’t belong at the communal table. In fact, he was referring specifically to Jewish Voice for Peace. He even argued that opening the public conversation to BDS is roughly akin to welcoming the Ku Klux Klan.

This week the new director of Hillel, which claims over 500 chapters dedicated to Jewish life on campuses in North America, noted his delight in enforcing guidelines that exclude Jewish students that “delegitimize, demonize or apply a double standard to Israel”—without explaining how that is defined.

This voluntary jettisoning of politically engaged Jews is creating a huge loss to the Jewish community that Pew shows it can ill afford.

Ironically, those being excluded by these policies are often the very same committed, passionate people who are engaged with Jewish life that Jewish institutions claim to want. People like the almost fifty rabbis and rabbinical students on JVP’s Rabbinical Council, or the many people in our youth wing who have a rich Jewish practice and deep connections to multiple Jewish institutions. Over and over again, I have seen how betrayed they feel when the Jewish community, which has nurtured them and taught them values such as justice and tikkun olam, reject them when they apply those principles to Israel and the Palestinians.

The pinnacle of this our-way-or-the-highway modus operandi in the Jewish world was expressed last week by the inimitable Abe Foxman of the Anti-Defamation League, who responded to the Pew results with this gem: “You know who the Jewish establishment represents? Those who care…This is a poll of everybody. Some care, some don’t care. I think it’s interesting, we need to be aware. But I’m not going to follow this.”

In other words: Jewish leaders are claiming to speak for a community that doesn’t agree with them. This is not just rhetoric. Millions of dollars of Jewish communal money are being used to fight BDS in the U.S.

Any organization that cares about Jewish continuity needs to understand that for a growing number of us, holding Israel to a standard of equality, justice, and security for everyone — whether Jewish or Palestinian — is one of the most important ways of expressing our Jewish values. As the Forward has suggested, for the sake of the Jewish community in the U.S — and I would add, even more importantly, for the sake of the future of Israelis and Palestinians, it is time for the litmus test on Israel to be over.

Rebecca Vilkomerson is executive director of Jewish Voice for Peace