Send Us Your Forward 50 Nominations 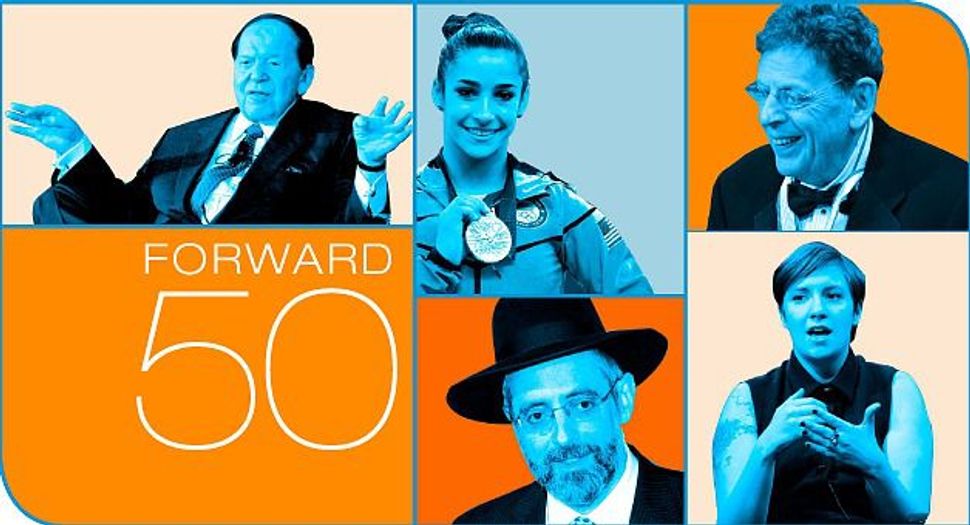 Each year, the Forward publishes the Forward 50, which is our opinionated list of American Jews who made a difference in the preceding 12 months.

Creating the list is a long process for the staff of the Forward. Each of us is required to propose names of candidates — and defend our choices in meetings with colleagues who are equally passionate about their own picks.

Call it a cage fight for Jewish journalists. Jokes aside, it’s a process that ends with a selection of Jewish figures from activism, arts, business and religion — among other fields — that are inspiring, unexpected and just plan fun.

We also ask readers to weigh in with their own suggestions.

The deadline for nominations is October 18. Submissions should be sent to [email protected].

Send Us Your Forward 50 Nominations