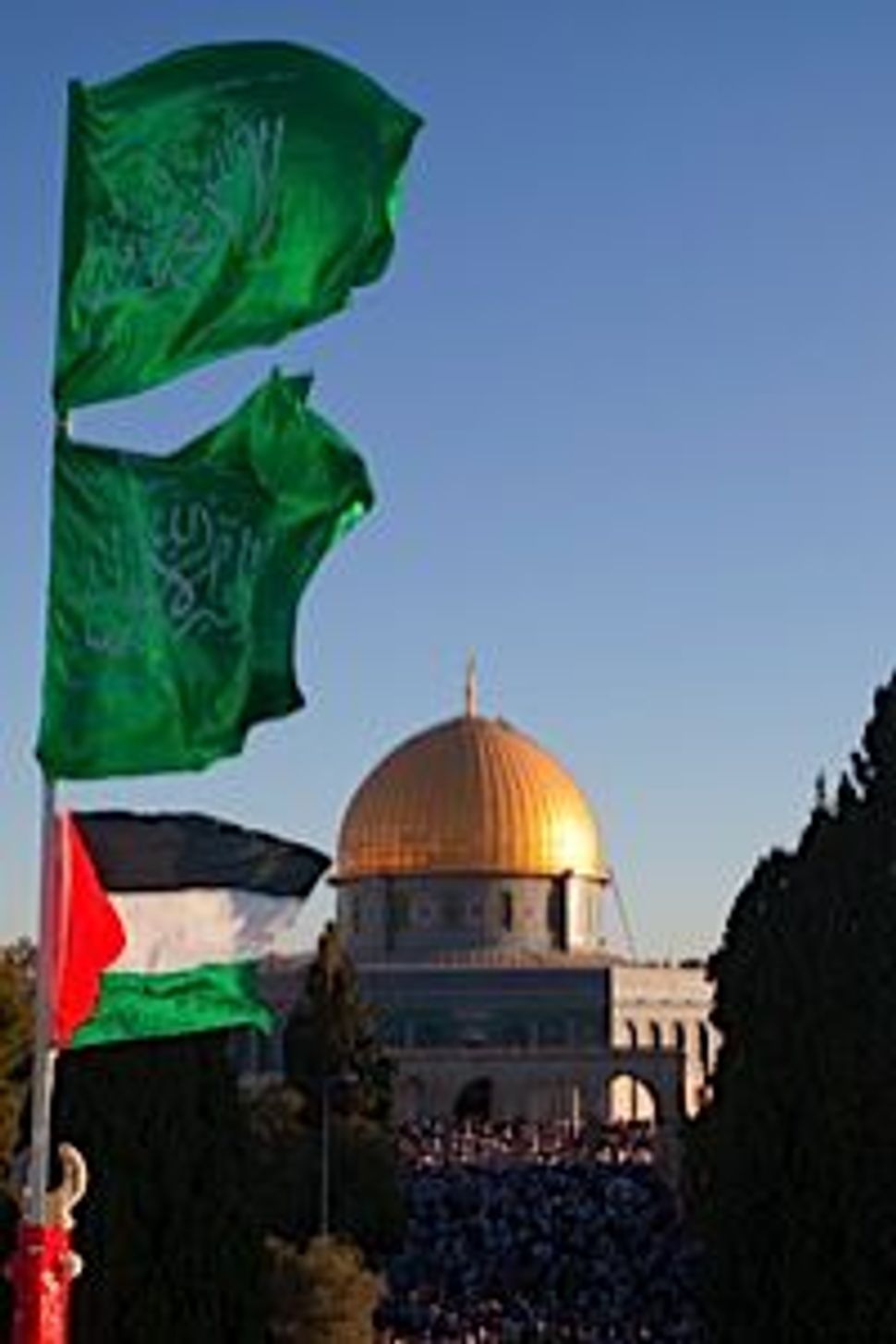 Israel is working on a secret plan to cede the Temple Mount to the Palestinians, a lawmaker from the ruling Likud party has claimed.

“The issue here is that the prime minister wants to be rid of the Temple Mount,” Moshe Feiglin, a powerful figure on the right flank of the ruling Likud party, wrote in a column published today.

Feiglin has fought hard for the right of Jews to pray at Temple Mount since winning a Knesset seat in January — causing him to clash with Likud’s party whip. Currently, Jews may only ascend during specific hours and may not pray there.

Feiglin wrote that while past negotiations broke down after other subjects were settled on the matter of Temple Mount, the “current process is just the opposite: Prime Minister Netanyahu has already reached agreements in principle and now he is going to create the facts on the ground and get the public accustomed to the new reality.”

He went on to describe what he sees on the horizon. “First, Israel cedes the Temple Mount and Jerusalem while declaring that we are doing no such thing. But the facts on the ground show that we are — in front of our very eyes. At a certain stage, Netanyahu will have to admit the truth. “

According to most analysts the peace negotiations between Israel and the Palestinian Authority have reached something of an impasse, and it is unlikely that Feiglin would be the man to know about a secret deal that has been kept from the rest of the world.

The Temple Mount has long been a popular setting for conspiracy theories. Many Arab leaders claim that plans are underway by Israel to demolish the Al-Aksa mosque and demonstrations against the “danger” to Al-Aksa are common.

Feiglin ends his column with a rebuke to the religious-right, saying that by not visiting in large enough numbers, they are allowing this to happen. “We cannot complain about Netanyahu or the police because if only twenty Jews a day visit the Temple Mount, as opposed to tens of thousands of Arabs, then all my words are meaningless,” he wrote.