Why Exactly Are We So Exceptional? 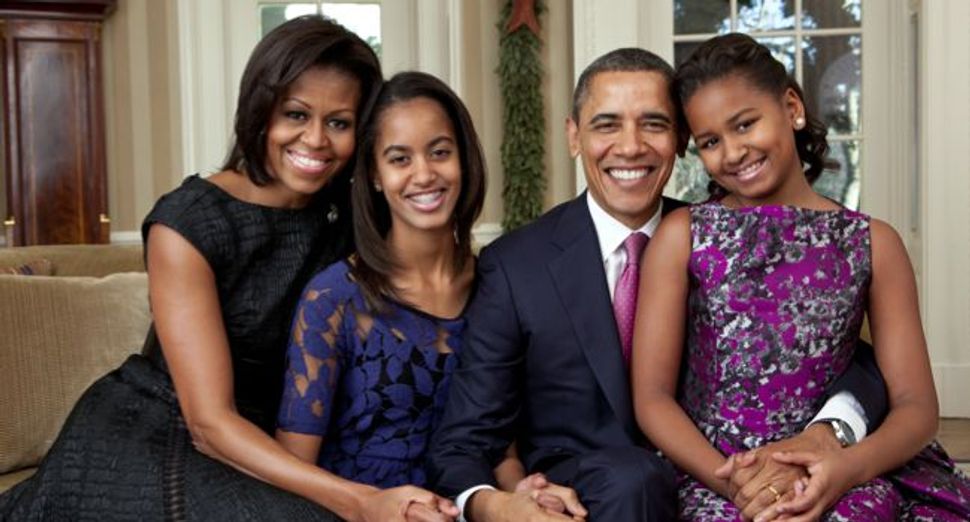 First Family: With Obama?s presidency, the diversity of the country has been celebrated, not merely accepted. Image by Getty Images

Several weeks ago, in a New York Times op-ed piece, Vladimir Putin wrote, “It is extremely dangerous to encourage people to see themselves as exceptional, whatever the motivation.” It did not take long for President Obama to assert the contrary, in his address to the UN General Assembly: “Some may disagree, but I believe America is exceptional,” Obama said. He believes in American exceptionalism “in part because we have shown a willingness through the sacrifice of blood and treasure to stand up not only for our own narrow self-interest but for the interests of all.”

There’s a vast literature on American exceptionalism. Often, the unstated intent is to call attention to America’s “destiny,” to its status as the land of the free and the home of the brave, the shining city on the hill, the nation that early on broke with European tradition and hinged everything on the consent of the governed. “Exceptionalism” becomes a form of self-congratulation.

Yet the empirical truth seems to be that if you bother to parse our exceptionalism, it’s not all that exceptional, especially these days, when the crown jewel of our exceptionalism, the vastness of our middle class, seems rather badly tarnished, in a state of escalating atrophy. “The consent of the governed” is a seductive phrase, but it presumes a broad consent to the current lunacy in Washington — in the House of Representatives in particular — that the polls decisively belie.

Or take the individual components implicitly referenced when American exceptionalism is invoked: A caring society? We are far behind other nations in the supports we offer the down and out. We’re second in childhood poverty, 49th in life expectancy, 16th in manufacturing compensation, 9th in retirement security, 17th in educational performance. Income equality? Dishonored in the breach. Health care? Higher costs and worse outcomes than elsewhere. Pre-school learning opportunities? In Belgium, 99.6% of three year-olds are in pre-school; in the US, 33.3%. And so on down the line.

Nor, after Vietnam and Iraq, can we plausibly claim the high ground in peace-making.

So where is the exceptionalism?

It is odd that President Obama, of all people, missed it. There is indeed one mega claim that cannot be rebutted. And that is that we are the only (virtually) continental society that contains such endless diversity in ethnicity, religion, and the other variables that make us so heterogeneous.

Our heterogeneity has not always been thought a good thing. Thomas Jefferson had worried that immigrants would “infuse into [legislation] their spirit, warp and bias its directions, and render it a heterogeneous, incoherent, distracted mass.” John Quincy Adams insisted that new immigrants “must cast off the European skin, never to resume it. They must look forward to their posterity rather than backward to their ancestors.” Woodrow Wilson claimed that “A man who thinks of himself as belonging to a particular national group has not yet become an American.”

And in 1908, Israel Zangwill coined the term “melting pot” and (though himself English) surely expressed a very popular Jewish view. Here is an excerpt from the key speech of the hero of the Melting Pot, one David Quixano: “America is God’s crucible, the great Melting Pot where all races of Europe are melting and reforming! Here you stand, good folk, think I, when I see them at Ellis Island, here you stand in your fifty groups with your fifty languages and histories, and your fifty blood hatreds and rivalries, but you won’t be long like that brothers, for these are the fires of God you’ve come to — these are the fires of God. A fig for your feuds and vendettas! German and Frenchman, Irishman and Englishman, Jews and Russians — into the crucible with you all! God is making the American.”

Most of those who thought about such things viewed the facts of enduring ethnic and racial separateness as disturbing atavisms, indications of how far our practice had yet to go in order to comport with our theory. Yet there was a minority view that argued that the way to close the gap was not to modify the practice, but to alter the theory. The principal author of that view was Horace Kallen, and the doctrine he proposed was called “cultural pluralism.”

America, Kallen claimed (back in 1913), is “a democracy of nationalities,” a federation of ethnic groups. It was and should remain a symphony orchestra, each section contributing its own distinctive quality to the larger whole, a whole that would thereby be larger than the sum of its parts.

Kallen’s vindication: By now, the fact of ethnic difference is not merely accepted; it is celebrated. That has been a transformation of truly major significance, and it has happened almost without notice. And therein lies America’s true and profound exceptionalism. Barack Obama, of all people, should know that.

Why Exactly Are We So Exceptional?