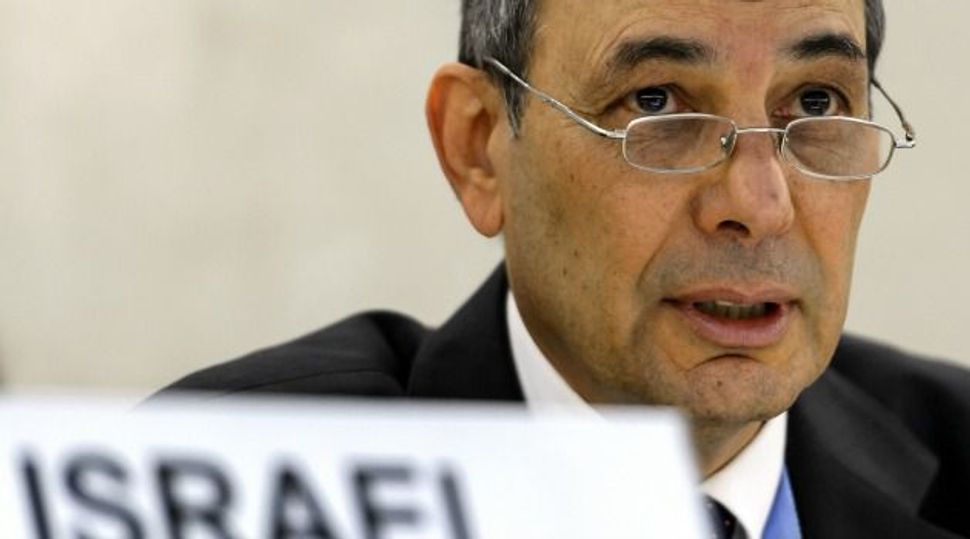 The goals of the United Nations Human Rights Council (UNHRC) are laudatory: a non-partisan forum designed to promote the highest levels of human rights adherence by nations around the world. Unfortunately, the current council fails to perform its mission as it has descended into concerning itself more with local politics and decades old ideological conflicts. Due to the council’s disproportionate condemnation of Israeli policies, the body loses legitimacy to honestly judge human rights performance and weakens the stature of the United Nations around the world.

After an 18-month boycott, Israeli Prime Minister Benjamin Netanyahu ended his country’s boycott of the council by participating in the country’s annual review earlier this week. Haaretz reported that German Foreign Minister Guido Westerwelle sent a harsh letter to Prime Minister Benjamin Netanyahu demanding Israel appear before the UNHRC or face “severe diplomatic damage.” The New York Times harshly criticized Israel for previously refusing to appear before the tribunal in an editorial saying, “it (Israel) unwisely set itself further apart with a decision to withhold cooperation from a United Nations Human Rights Council Review of its human rights practice.”

It is true that Israel has from an ideal human rights record. Netanyahu’s insistence on continuing to build settlements on the West Bank plays a destructive role to the peace process. Furthermore, Israel’s occupation of the West Bank must end and allow for the creation of an independent Palestinian state. Nonetheless, the council’s obsessive focus on Israel and the hypocrisy of its member states makes the legitimate criticism of Israel sound unwarranted.

In Iran’s vicious attack on Israel’s record, its U.N. representative called Israel the “regime” and refused to acknowledge the name Israel even when interrupted by the Israeli official asking him which regime he was discussing. If Iran is not willing to recognize another UN member state’s right to exist for political purposes, it should not sit on the UNHRC and judge Israel’s performance as Iran is clearly biased. The representative from the non-democratically elected Omani regime called for all Palestinian prisoners be released from Israeli jails. This is despite many of the Palestinian prisoners are incarcerated for engaging in brutal terror attacks killing Holocaust survivors, women, and children in cafés and buses.

No other country would ever be asked to release all of its prisoners, especially those who have committed such horrible atrocities. Possibly, the most absurd rebuke came from Syria who called for all “Syrian citizens” living in the Israeli Golan Heights to be permitted to visit their families in Syria. The hypocrisy of a nation whose leader has murdered tens of thousands of his own people and used chemical weapons on innocent civilians is unspeakable. Only at the U.N. would such a spectacle of such repressive regimes criticizing Israel be tolerated.

Sadly, this is not the first time that the council has demonstrated extreme bias towards Israel. More than half of all its resolutions since created in 2006 have focused on Israel’s alleged human rights violations. Israel is the only nation to have a standing item on the group’s biannual meeting as in the U.N.’s mind Israel is clearly the worst human rights abuser in the world far surpassing the concentration camps of North Korea or the leader wanted by the International Criminal Court for genocide in Sudan. The United Nations former Secretary General, Kofi Annan, has called on the council to rethink their disproportionate time spent on Israel.

While Israel has made mistakes, it is important not to forget some of Israel’s achievements. This week, Netanyahu agreed to release a new wave of Palestinian prisoners in order to contribute to the atmosphere of the peace process. Freedom House rates Israel “free”, an achievement not achieved by many of the council members. Finally, Israel faces a unique security challenge with over a dozen rockets falling from Gaza during the previous months and an increase in attacks from the West Bank. Yet, reading the one-sided condemnations of Israel at the council, one does not see any of this nuance.

Regrettably, the human rights council has failed in its mission to protect human rights by turning the council into a political pawn. While Israel should be lauded for attending this biased forum, significant changes must be made lest the council become a laughingstock of the world.