Susan Katz Miller, the author of a new book, “Being Both: Embracing Two Religions in One Interfaith Family,” recently argued in a New York Times op-ed that children being raised as Jewish and something else are not totally lost to Judaism. She said that kids who learn about the faith when they are young may embrace the Jewish part of their identity when they are older, or develop an affinity for Judaism even if they choose another faith or none at all.

As an intermarried Jew, I agree that children being raised in two faiths or none at all should not be discounted by the Jewish community for the very reason Miller states: These children may, as adults, decided to fully engage in Judaism. But I certainly disagree with her suggestion that children from interfaith families being raised in one faith are somehow being coerced into a religious identity.

Faced with the same challenge as Miller and her husband — what the religious identity of our interfaith family should be — my husband and I chose Judaism. I’d like to explain why.

When we were dating, we discussed how we should approach the issue of our two faiths should we get married. I wanted a Jewish home; my husband wanted to celebrate both traditions. His interest in a dual-faith home was driven not by a theological commitment to Christianity, but rather by a desire to be part of both of our family’s celebrations.

We read books that presented various interfaith arrangements, from conversion to raising children in two religions to joining the Unitarian church. I tried to “let go,” as Miller suggests, and get comfortable with the dual-faith idea, but the issue of the divinity of Jesus was a sticking point.

How could our family be “really Jewish” if we recognized Jesus as the Messiah? How could we be “really Christian” if we didn’t? It seemed that by choosing a hybrid path, our family would simply be on the threshold of both faiths but not be truly part of either.

What bothered me about this solution was that being Jewish is about more than faith; it is about culture, shared history and community. It is as much about peoplehood as it is about God.

I explained to my husband that a bond unites every individual Jew with the larger Jewish community. Kol Yisrael arevim zeh bazeh — All Jews are responsible for one another. I wanted my children to feel a part of this bigger group.

As we struggled to resolve our faith-in-the-home dilemma, we took a class on interfaith relationships at the Center for Religious Inquiry, in New York City. Taught by a rabbi and a rector, the class impressed upon us the importance of choosing one religion, and made us consider the decision from a child’s point of view.

“Your child is asked to make a winter holiday art project. She can make only one,” the rector said. “She must choose red and green paper to create a Christmas theme, or blue and white for Hanukkah. It appears that this is a simple choice, but for a child being raised in a home with two religions, with no clear religious identity, this is not a choice between colored papers; it is a choice between Mommy and Daddy. That’s a decision no child wants to make.” Neither one of us wanted to put our future child in that position.

We understood that children do not have the developmental toolkit to make a choice about religion, and that by choosing one religious identity for our nuclear family we would be able to provide a framework for imparting the values that we wanted to instill in our children.

We realized that identifying with one faith would not deprive or shield our child from having full knowledge of his religious background. Rather, it would provide a foundation from which to discuss the “common ground, important differences and intertwined history” of Christianity and Judaism that Miller believes can be found in only a dual-faith environment.

We chose to raise our child as a Jew because being Jewish is about more than faith, and its emphasis on right action rather than a specific concept of God encourages the kind of exploration and questioning that Miller thinks can be nurtured in only a dual-faith community. At our Sabbath table, my husband, son and I discuss and debate regularly our ideas about the existence of a divine presence, and our thoughts on the meaning of the Torah portion, including how it pertains to other religions.

We do not need to be dual faith to discuss the differences between Jews and Christians with our son. As a Jewish interfaith family, we have been having this conversation since he was 4, when he asked what the difference between the two faiths is. What started as a simple explanation has evolved as he has grown. And our single-faith status does not stop us from celebrating non-Jewish holidays with our extended family.

I do not think my interfaith family is less religiously enlightened because we have chosen to be Jewish. On the contrary, I think giving our son a strong basis from which to expand his knowledge of all religions is a bold choice that will enable him to make educated and well-informed decisions later in life. 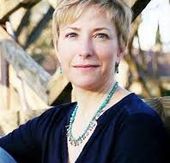 You Can't Be Both (Jewish and Not)

You Can't Be Both (Jewish and Not)