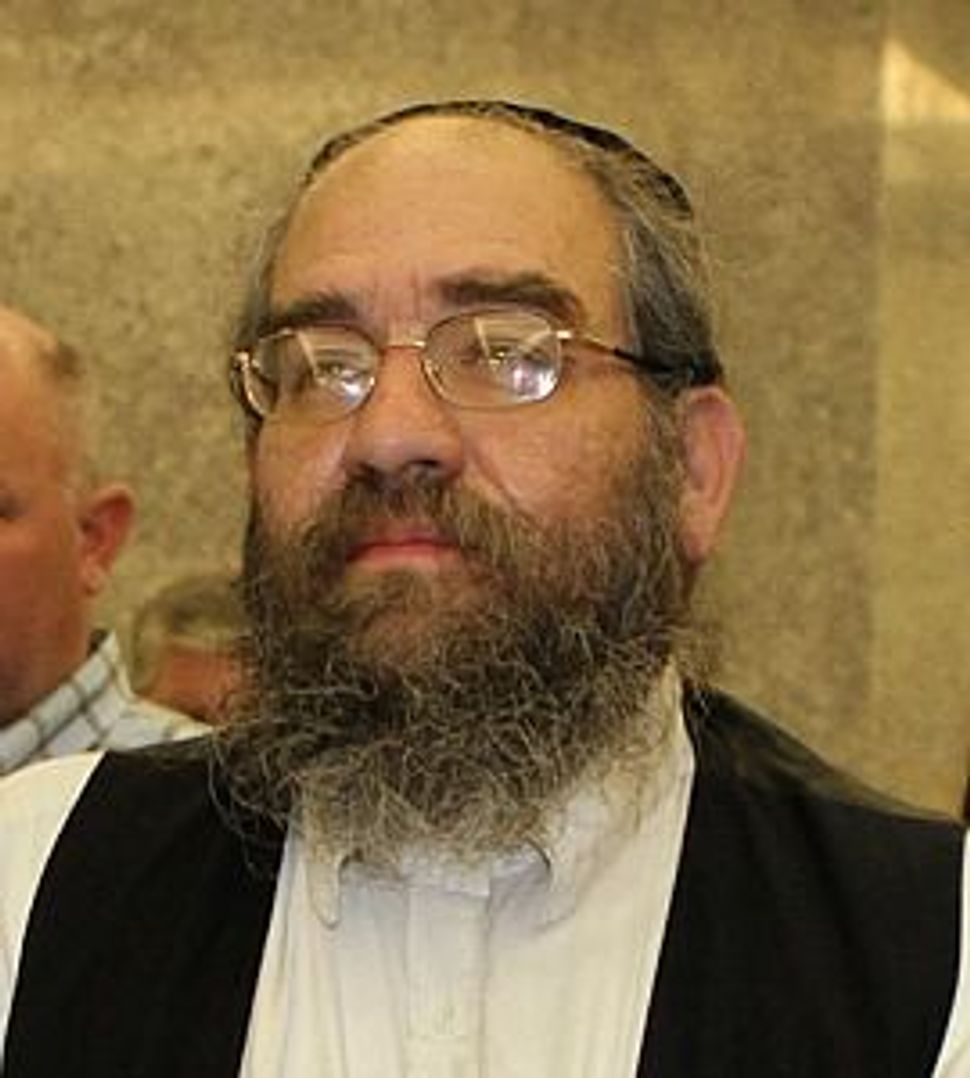 For this week’s story about the cases of accused molester Baruch Lebovits and accused extortionist Sam Kellner, the Forward was provided with a trove of secretly-recorded conversations.

Among the recordings is a conversation Sam Kellner had with the family of a man who had already pled guilty to abuse charges.

Over the course of 80 minutes, Kellner counsels the family that the man could avoid jail by getting ultra-Orthodox rabbis to pressure Brooklyn district attorney Charles Hynes and by bribing prosecutors. (A spokesman for the DA’s office said assertions of possible wrongdoing are “ludicrous.”)

The Forward made a commitment to protect the identity of the family involved, therefore we have provided two excerpts from the recording. Passages where people other than Kellner talk have been bleeped out.

The recording was made on the street in Brooklyn and the audio quality is poor, therefore the Forward has provided transcripts below.

“You cannot get askunim (communal leaders) together because the askunim, everyone has a different mind. It’s a, it’s a, it’s a task. The first thing that you’ve got to get is you’ve got to get a couple of the rabbunim from Boro Park. They should put a squeeze on the D.A. because the D.A. is a politician… is a politician. He needs votes. The same as you need air to breath, he needs votes. Without votes he’s going back home. So he never fights a community because he always [inaud]… by you he fighted one person. You’ve got to make it into a much bigger fight. Hey, you took a Jewish man, you railroaded him into a deal, … and we won’t forget it. You’re up for election. The only. Any kind of connection that the rabbunim have and every kind of pull is just because they have the votes and he needs them. So, if you’re not mixing people with votes, you are not getting nowhere.”

In this second excerpt Kellner explains that the family should hire a lawyer, Asher White, to defend the abuser because White’s wife, Henna White, works in the D.A.’s office. (There was no suggestion by the parties on the tape that White would act unethically.)

“She is Charles Hynes’ right hand. He. She is his personal secretary. So you always try to get those people because … if someone calls in and says [inaud] called and he’s against your husband, they still have to go through Henna White. So Henna White is not going to let them go through because right now she’s not fighting him she’s fighting her husband. Because we hired her husband to get him out… Don’t you understand, you’ve got to break the DA. It’s not that easy, but that’s your only chance that the DA should decide is that, Hey it was a mistake, we’re gonna look for another guy. this guy is not going away.”