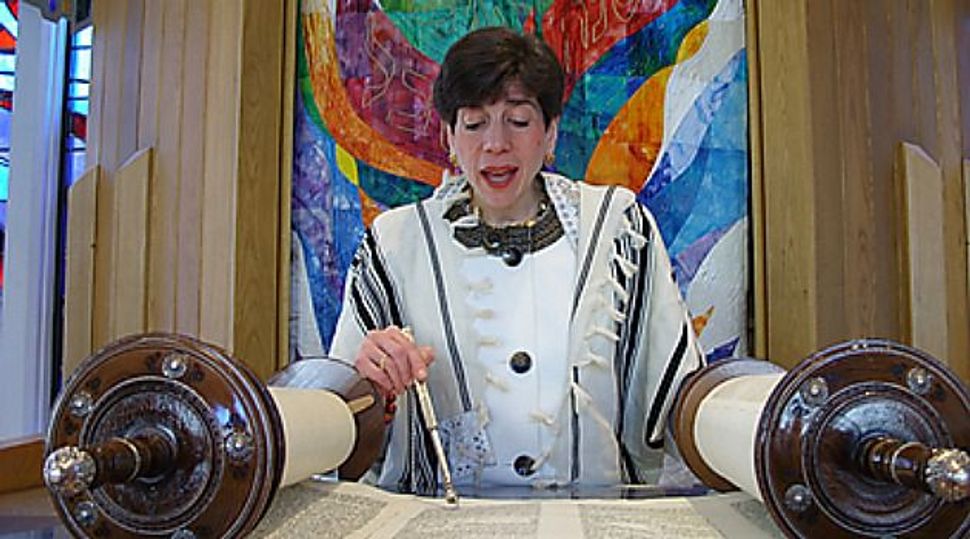 A line in Michah Gottlieb’s heartfelt cri de coeur about why he left Conservative Judaism for Orthodoxy jumped out at me. In a column published two weeks ago in the Forward, the New York University professor described his gradual disenchantment with the lackluster observance and intellectual dishonesty of the Conservative movement of his youth. Chief among his complaints was the obsession with egalitarianism and with the ordination of women.

“It seemed to me that focusing on egalitarianism was a distraction from the real problem: that Conservative Jews were not committed to Halacha and Jewish learning,” he wrote.

Perhaps it was a distraction for Gottlieb, a man. For me, my gender is not a distraction; it’s a fact. And being part of a movement that considers me an equal and that embraces the enormous contributions of women, is the central reason I’m a Conservative Jew.

Gottlieb represents a small but noticeable trend of Conservative Jews finding more authenticity and vibrancy in Orthodox communities. The recent Pew Research Center’s survey noted that 4% of American Jews raised in Conservative households and 1% of those raised Reform now consider themselves Orthodox. We don’t know the gender breakdown, but I wager that most who have made the shift are men.

“Where Have All the Good (Conservative) Men Gone?” asked Sara Miriam Liben, writing in the Times of Israel. Her answer: to the Orthodox minyan. Women, she noted, “cannot make this shift fluidly.”

There’s a mechitzah standing in the way.

I respect those who choose the tradition and solidarity of gender-segregated religious practice but personally, I don’t do well behind the mechitzah. I tend to either distance myself from the service altogether or sing really, really loud. My husband and I have visited many synagogues in the last five years and I can tell you this: In many traditional Orthodox services, there is often hardly anyone in the women’s section until 11:45 on a Shabbat morning. Women just don’t count.

But this isn’t about me and my needs. My concern is directed to Michah Gottlieb and the many other men who decide that it isn’t necessary to sit with their wives or daughters in synagogue, who don’t miss hearing their voices or benefiting from their teaching or reveling in their leadership or calling them “rabbi.” Egalitarianism must mean as much to men as it does to women for it to be a communal value. Why doesn’t it?

Addressing the young men she knows who grew up Conservative and now consider themselves Orthodox, Liben wrote:

“Stop writing about how there is no longer a place for you and further widening that [gender] gap by leaving….Stop saying that you can reconcile an egalitarian upbringing with a non-egalitarian community, because some of you do not know what it means to be told that you are not a ritually equal member of a community.”

Please don’t dismiss this observation as whining from women seeking attention. There is an oozing demographic crisis for anyone who believes in a Judaism that can embrace tradition and egalitarianism simultaneously. You may have read Josh Nathan-Kazis’s excellent story citing new figures from the Pew survey showing that the Orthodox population is growing even faster than earlier reports suggested.

Even newer figures illustrate part of what’s behind that trend: not just Orthodox growth, but non-Orthodox shrinkage. Steven M. Cohen, an advisor to the Pew study, shared data with me showing that there are now 1.35 million non-Orthodox American Jews aged 40 to 57 but there are only 950,000 non-Orthodox Jews under 17 years of age, a 30% drop. Given the extremely low fertility rates among the non-Orthodox, what does this portend for the future?

It pains me to think that men raised as egalitarian Jews are discarding that value without regard to the profound effects on women and the community as a whole. Surely the fault lies in a Conservative movement that doesn’t retain enough Jews interested in meaningful, worldly Judaism. But the “movement” can only bear so much blame. Individuals are giving up on egalitarianism. Why? And at what cost?