In Orthodox Conflict, Unity Versus Unilateralism 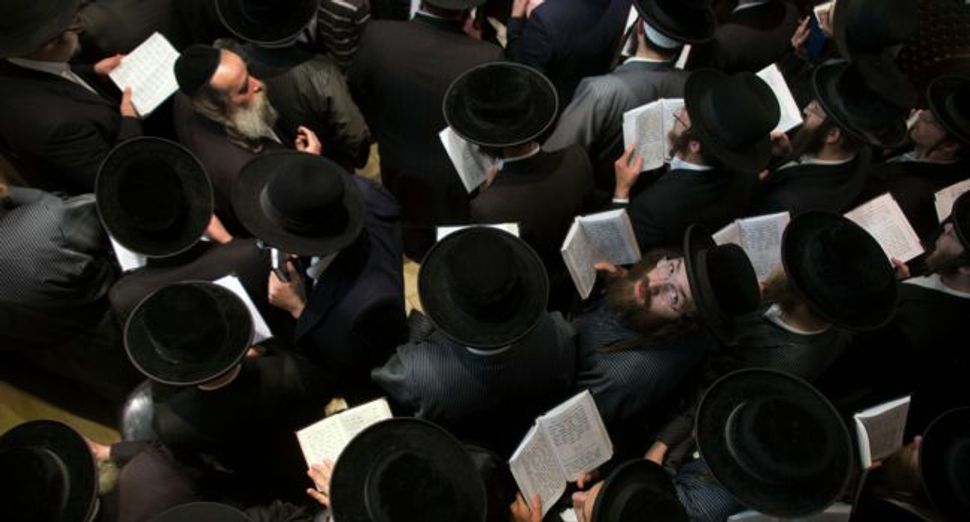 Division: What happens when a part of a religious strikes out on its own? Image by Getty Images

Why does such a small nation continue to split into smaller pieces of a shrinking pie? I am certain that historians have more insight than I, but allow me to make a simple observation. Aside from basic human nature, there is an important political aspect to the splits. A movement remains viable only when its members care what each other think, when they are willing to listen and respond to one another’s concerns. Compromise is the masking tape of unity, clumsily but effectively keeping loose pieces from falling off. When we stop caring about how our colleagues and neighbors react, when we act unilaterally on the most contentious issues, we implicitly create new movements that are only formalized over time.

In Jonathan Sarna’s recent essay in these pages, discussing a letter published in Haaretz from mainstream Orthodox rabbis rejecting recent developments in Open Orthodoxy, he astutely sees the letter’s historic significance but misses one important — perhaps the most important — element. Sarna correctly notes that the Rabbinical Council of America, the central rabbinic body of Orthodox Judaism today, was itself subject to denunciations from the right in 1938, when it was first founded; however, he could have added even more historical context. Strongly worded objections have a long tradition in the Orthodox community, and for a very good reason.

A loosely held movement like Orthodoxy is counterintuitively united by denunciations. As we adapt to changing circumstances, as we test new ideas and practices, we sometimes incorrectly misread our co-religionists’ views. Public objections when private conversations fail — sometimes even harsh denunciations like that Haaretz letter — are wake-up calls to change direction for the sake of unity. They are uncomfortable, embarrassing and sometimes ugly, but they work. Many have commented that the messy 18th-century fight between Hasidim and their opponents ended because the Hasidim moderated their excesses in response to opposition. They stopped acting unilaterally and increased the priority of unity.

Sometimes, of course, there are divisive issues that are more important than unity. There are limits to our ability to compromise, issues that are close to our heart and key to our purpose, but for which we pay a heavy price.

Three years ago, the RCA issued a unanimous statement in opposition to the ordination of women as rabbis, regardless of what title they were given. A few months ago, Yeshivat Maharat graduated four maharats, women rabbis, who have now been employed by four synagogues. Yeshivat Maharat, founded by Rabbi Avi Weiss and housed in his synagogue along with his Yeshivat Chovevei Torah, is a cornerstone of Open Orthodoxy. Five months ago, the Jewish Orthodox Feminist Alliance convened a conference on the agunah problem, concerning Orthodox women whose husbands do not grant them a religious divorce. Key speakers advocated reviving a long dormant proposal — many times denounced by leading rabbis — that would effectively reinterpret the Talmud so that troubled marriages could be annulled without the husband’s permission.

Despite the strongest objections from mainstream Orthodoxy, Open Orthodoxy has chosen to strike out unilaterally in many ways that other rabbis find discomfiting. For members of the movement, principle has clearly trumped unity. These are actions that therefore threaten to splinter the Orthodox movement.

The letter in Haaretz, which was issued by individual rabbis (there are now over 60 signatories, including a current RCA officer, multiple members of the RCA executive committee, two RCA past presidents and this writer) was in response to Rabbi Asher Lopatin’s op-ed declaring his widespread support for mainstream Orthodoxy. The letter might seem like a denunciation of Lopatin or even a threat, but it is actually a call for unity. And that is what Sarna’s essay overlooks. The letter ends by asking the leaders of Open Orthodoxy to reconsider their unilateral actions. It is a request that they try to find some kind common ground with the rest of Orthodoxy and not disregard the principles that matter most to their fellow rabbis.

There remains now only the question of whether these Open Orthodox rabbis will start acting like members of a movement who care how their colleagues will react or whether they will go off on their own, acting unilaterally and creating their own movement.

Gil Student is the publisher and editor-in-chief of TorahMusings.com

In Orthodox Conflict, Unity Versus Unilateralism