Heartbreak and Hope in the Philippines 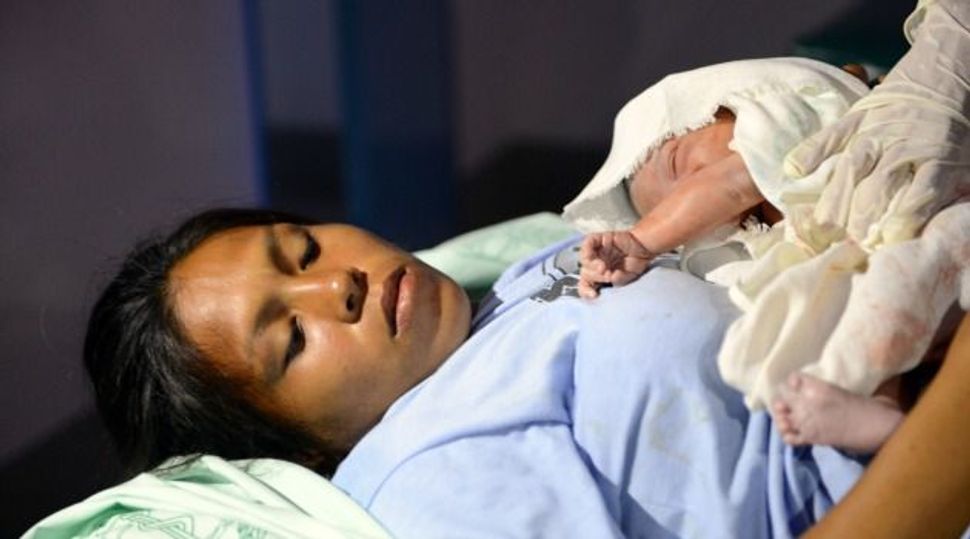 Ofer Merin had just overseen the labors of three preterm pregnant women when the medical manager of Israel’s field hospital in the Philippines took a few minutes to discuss his work this morning.

“If we wouldn’t have been here there would have been one nurse or one physician treating all of them,” he said in a phone call interview.

After Typhoon Haiyan struck, the physician delegated his responsibilities as deputy director of Jerusalem’s Shaarei Zedek Medical Center after the typhoon, and on Wednesday flew with the Israeli military’s field hospital, the only medical aid facility in the island of Cebu.

The 125-person delegation which operates the hospital arrived with everything they need. “We are a self sufficient operation,” said Merin. “We bring everything from our generator and our gasoline to our food.”

Some 11 babies have been delivered since the hospital’s first birth on Friday — a boy who has been called Israel in recognition of the doctor’s efforts. This morning’s births were two girls and a boy, the youngest of whom was born at 33 weeks and weighed less than 5 pounds. All babies are healthy.

One of the medics found himself in the Philippines instead of on honeymoon — he got married just two days before the delegation left, and cancelled leave to join it.

Merin said that the hospital is treating around 300 people per day. Some have what Western doctors normally call “minor injuries” — “but with secondary infections could become much more serious.” Others have chronic diseases and have had their treatment interrupted by the typhoon.

Merin said that the Israeli team is operating in “hot and humid” conditions, adding: “Physical conditions are part of the challenge.”

In the early hours of this morning a man who had been stabbed — possibly in an atmosphere of lawlessness following the typhoon — arrived, and the team knew that the necessary chest-draining procedure is not available in local medical establishments. “I saw him a few hours ago and there is no question that he will survive and make it,” commented Merin.

He said that he expects the hospital to stay in place for around two weeks — and leave some equipment behind to help local healthcare professionals at the end of the time.

Heartbreak and Hope in the Philippines