The Trouble With Idealizing Hasidim 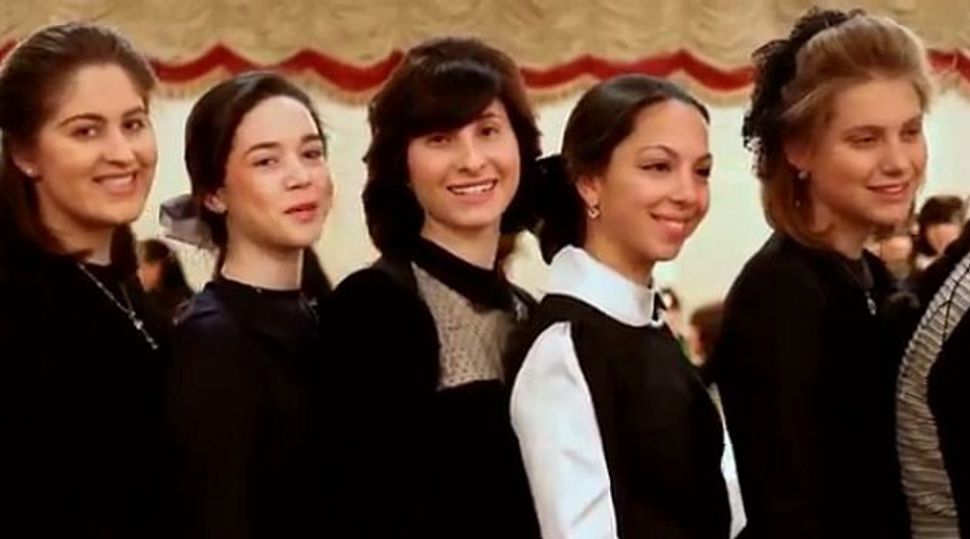 Ralph Lauren and Calvin Klein have yet to sell shtreimels. But one fashion commentator — and a whole lot of YouTube viewers — think Hasidic garb is worth another look.

“The Substance of Hasidic Style,” a video posted by fashion platform StyleLikeU (and reposted by Upworthy), has garnered more than 170,000 views after it was picked up by Upworthy.com. The 16-minute mini-documentary is comprised of interviews with several Hasidim and focuses on Hasidic attitudes towards fashion, modesty, community, and belief in God.

Elisa Goodkind and Lily Mandlebaum, the mother-daughter team that runs StyleLikeU, could easily have treated the Hasidic community as some sort of oddball curiosity. When I read that they had previously produced short films on the style of monks, nuns, and ballerinas, I was skeptical about how they might portray Hasidim: would they be shown as a freakish “other,” wearing outlandish clothing, stuck in the past?

To the team’s credit, the film treats the Hasidic community quite respectfully and even admiringly. Elisa Goodkind writes that the time she and her team spent among Hasidim in the Catskills was “a 12-hour odyssey that would change us forever.”

“[N]ot only did I begin to identify with some of my own life values, but I found a new group of the coolest people I had met in a long time, who were about to become my new great friends,” writes Goodkind, who describes herself as “a reform and rebellious Jew.” Her film not only depicts Hasidic clothing, but offers a broader looks at the Hasidic way of life. Hasidic views on modesty, community, and femininity are all portrayed sympathetically.

Unfortunately, the film often feels like a PR video which could easily have been produced by Chabad or Orthodox outreach group Aish HaTorah. Over the sound of soft piano-and-string music, interviewees talk about the beauty of Hasidism and Orthodoxy. “My father, and his father, and his father, and going back to when we received the Torah at Mount Sinai – that chain has not been broken,” says Solomon Rosenberg, a Hasidic paramedic.

In its rush to compliment Hasidic Jewry, the video misses several layers of nuance. With the exception of Chabad, Goodkind does not differentiate between Hasidic sects. In failing to do so, she missed a golden opportunity to explore the differences in ritual, theology, and even fashion between Hasidic sects.

At a recent Israel Museum exhibit, “A World Apart Next Door: Glimpses into the Life of Hasidic Jews,” thousands of museumgoers learned the differences among Hasidic sects’ garb, browsing among cases of containing different types of shtreimels (Hasidic fur hats) and bekishes (formal coats).

But StyleLikeU’s film misses the opportunity to explain these rich variations in style. How can we tell a Breslover from a Ger Hasid? A Shomer Emunim from a Satmar Hasid? We never learn how to distinguish among the formal coats – including black bekishes and gold caftans – or the variety of shtreimels worn by each Hasidic court. The difference between the garb of Hasidim and their spiritual leaders is similarly unexplored; in fact, the concept of a “rebbe,” so central to Hasidic, goes unmentioned altogether.

Goodkind rightly praises the strong communities built by Hasidim, who are “committed to helping their neighbors and free of a preoccupation with sensational, pop culture.” I fully agree that Hasidic communities – and Orthodox communities more generally – offer American society an important alternative model for how to build community and lead a meaningful life.

“The big families, the sense of belonging to an extended community, and the reverence for the female body, mind and soul, were among the eye-opening and thought-provoking revelations,” Goodkind wrote.

Again, added nuance would have helped. There are all sorts of downsides to maintaining a tight-knit, insular community. Attempting to leave such a community can be incredibly painful, as shown in a recent tragic episode involving an ex-Skver Hasid. Victims of abuse are also less likely to ask for help from the police. Outsiders are easily noticed (thanks to their different garb, for starters) and are often viewed with suspicion, depending on the sect.

Vigilante modesty patrols have sprung up in a few Hasidic communities, enforcing strict communal tznius (modesty) norms. And by no means would other Jews agree that Hasidic Jewry’s approach to women is as rosy or feminist as the film portrays it.

As a direct descendant of the Baal Shem Tov, the founder of Hasidism, I deeply admire the fresh voices that Hasidism brought into the fold of Judaism. I identify as Modern Orthodox, but Hasidic music, Hasidic Torah, and Hasidic prayer are all part of who I am. But I would feel deeply uncomfortable creating a movie portrays the Hasidic community as a monolithic entity free of any flaw.

The Trouble With Idealizing Hasidim