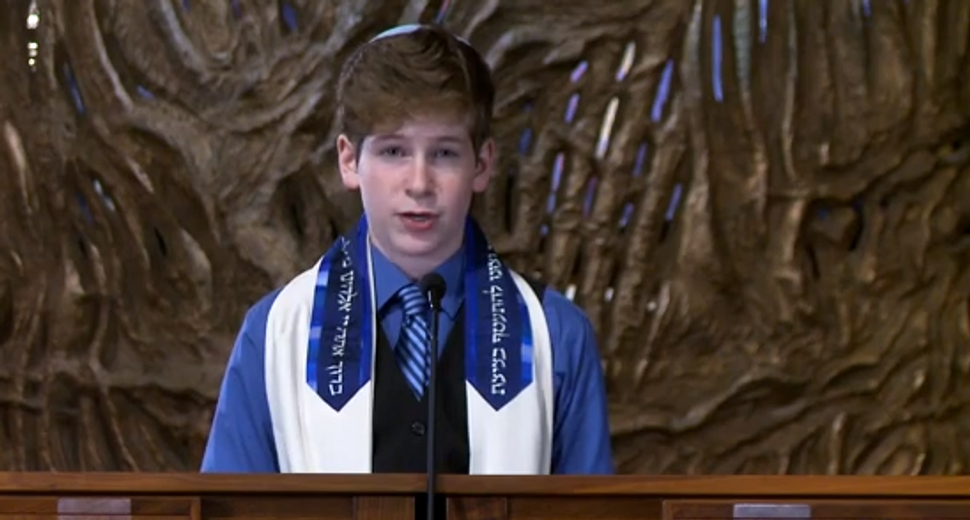 At my bar mitzvah, many moons ago, I took the daring step to talk about… I can’t remember. Like most Bar and Bat Mitzvah kids, my remarks were pretty perfunctory.

But not those of Duncan McAlpine Sennett.

In a talk now trending on YouTube, Duncan starts out in straightforward fashion, talking about his Torah portion. But then he notices something strange: that the marriages between Jacob, Rachel, and Leah were arranged, with no consent of the women (or even Jacob himself, in part), and, in Duncan’s words, “Jacob married two sisters, who were both her first cousins!”

Duncan then observes how the definition of marriage has changed dramatically since Biblical times — and makes an impassioned plea to “change it just a little bit more, so that people can marry who they love.” Duncan’s timing is deliberate: same-sex marriage is on the ballot in his home state of Oregon next year, and as he name-checks his family’s gay friends in the audience, you can hear a pin drop.

The injustice and just plain weirdness of “traditional marriage” is something I myself noted in a much wordier, less eloquent article published last year. But this young man says it better, even in (or maybe, particularly in) the very familiar cadences of a bar mitzvah speech. Check it out here: