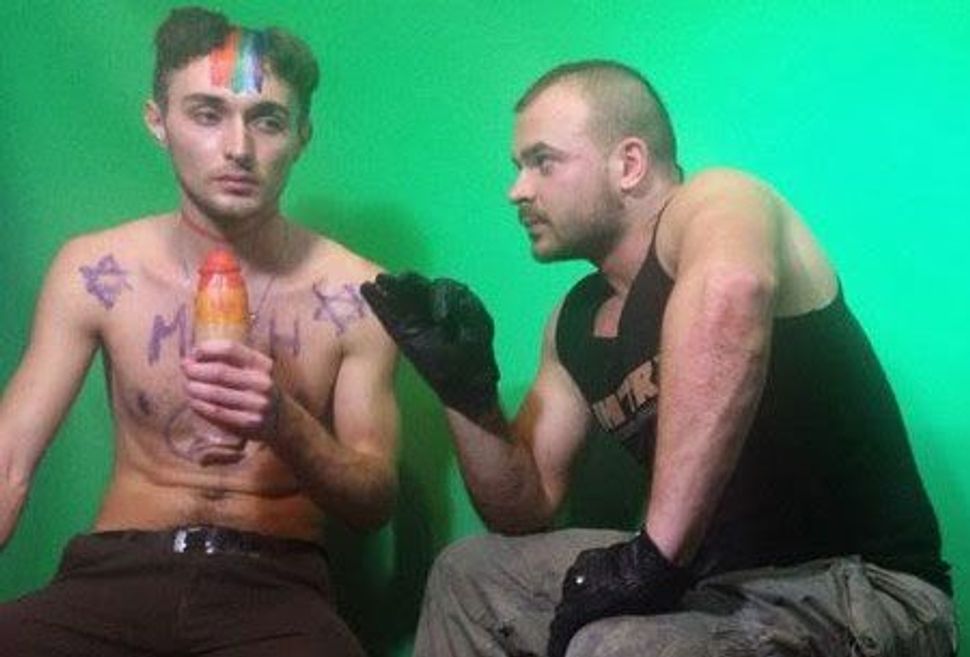 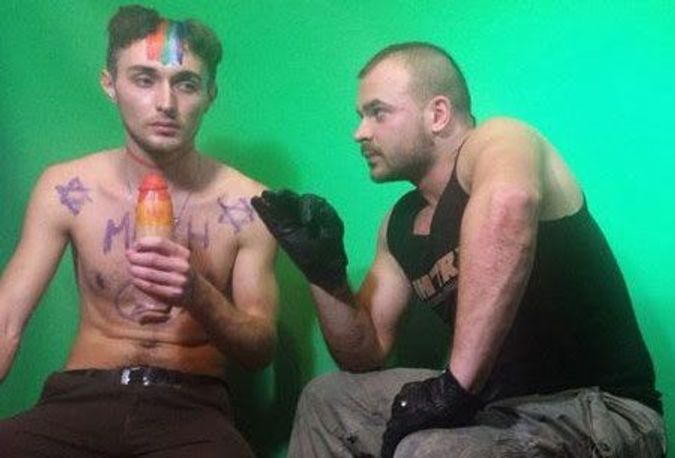 The video follows the same format of the gay-bashing torture videos that the group is (in-)famous for: a bully taunts, assaults and humiliates a gay man lured by a fake personal ad. Only this time, the victim is Alexander Bohun, a recent contestant on the Ukrainian version of “X Factor.”

What’s also notable is that, in addition to a rainbow flag painted onto Bohun’s head, the young man’s tormentors drew Jewish stars on his body. It is not known whether Bohun is actually Jewish — though this hasn’t mattered to Russia’s militias and thugs, who have targeted people for appearing Jewish just as it has targeted people for appearing gay. What does matter is that it shows that Jews need not be Dietrich Bonhoeffer (“First they came for the Communists…”) to stand up and take notice of the daily torture of LGBT people in Russia. To “Occupy Pedophilia,” gays are foreigners are pedophiles are Jews. There is no distinction in their feeble minds, and there should be no distinction in ours either.

The chief rabbi of Russia, Berel Lazar, has so far remained silent on this anti-Semitic aspect of the anti-gay violence sweeping Russia. Will he speak up now? Probably — he’s a staunch Putin ally. But he is also a prominent Chabad-Lubavitch leader. Will Chabad’s American leadership demand an end to this anti-Semitism? Or does the intermingling of Judaism and homosexuality somehow erase the anti-Semitism of these thugs?

How many more people have to be tortured with Jewish stars painted on their chests before the American Jewish community rises up in outrage, and demands that the Chabad organization take a stand in Russia?