Don’t Believe in God? Come Aboard! 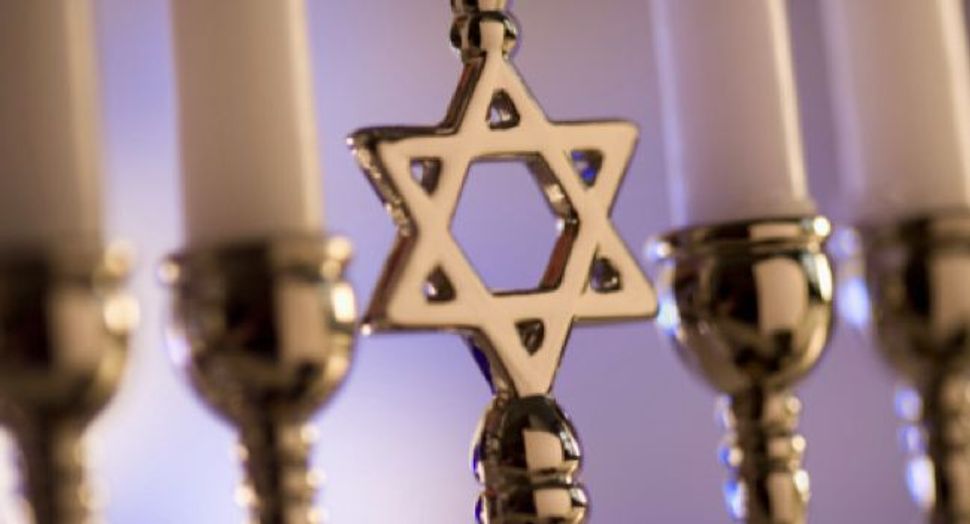 Ritual Without Belief: Many Jews engage with Judaism without believing in God. Image by Thinkstock

In the latest iteration of communal thinkers puzzling over the state of American Jewry and how to counter the dwindling number of non-Orthodox Jews, the sociologist Steven M. Cohen and Rabbi Kerry Olitzky have proposed a new path to affiliation with the Jewish people. Specifically, they want to try and capture the ever elusive demographic of people who identify as Jews even though they have no Jewish parents, and want to embrace the culture without the religion.

They even have a name for this process. It’s called Jewish Cultural Affirmation. It’s meant to provide a formal entryway to the Jewish community by actually creating a learning process, a group of people to oversee it, followed by a ceremony and even a certificate.

But it’s not conversion. God forbid. That would point toward faith and the whole concept is to somehow skirt that dimension of Judaism that Cohen and Olitzky believe is turning people off.

As someone who has been working in the community as a rabbi at the grassroots level my whole career, I have to say that this duck won’t fly.

The idea is fundamentally based on the flawed notion that one can actually strip Judaism, Jews and Jewishness of religion. I mean, I guess you can if you want to. There may even be an app for it — who knows? But seriously, for the tiny sliver of non-Jews interested in binding their lives to a Jewish community, whether alone or with partners, there’s no need to imagine that faith would be a stumbling block to plain old conversion. I can’t imagine that any rabbi I know would turn someone away from the community because they were ambivalent about religion or God. Why should only those born Jewish get to rebel against God? Aren’t we also the religion of justice and fairness?

At many turns in the process of working with couples and individuals who are interested in affiliating with and living among the Jewish people, I have encountered virtually every degree of expression between faith and faithlessness and have never seen someone walk away from their connection to Jewish peoplehood by virtue of “having to believe in God,” or be required to demonstrate anything other than a commitment to learning, observance of rituals they find meaningful and fealty to the values and traditions of Judaism as well as to the Jewish people. And most, in fact, explicitly state that what they love about becoming Jewish is that there isn’t one definition of Jewishness; that Jewish discourse requires critical thinking and dissent; and that one’s faith (or lack thereof) is as much a source of self-examination as any other aspect of one’s identity.

I’ll grant that “conversion” is not a great word. It is borrowed from other religious traditions, which privilege the centrality of a “conversionary” experience (think Paul on the road to Damascus) that Judaism is inherently skeptical of. In fact, while many people are familiar with the relatively apocryphal notion of rabbis turning away would-be converts three times (to test their sincerity), one sees beneath the surface a healthy degree of doubt exhibited toward those claiming to have experienced revelation.

I’ve converted Chinese Buddhists who’ve said, “Sorry, Rabbi. I just don’t believe in God. But I love Judaism and Jewish ritual and the Jewish people.” In. “Rabbi, I certainly don’t believe in Jesus, am not sure about God, but I love the way Judaism allows me to question, commands me to live a moral life, and fills my life with meaningful ritual, holidays, great food, humor and a strong sense of family.” In. “Rabbi, my husband doesn’t believe in God. Regrets having had a bar mitzvah. I’m not sure what I think but I know that leading this family and raising these children as Jews will fall to me.” In.

So maybe it’s not “conversion” per se but a citizenship. That’s what I tell people, anyway. You study for a period of time, you demonstrate knowledge and loyalty, you get to become a citizen. That’s how we do it in America and I would argue that this is what the sages had in mind when they created the process.

Some were strict (Shammai) and others were lenient (Hillel). And without a doubt there were varying degrees of stringency in between. But the notion of separating faith and culture when dealing with Judaism, Jews and Jewish civilization, is like making a kugel without eggs. It doesn’t work.

You don’t want to believe? So don’t believe. Something inspired Abraham to start a new nation; Something inspired Moses to start a revolution and free an enslaved nation; Something enraged the Prophets to speak of feeding the hungry, clothing the naked, and turning swords into plowshares; and Something spoke to our ancestors and said, “Every seventh day, it would be a good idea for everyone involved to stop working and rest. It will remind you about what really matters.”

A non-Jew once came to Hillel the Elder and asked to be taught the essence of Torah. “What is hateful to you, do not do to your neighbor. All the rest is commentary. Go forth and learn,” he responded.

This is the point. And it’s not even as easy to do as deciding whether or not you believe in God.

Don’t Believe in God? Come Aboard!