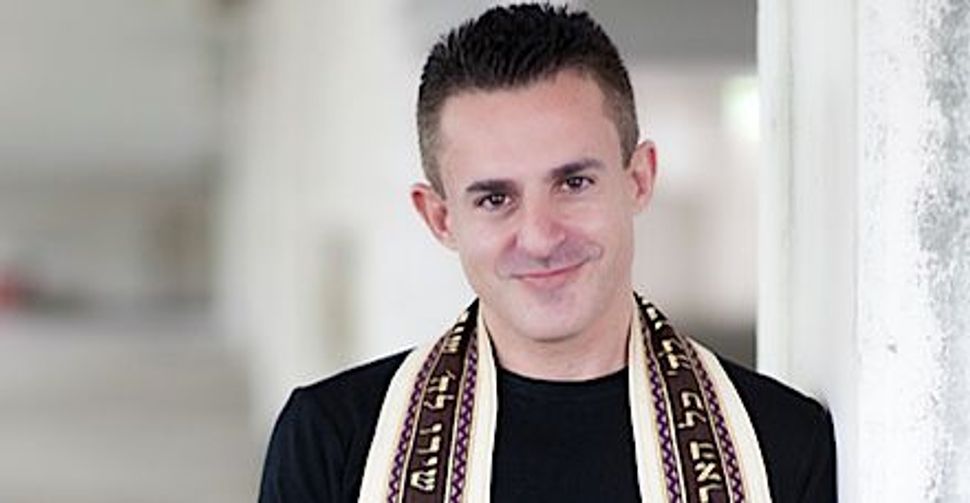 Image by Courtesy of Marc Goldman 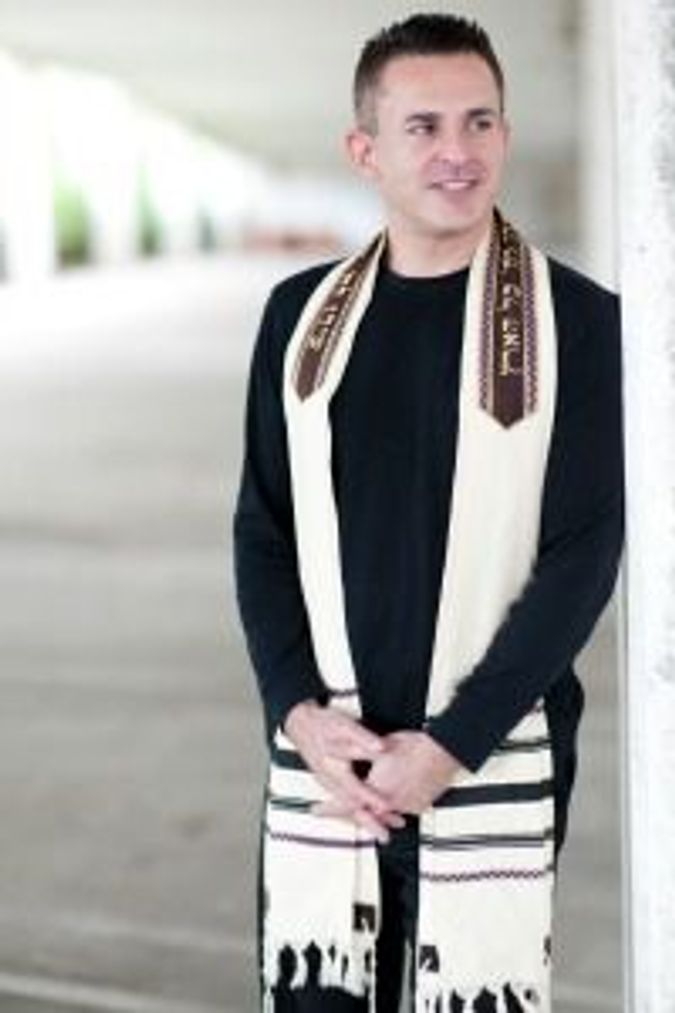 Image by Courtesy of Marc Goldman

In many ways, Mark Goldman’s a traditional cantor. He serves a 900-member Reform congregation, in Plantation, Florida. He’s performed around the world, including a historic group gig at the Vatican. And he loves to chant the “haunting, yet familiar” Kol Nidre.

But this year, the UK expat became a trailblazer. After nearly two decades as a member, Goldman was elected president of the American Conference of Cantors, making him the first openly gay chazzan to hold the post.

Descended from a long line of cantors, the yeshiva-educated Goldman came out to his parents at age 27 — three years after emigrating to the States. He took on his first cantorial position at Temple Kol Ami, which later merged with Temple Emanu-El of Fort Lauderdale. Nineteen years later, he’s become a beloved fixture on the South Florida Jewish scene.

The Forward caught up with Goldman from the home he shares with interior designer Aaron Taber, his partner of 17 years.

First of all, what does the American Conference of Cantors do? And what does your leadership role involve?

The ACC is the largest organization of professional cantors; we represent over 500 ordained cantors in North America and internationally. Internally, the ACC provides a variety of services to its members, including employment, continuing education, & pension services. It’s my responsibility to oversee the entire organization in collaboration with a team of officers, professional staff, and executive board. I am the primary representative and voice of the ACC to communicate our thoughts/voice with the rest of the Jewish community.

You grew up in an Orthodox household, and now practice at a Reform shul. How would you rate the Orthodox establishment’s very tentative steps toward embracing gay people?

Snail-like. That being said, with the prevalence of the web, a number of support groups have sprung over the last decade, creating a much-needed home for Orthodox gay Jews to turn to and gather.

What’s your favorite part of the liturgy you get to chant? And what’s the personal spin you bring to your work? I saw you with a guitar in one picture.

I love to empower others to sing and encourage congregational participation as much as possible. Our services incorporate various musical instrumentation, styles, and loads of enthusiasm and energy.

My favorite cantorial prayer is the Kol Nidre. The familiar – yet haunting – melody resonates with the entire community regardless of age, demographics or Jewish knowledge.

What about your day-to-day responsibilities at the synagogue where you officiate?

My role in my congregation as co-senior clergy is extremely diverse. One minute, I’m singing (guitar in hand) with a class of two-year-olds and the next I’m consoling a congregant who might be experiencing challenges in her or his life. I’ve produced a number of full-stage production shows, concerts as well as fundraisers and social events. I teach b’nai mitzvah, confirmation, post confirmation, and adults of all ages and abilities. I’m highly involved in the visioning and strategic planning of my synagogue. My overarching objective is to be involved in every facet of synagogue life.

A piece about you in the Miami Herald said “as a cantor, Goldman dedicates himself to progressive, contemporary Judaism.” What does that mean to you?

To live a life dedicated to the highest ideals of humanity, to embrace the stranger, and contribute to the betterment of society and humanity through the vehicle of Jewish wisdom, culture, and community.

You come from a long line of cantors. Can you tell us about your family history? Did that compel you to pursue a cantorial career?

My father’s father was a cantor in Poland before he was sponsored by a synagogue in the United Kingdom, which allowed him and his family to escape Poland shortly before the outbreak of World War II. My mother’s maiden name, Chazen, is the Hebrew for cantor. Her father, though not a cantor himself, often spoke of a family lineage of cantors. My love of singing, coupled with my love of the synagogue, people, and community, compelled me to pursue a cantorial career.

A religion blog said “Just Call Gay Cantor Mark Goldman ‘President’”. How do you feel about getting ID’d everywhere as “the gay cantor”?

That makes me laugh! You really think people see me and go, “There’s the gay cantor?”

A lot of stories portrayed you as a role model for LGBT people. Is that something you’re comfortable with?

I am. If my story and life can help others in any way, then it’s a life well spent.