Why I Am Making ‘Aliyah’ to Reform Jewry 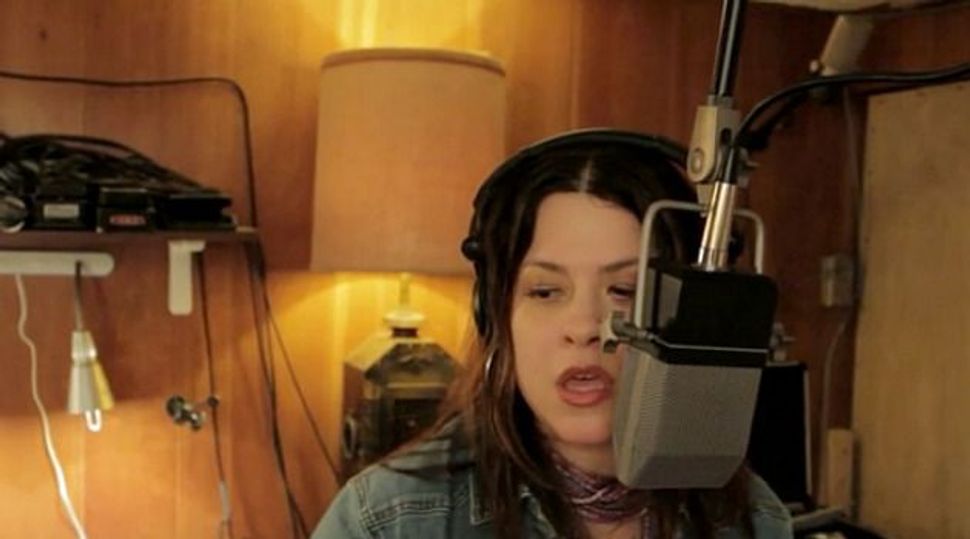 My late father, Rabbi Shlomo Carlebach, raised us in an observant Orthodox household. Our lives were filled with beautiful ritual and we celebrated the wonder of a familial spiritual connection.

That said, we also danced along the fine line of progressive Judaism. My father’s Torah was an expression of the beauty of Judaism. He taught the world to love and cherish Shabbat – even on a Tuesday – and to love Jewish rituals in an open hearted, expansively spiritual way that often set him apart and alienated him from many established religious groups.

My father’s true goal was to raise Jewish life above the rote performance of ritual acts. He wanted the light and redemptive message of the Torah to make all of humanity deeper – more empathetic, loving and capable of kindness. He often said that effecting global healing was the reason we were in the world to begin with.

Though it sometimes got him in trouble with the Orthodox establishment, my father was an active member and lover of all interfaith experiences. He attended many different houses of worship, sang with people of all colors, faiths and backgrounds, and attended conferences where he spoke about finding true unity for all of God’s children.

Significantly, he encouraged women to learn and read Torah. At his synagogue he created the space for women to physically dance with the the Torah and stand all the way up, next to the ark on holidays.

For this passion and commitment, my father’s life was complicated. Within the Orthodox world he was a visionary who stood alone and was too often lonely.

As the daughter of this great man, I bear witness to the intolerance, cruelty and ostracism he suffered for daring to step outside the “daled amot” (personal space) of observant Jewish life. As his child, I suffered alongside him when he tried to give me a platform to sing, the outcry from my Orthodox brothers and sisters invariably drowning out my voice and suffocating my love for Jewish tradition.

Strengthened by my father’s love and vision, I persisted. It was not easy being taunted and called names, hearing angry voices and seeing the enraged faces of those who believed – genuinely believed – that what I called prayer was an affront to God. Looking back, I believe that the ugliness I saw was not motivated by a desire to hurt me personally but by a deep misunderstanding of the message of our Torah and what it means to be a Jew in the modern world.

Looking back, I feel sadness and sorrow for this narrow vision, this narrow place, an Egypt of the mind – mitzrayim. I know, as my father knew, that the redemption of the world will come from the opposite impulse: expansive love and inclusivity. Isn’t that what klal Yisrael (the whole of the Jewish community) is about?

I have just experienced klal Yisrael in an amazing way, having returned from a most remarkable event – the biennial convention of the Union for Reform Judaism, the URJ. 5,000 people strong, it is one of the most spirited and important events in the Jewish world, and the largest spirituality-oriented gathering of Jews in North America.

Before I arrived at the convention center in San Diego, I felt honored and excited at the opportunity to be able to offer my music and heart to those with whom I don’t often have the chance to connect – my Reform brothers and sisters. The Conservative Jewish world has been a warm and loving home away from home for me (and I had the dazzling experience of joining “The Conversation of the Century” by headlining at the centennial of the United Synagogue of Conservative Judaism this past October in Baltimore). Many of the Conservative Jews I know share practices and beliefs close to the open-minded Orthodoxy I experienced as a child. But Reform synagogues have always been “the shuls I didn’t attend.”

That world was far away from mine – or so I thought.

Boarding the plane for the West Coast, I did not know what to expect; I certainly had no inkling of the personal transformation that awaited me. So, it is with an overflowing heart and soul that I must report, as I did on the stage on Saturday night, that my soul made an aliyah (coming up) at the URJ’s biennial.

Simply put, I had no idea how extraordinary Reform Judaism was. The tikkun olam mandate is so strongly bound up with the movement, and in the most joyous of ways. I was overwhelmed by the music, by the davening (prayer) and yes, my Orthodox friends, by the ever-present light of Torah. To give you an idea of the stellar caliber of Reform Judaism, here is a link to a keynote address given by Rabbi Rick Jacobs, the URJ president.

In his passionate talk, Rabbi Jacobs spoke about the commitment to a path of progressive change, to inclusivity, social justice, nurturing the next generation, egalitarian values and spiritual relationship to all that the Torah stands for. Standing among 4,999 other delegates, I almost couldn’t believe what I was hearing. I found myself moved to tears, inspired and grateful. And when Rabbi David Ellenson, the outgoing head of Hebrew Union College-Jewish Institute of Religion spoke on Shabbat morning, his warmth and scholarship opened my eyes as well as my heart.

Having felt like a refugee from Orthodoxy for the past couple of decades, I feel like I found a new family with values I can get behind. And so, at my show on Saturday night, I told the audience I was making aliyah to the Reform movement. I know that statement made a great sound byte, but I meant every word. To be clear, when one makes aliyah, they take all parts of themselves with them. I have not abandoned anything that is intrinsic to me; I’ve simply expanded myself and been elevated. I’ve been blessed.

In San Diego, I touched something brand new and yet deeply familiar. It reminded me of my father’s teachings. It gave me a feeling of homecoming.

And perhaps that is the best that we can aspire to: a homecoming. Let us return again and again to the land of our souls. Let us transcend our differences and discover that we are one people, regardless of our label, movement or denomination. Let us make aliyah every day to who we are, to what we are, to where we are born and reborn again.

Neshama Carlebach, daughter of the late Jewish singer-songwriter Rabbi Shlomo Carlebach, is a singer who performs at venues throughout the world.

Why I Am Making ‘Aliyah’ to Reform Jewry