Al Goldstein and Me 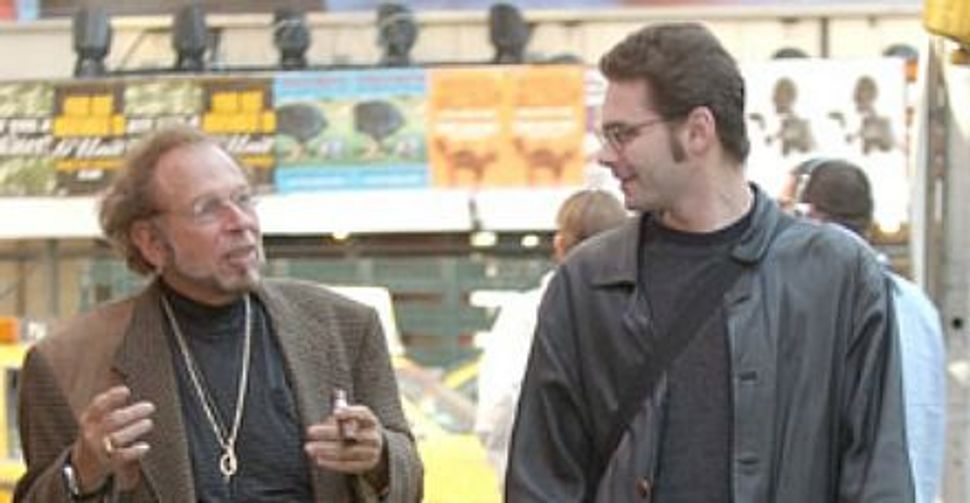 Image by courtesy of Lukas I. Alpert 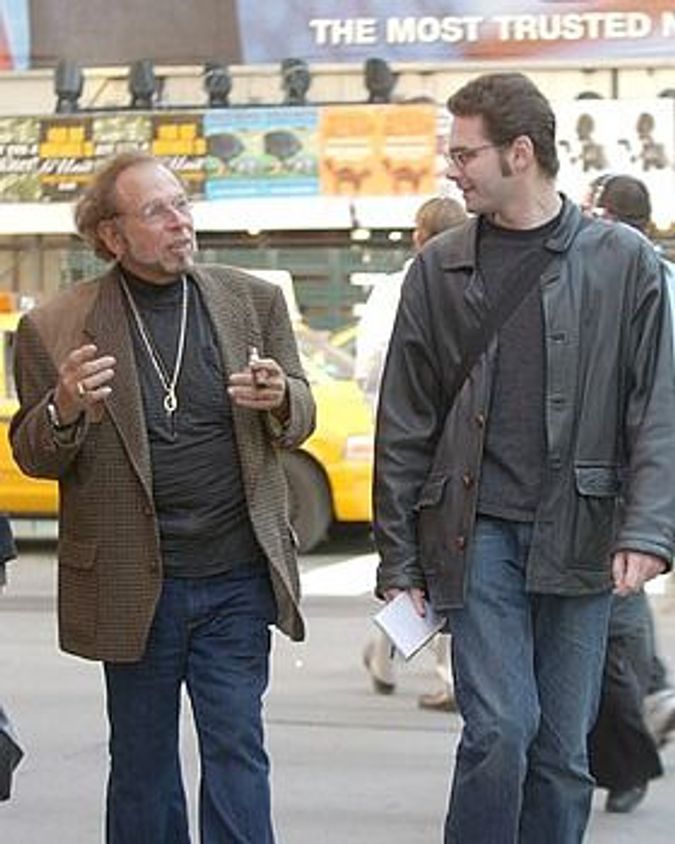 There are many words to describe Screw Magazine publisher Al Goldstein: vile, repugnant, crass, filthy, grotesque and even downright disgusting. His obituary in the New York Times referred to him as “scabrous” — a high-brow description for him that only the Old Gray Lady would use.

The Brooklyn-born Jew, who died last week at age 77, would have agreed with every one of those descriptions and even embraced them. That was just the kind of guy he was.

While childish and contemptible, Goldstein was also entertaining and a quintessential example of the New York I remember growing up. To me he was as much the face of the city of my childhood as Ed Koch, Crazy Eddie, Curtis Sliwa or Al Sharpton.

Most of my personal dealings with Goldstein came well after his pornographic empire had crumbled. As a journalist with The Associated Press, New York Post and Daily News, I interviewed him many times over the years.

Goldstein was one of those guys journalists liked to talked to because, as we say in the newspaper business, “he gave good quote.” I was pleasantly surprised that the prepared obituary I wrote for him at the AP about a decade ago ran all over the country virtually as I had written it.

But my first real knowledge of him dates back to my prepubescent days growing up in Manhattan. To be honest, I don’t think I ever read Screw Magazine, but like most of my friends, I was a regular watcher of Goldstein’s lewd leased-access television show “Midnight Blue,” which ran every Saturday night from 1974 to 2003.

For a pre-teen in a time long before the Internet this was excellent viewing, despite having to look at the repulsive figure of Goldstein who weighed over 300 pounds and I always imagined smelled a bit like the kitchen of the 2nd Avenue Deli.

Goldstein constantly fought in court with the city’s cable operators – first Manhattan Cable Television and later Time Warner – for the right to broadcast his brand of smut, and periodically “Midnight Blue” would get briefly knocked off the air, along with shows like Robin Byrd’s striptease hour and the nudist talk show “Interludes After Midnight.”

But he was always willing to put his money where his mouth was and time and time again would win in court on First Amendment grounds.

My first time actually meeting Goldstein would come when he was filing for bankruptcy in 2003, his empire decimated by Internet pornography, the cost of numerous divorces (five in all) and his increasingly unhinged behavior. In 2002, he was convicted of harassing a former assistant by publishing her phone number and unflattering details about her in the pages of Screw and was briefly jailed. A year later he pleaded guilty to harassing one of his ex-wives with threatening phone calls.

“We are an anachronism; we are dinosaurs; we are elephants going to the bone cemetery to die,” he told me over breakfast at a diner on the Upper West Side. “The delivery system has changed, and we have to change with it if we want to survive.”

For the story I wrote that day about his bankruptcy, this was one of the few quotes I was actually able to use – the rest being so outrageous they were unprintable. Goldstein was so lecherous that the female photographer I was working with told me it took every bit of her professionalism not to hit him over the head with her camera.

Goldstein explained why he was the way he was:

“To be angry is to be alive. I’m an angry Jew. I love it. Anger is better than love. I think it is more pure. By being angry I know I’m alive. My father was so passive. My father said “sir” to elevator operators. I am my father’s revenge.”

He insisted I pay for breakfast but then pulled out a wad of probably $10,000 in hundreds and fifties when he gave me his business card. Later, we took him to Times Square to take some photographs, none of which ran, because he had his middle finger extended in all of them.

When actor “Grandpa” Al Lewis, famed for his roles on the “Munsters” and “Car 54, Where Are You?” died in 2006, I called Goldstein for comment as I knew they were friends.

“He had a full life,” he said. “He would always complain that the sandwiches at Katz’s weren’t big enough.”

As the years wore on, Goldstein became harder to track down as he battled with homelessness and poor health. One day in 2009, while trying to find the faded porn potentate while I was working at The Post, I reached out to his long-suffering lawyer Charles C. DeStefano who told me that Goldstein had spent much of the past year in the pysch ward of the Veteran’s Administration Hospital on E. 23rd Street after overdosing on Ambien. I asked my editor if he was interested in a story but he declined, saying that the paper’s editor-in-chief had put a ban on Goldstein stories because he found him too gross.

Yes, Goldstein had become too disgusting for the New York Post. That attitude apparently lives on. I noticed after his death, the paper did not run a proper obit for him, but rather a column by their curmudgeonly editor Steve Cuozzo, who basically wrote that he was happy Goldstein was dead.

When I got through to the voicemail, Goldstien’s voice was slurred and he sounded out of it. I Googled around and saw that six months earlier he had suffered a stroke.

There are many who believe Goldstein got exactly what he deserved by dying penniless and alone, and I’m not sure I blame them. But when I heard he had died, I was a bit sad – maybe out of a certain kind of nostalgia for a bygone era, but also because there have been few characters that I have spoken to as a journalist over the years who were as memorable.

Lukas I. Alpert is a veteran reporter from New York who now works in Moscow.

Al Goldstein and Me