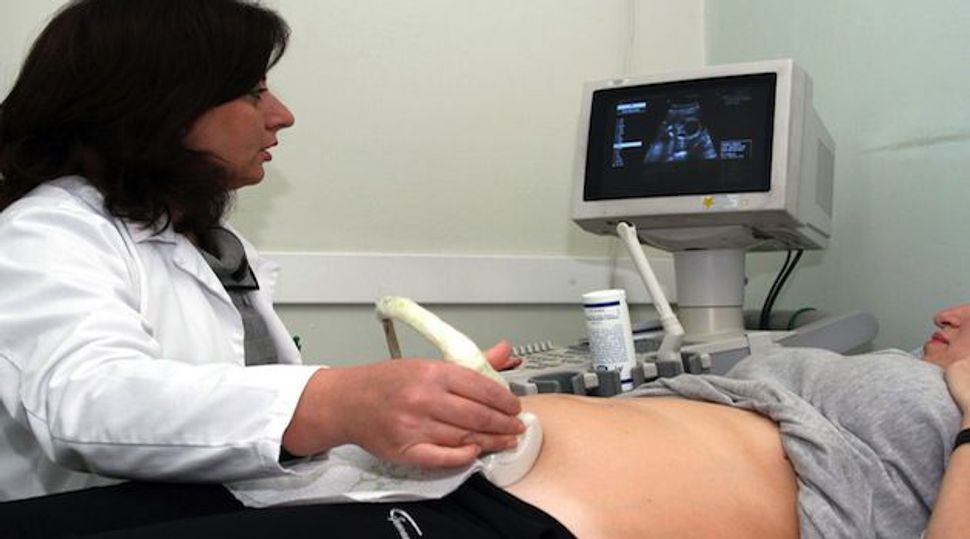 A doctor performs a sonogram on a pregnant woman on November 9, 2011. / Getty Images

It’s not every day that progressives get to see encouraging policy changes coming out of Israel, so we should celebrate them when they do come along — even if they don’t go quite as far as we might like.

Starting next year, Israel will pay for all abortions for women between the ages of 20 and 33, health officials announced Monday. Currently, women under 20 or over 40 can receive subsidized abortions for personal reasons, but women in between those ages are only eligible in cases of medical emergency or forbidden relations like rape, incest or adultery — elective abortions aren’t covered. The new funding, which will cover elective abortions, is part of Israel’s state-subsidized “health basket” for 2014, and will go into effect pending approval by the Health Ministry and the Cabinet.

Contraception isn’t included under the new policy, but officials say that’s just due to budgetary constraints. They have indicated that they plan to expand coverage in the future, eventually offering subsidized abortions to women of all ages. In the meantime, this is a pretty good start.

And yet, it bears noting that women seeking state-funded abortions will still need to appear before a government committee to make their case and obtain approval. Even though the committees approve nearly all requests, this requirement is problematic because, as Roni Piso of the Isha l’Isha (Woman to Woman) organization has noted, “there are women who are afraid to approach the committees in the first place because they fear they are going to be turned down.”

Anecdotally, it’s known that some women brave the committees but feel the need to lie to them about their circumstances — for example, by saying that their pregnancies resulted from adultery — for fear that their request won’t otherwise be approved.

These committees represent a stumbling block that effectively curtails a woman’s right to choose, making her feel afraid and uncomfortable as she seeks out a procedure that is already highly stigmatized. Because it perpetuates these committees, the new policy is not exactly ideal.

But when it comes to Israeli abortion policy, compromise is — and has long been — the name of the game.

That’s because, without government approval, abortion is still technically illegal. Though there are several circumstances under which abortion is allowed, on the books, terminating a pregnancy outside of those circumstances is punishable by up to five years in prison. This legal stance is palatable to the Chief Rabbinate and the ultra-Orthodox population, who oppose abortion based on their reading of Jewish law, but it’s anathema to the country’s secular citizens.

According to Dr. Rebecca Steinfeld, a Visiting Scholar at SOAS who is researching the politics of reproduction in Israel, there’s an unspoken agreement between the ultra-Orthodox and the secular “whereby the secular accept the less-than-ideal legal status of abortion, and don’t push for further liberalization, in return for the Haredim not seeking to further restrict legal access. Secular Israelis are very wary of opening the abortion debate for fear of a religious backlash that could further restrict women’s legal access.”

The introduction of the new health basket is a boon, then, for secular Israelis and advocates of women’s reproductive rights, because what it will do is create undeniable facts on the ground — facts that, in turn, may make progressives less leery of pushing for further liberalization.

Aside from which, even though the new policy may not go as far as we might like, it’s a sign that the political will exists to push back on the Rabbinate’s control over women’s bodies, and to push forward the frontier of women’s rights in Israel. That in itself is good news.