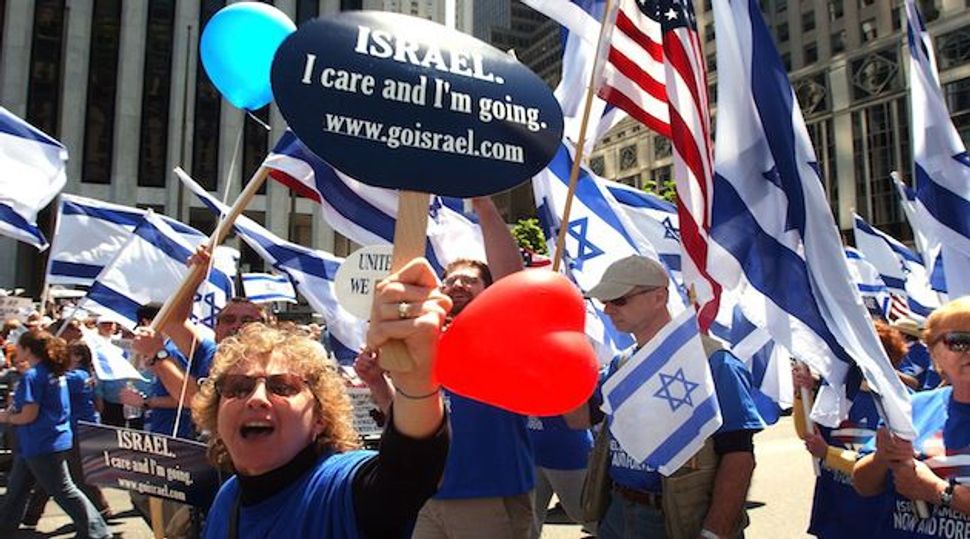 While Americans continue to hold long-time allies like Great Britain and Canada in high esteem, they are pretty divided as to how they feel about some of the government’s other key allies — like Israel.

A recently published Pew Research Center poll reveals that 61% of Americans view Israel favorably, which puts it on par with Brazil in terms of likability, but lagging behind Germany (67%), Japan (70%), Great Britain (79%) and Canada (81%) among the 12 countries surveyed.

That level of support is not incredibly low, though perhaps disconcerting for Israel’s more zealous advocates. Just over a quarter of those surveyed (26%) said that they view Israel unfavorably, and presumably the jury was still out for the rest of those surveyed.

But when accounting for political affiliation, the Pew research reveals just how starkly the partisan divide plays into the issue. Only a little over half of Democrats (55%) said that they view Israel favorably, compared to nearly three quarters of Republicans (74%). Eighty-six percent of Republicans who lean toward supporting the Tea Party said they felt favorably about Israel.

If the Pew study tells us anything about how Americans view that tiny country along the Mediterranean, it is that American views are overwhelmingly determined by their personal political affiliation and their feelings toward Israeli policies, making it an incredibly divisive and partisan issue, statistically more so than American views towards other countries.

Another Pew survey from October 2012 found that less than half (41%) of Americans thought U.S. support for Israel was “about right” and almost an equal amount felt that America was too supportive of Israel (22%) or not supportive enough (25%). A poll from earlier that year found that only 21% of Americans felt that the U.S. can trust Israel “a great deal,” and 35% said a fair amount.

So when it comes to its international image, Israel still has a lot of public relations work to do, plus some rethinking of its policies that have alienated it from many in America, most probably its policies towards Palestinians. But fortunately for Israel, it’s still doing better than the only other Middle Eastern country surveyed for: Saudi Arabia, which scratched the bottom, with 57% of Americans saying that they felt unfavorably about it.