Israel Is Running Out of Pre-Oslo Prisoners 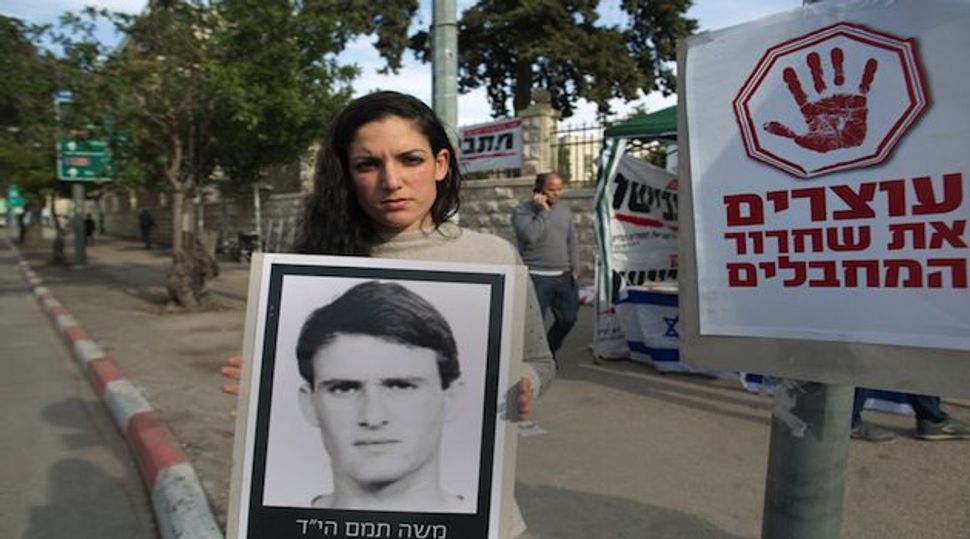 For 26 Palestinians, this weekend will be the first one in decades spent at home with their families. They were released on Monday as part of the Israeli-Palestinian peace talks.

The discourse over prisoner releases tends to be dominated by the big questions about their desirability, morality, wisdom, and also the aftermath. Israel is understandably perturbed that the prisoners, many of whom were involved in serious acts of terrorism, were greeted as heroes by its negotiating partner, the Palestinian Authority.

But this release also raises a more basic question. All of those released were imprisoned before the Oslo peace process of the 1990s, and for a clear reason. Releasing prisoners from before the major change that Oslo brought about in Palestinian politics is less emotionally charged than releasing terrorists from a later period. The Second Intifada, for example, is far more raw in the Israeli psyche than the First Intifada.

After this week’s prisoner release, only 32 pre-Oslo prisoners remain in Israeli jails. If the peace process survives, the Palestinians will want more gestures at various points, but Israel is running out of pre-Oslo prisoners.

The Israeli public seems far from ready to see large groups of Second Intifada terrorists go free, leaving one to wonder what Kerry may pull from up his sleeve — and what Israel may agree to.

Perhaps the next gestures will be forward-looking. Instead of looking back to past times of violence between the two sides, they could test the water for a time of peace, perhaps by upgrading economic arrangements and seeing Israel further Palestinian development.

Israel Is Running Out of Pre-Oslo Prisoners