Britain Should Apologize for Balfour Declaration 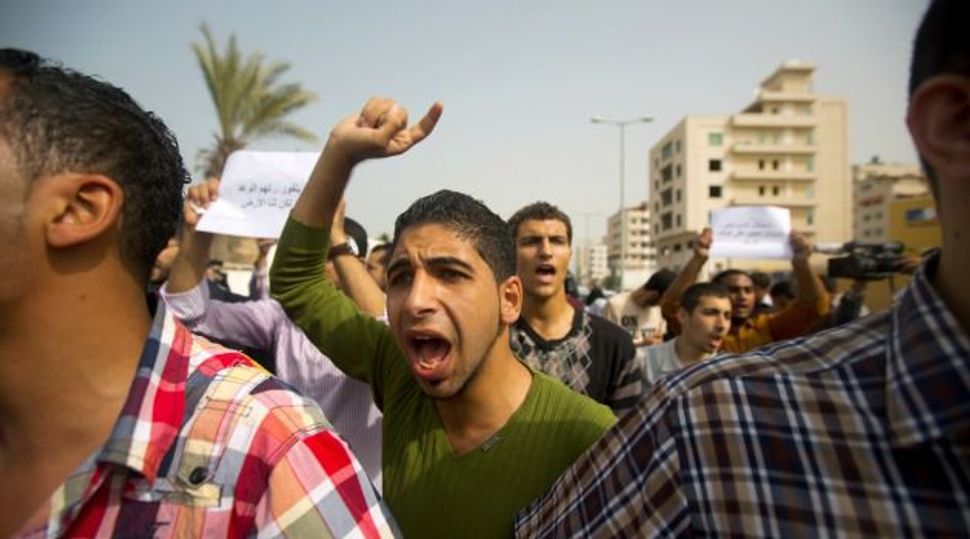 Palestinians protest on the anniversary of the Balfour Declaration in 2013. / Getty Images

In 2014, commemoration of the First World War on the one-hundredth anniversary of its commencement will be inescapable. So, too, will the debate over the merits of the miserable and bloody conflict that took the lives of over 16 million soldiers and civilians, crippled an entire generation of Europeans, and begat the infamous Treaty of Versailles.

In the United Kingdom, this conversation has already begun and has spiralled off so as to encompass another product of the Great War: the Balfour Declaration. At the end of last year, the Palestine Return Centre launched in Parliament a campaign called, “Britain, It’s Time To Apologize,” requesting an international voice to call on Her Majesty’s Government “to apologize to the Palestinian people, for either wilfully or carelessly failing to protect their human and political rights, while under British protection.”

Leaving aside the Palestinians for a moment, in the first instance any campaign against the Balfour Declaration must be treated with great suspicion. After all, that declaration was more than a government memorandum. It was the first declaration of its kind from a world power in support of the Zionist idea of Jewish autonomy and self-rule in Palestine.

More importantly, it was a legal instrument, incorporated into the Mandate for Palestine ratified by the League of Nations in July 1922, in which it was stated that Britain as overseer would be responsible for fostering political, administrative, and economic conditions that would secure “the establishment in Palestine of a National Home for the Jewish people.”

The Mandate would go on to recognize “the historical connection of the Jewish people with Palestine” and “the grounds for reconstituting their National Home” in that country. It would also provide room for the creation of what would become the Jewish Agency, the de facto governing body of the Yishuv.

To request that the British government apologize for Balfour, then, is to ask it to repudiate the underpinnings in international law of the State of Israel itself. It is a flagrant act of delegitimization — an attempt to negate the Jewish right to self-determination and deny the basis of Israel’s existence.

The PRC’s campaign against the Balfour Declaration is grounded in the experiences of the Palestinian people during the Mandate. “Nothing should be done which might prejudice the civil and religious rights of existing non-Jewish communities in Palestine,” the Mandate for Palestine, echoing the Declaration, states. What the PRC argues is that, in fostering the conditions for the partition of the Mandate, “Britain’s political legacy in Palestine marked an historical breach against the aspirations of the people of Palestine and to the shattered hopes of the promises of freedom and self-determination.”

The PRC’s position, however, is predicated on a rather shaky premise that British administration of the Palestinian Mandate was in some fashion biased against the Arab population — that it was only the Palestinians who had their “promises of freedom and self-determination” ignored or stifled. It ignores the ways in which the British abandoned its mandate in Palestine of establishing a Jewish home, either to appease Arab demands or to keep the Holy Land for itself.

British policy in Palestine was self-undermining from the very beginning. As it was making a very public pledge to Chaim Weizmann and the Jewish population of Palestine to form a Jewish home, it was reassuring the Sharif of Mecca that it would support the establishment of an independent pan-Arab kingdom once the First World War was over. Britain, thus, twice-promised the land so as to divide and rule it.

Throughout the 1920s and 1930s, mounting Arab resistance to Jewish settlement in Palestine, some of it violent, “forced Britain to reassess its own wartime commitments to Zionism,” Avi Shlaim observes in The Iron Wall. First in 1922, Winston Churchill authored a White Paper that attempted to fashion a “more even-handed policy toward the two warring communities in Palestine,” including for the first time the institution of economic criteria for Jewish immigration.

Britain would propose partition of Palestine in 1937, with the Peel Commission allowing for the creation of a very small Jewish state on the coastal plain and Galilee, and a much larger Palestinian state contained in around 80 percent of the Mandate. The Twentieth Zionist Congress approved the plan as the basis for further negotiations with the British government, but Arab opposition to partition was swift and decisive, resulting in further tumult and bloodshed.

Britain would fully abandon its commitment to Zionism and partition by the start of the Second World War. The support of Arab states was seen as more crucial to the forthcoming confrontation with the Axis powers. The British government issued another White Paper in 1939, further limiting Jewish immigration and, as Shlaim phrases it, condemning “the Jewish to a status of permanent minority in a future independent Palestinian state.”

In the end, the matter had to be turned over to the United Nations, since by February 1947 the British government could not conceive of a solution to the Palestine problem that would satisfy both sides. Thus, Britain failed to fulfil the essential obligation of its mandate in Palestine for fostering the conditions for Jewish statehood under its administration. If it is to apologize to anyone or for anything, then, this might be a good place to start.

Britain Should Apologize for Balfour Declaration