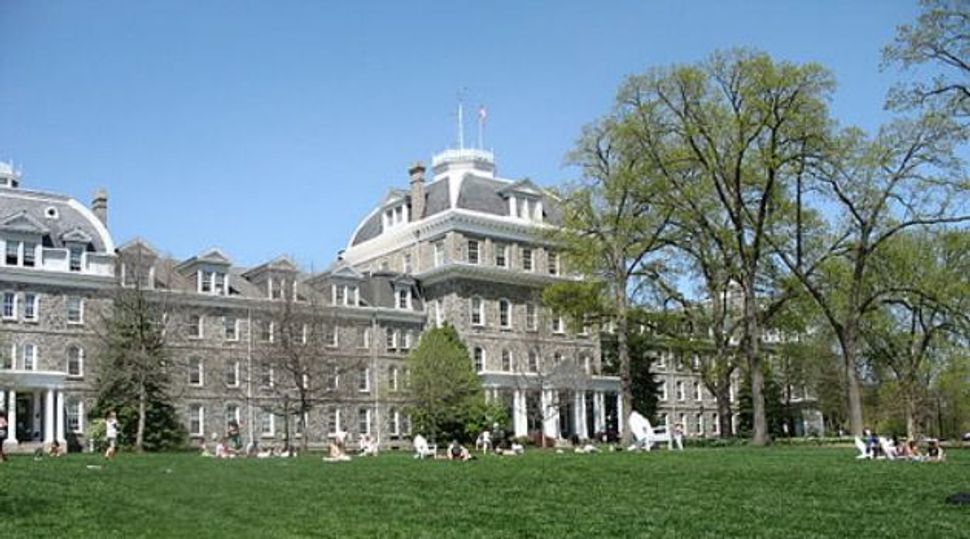 As the controversy rages over Hillel’s Israel guidelines — which delineate which groups it will partner with or allow to participate in Hillel-sponsored events — observers have started to wonder what effect all this will have on American Jewish identity and Israel advocacy. The issue, though, is about more than just defining Hillel; it’s also about defining the issue itself.

We use language not just to describe things, but to give ideas emotional meanings. People, including policymakers, respond to specific discursive cues. When these cues are associated with a particular meaning or emotional state that matters to the listeners, they are more likely to respond in the way the speaker intends.

So, for example, part of the reason Jewish groups advocating for a strong U.S.-Israel relationship (think AIPAC) have become successful is because of the rhetoric they use in their public statements and private conversations. The U.S. sees itself as a superior form of democracy, a beacon of light and a “good” country. Lobbyists who can tie into those feelings — by using key words like “shared values,” “democracy,” “individual rights,” “common Judeo-Christian heritage,” and “common strategic interests” — can make a stronger case for their demands.

Similarly, when it comes to Hillel, the fight is really about how to define what “pro-Israel” means, a controversy that has flared up in recent years, spurred by the battle over Chuck Hagel’s nomination as Secretary of Defense and questions about whether the U.S. Jewish community should pressure Israel on peace talks or not. But in this case, Hillel’s own guidelines have left the door open to multiple interpretations of what “pro-Israel” means.

But too much is unclear here, which explains why the national headquarters has been fighting hard in recent weeks to push back against efforts to raise questions about their meaning. For example, what is the balance between Israel as a “Jewish” and a “democratic” state? If one advocates for annexing the entire West Bank but excluding Palestinians from voting in Israeli elections, will that be too un-democratic for Hillel?

Similarly, it’s unclear what constitutes demonization of Israel. Does calling the behavior of some IDF soldiers toward Palestinians immoral meet that standard?

Finally, outside of Jerusalem, Israel does not exercise sovereignty in the West Bank; it never annexed the land after 1967, and Israeli law does not as a matter of routine apply to everyone in the region. Does the call for boycotting products made in settlements constitute boycott of “the State of Israel”? Settlers are Israeli citizens, but the guidelines don’t say anything about boycotting individuals. Moreover, would Jewish-Israeli artists who refuse to perform in settlements be barred from Hillel events in the United States because of that boycott?

If the national Hillel allows local groups to define pro-Israel, it fears losing control over the ability to convey a specific meaning to others. The more unified on an issue advocacy groups are (and organizations that emphasize education over politics are a form of advocacy), the more convincing they are.

But the American Jewish community is more fractured than ever before, in religious, political, demographic, and political terms. No single definition can, under these conditions, demarcate for the community what it means to be pro-Israel. The national Hillel will have to recognize and adapt to this reality.

That means a greater willingness to give local Hillels more leeway, without threatening retaliation for programs it may not feel completely comfortable about. But local groups, too, have a part to play: they must accept that today, identification with a Jewish and democratic Israel is a central element to Hillel’s own identity that can’t be compromised.

Advocacy work involves more than just language, but the rhetoric that groups use and the emotions behind them do play a role in convincing others to act in specific ways. That makes the battle over the meaning of pro-Israel within Hillel worth fighting. But the pro-Israel tent is — should be — big. Diversity is a strength, but only if it is embraced, not mocked.