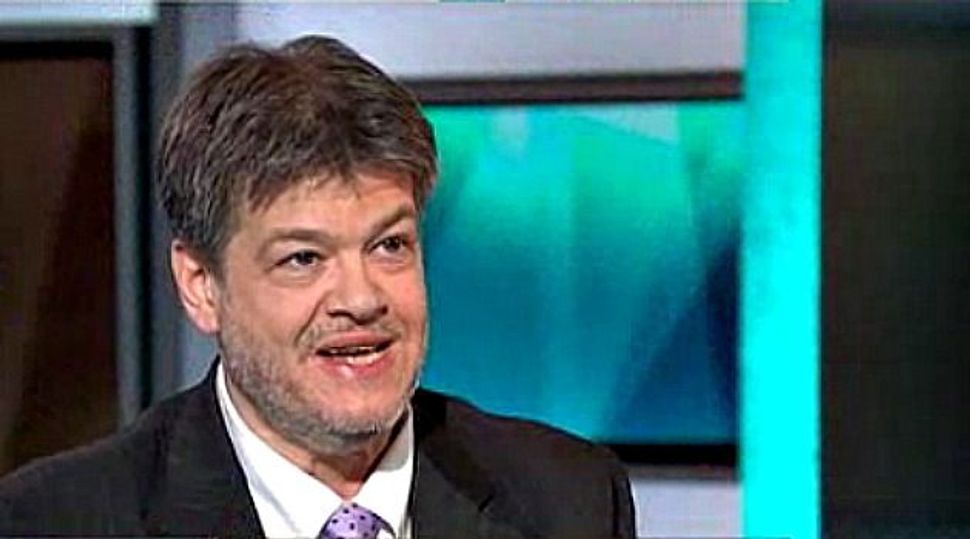 When one puts forth conservative ideas that go against the grain of what many see as the defining pattern of a more liberal press, one earns one’s share of attention. Jeff Jacoby, a Jewish columnist at the Boston Globe, has tackled hot-button topics ranging from abortion to climate change to the war on Christmas to same-sex marriage to Palestinian terrorism. In a Stephen-Colbert-like turn, on Twitter he describes himself as a “purveyor of conservative cheer in the midst of a dusty liberal wilderness.”

But today, Jacoby is gaining attention across the blogosphere not for his provocative opinions but for a hurting heart. His older son, Caleb, 16, has been missing in the Boston area since mid-day Monday. He is a student at Maimonides School in Brookline, MA.

Bloggers, journalists and tweeters have been keeping the story alive across the web, hoping that added exposure might encourage tips that will help bring the boy home. This is undoubtedly the right role for the Jewish (and general) blogosphere and twittersphere to play in such a situation — and Caleb’s father acknowledged just that today. “We are so deeply, deeply grateful for everything being done to reunite us with our beloved son Caleb,” Jacoby tweeted.

We are so deeply, deeply grateful for everything being done to reunite us with our beloved son Caleb. pic.twitter.com/o7wHTr0BrA

Hussein Ibish, a senior fellow at the American Task Force on Palestine, and an outspoken advocate of liberal politics and moderation in the Israeli-Palestinian relationship, also tried to help, though perhaps taking the low road. While tweeting his hope that Caleb would be “found safe and sound,” Ibish couldn’t resist calling Jacoby a “hateful fanatic.”

Jeff Jacoby is a hateful fanatic, but I very much hope his son is quickly found safe and sound http://t.co/BDIJnT9E0H

Reports suggest that police don’t suspect foul play, believing instead that a “runaway” is the most likely scenario. To my untrained forensic eye — but with some experience as a parent — that assumption might bring a tiny slice of comfort. If that scenario is indeed true, then it might be simply a little time that is needed to heal the wounds of a child in personal chaos. What is left to do then, but wait and pray, turning to one’s community — both tangible and virtual — for added hope.

To the proverbial fourth son of the Passover story who separates himself from his community, today we ask him to come home and speak his mind and his heart. A community is only as strong as are the unique contributions of its members. And Caleb Jacoby’s — like those of every other individual with necessarily unique gifts — are needed.

Whatever one’s views on the pressing national and global issues of the day, today political swipes and invective should be put aside in favor of simple, human support for those who know, love and miss Caleb. Today we are all the Jacoby family.

Mira Sucharov is associate professor of political science at Carleton University in Ottawa, where she specializes in Israeli-Palestinian relations and Jewish affairs. Contact her on Twitter @sucharov.