Where the Money Leads 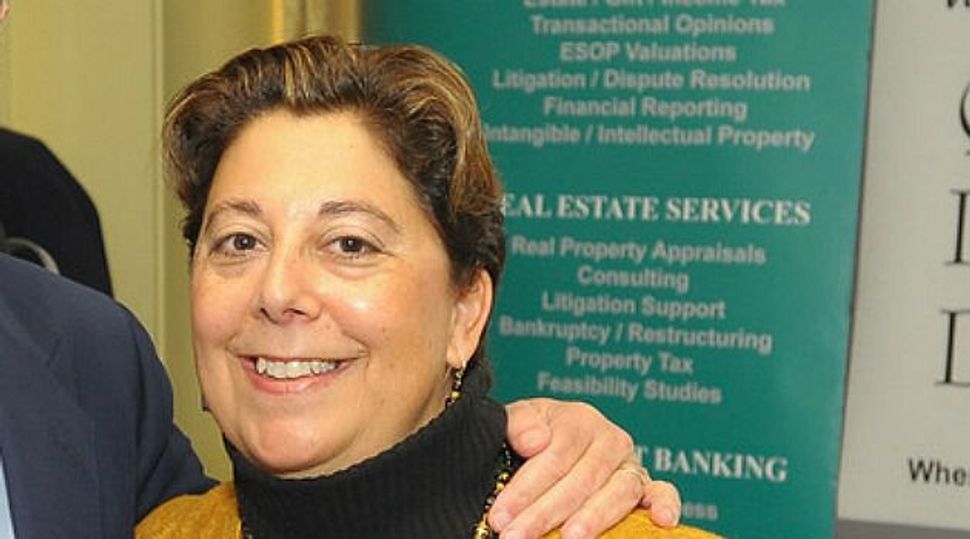 When Jennifer Gorovitz, the first and only woman to head a major Jewish federation in the United States, announced in early January that she was quitting, she made a plaintive request: Remember my accomplishments running the Jewish Community Federation of San Francisco for five years. Don’t just focus on the gender gap and the inequities in the federation system.

“If we truly want to elevate women to an equal playing field, in federations and throughout the Jewish world, we need to share the examples of what women are accomplishing as leaders,” she wrote in a Forward opinion piece.

It’s an understandable sentiment, one heard often when the paucity of women’s leadership in the Jewish community is aired and debated, as it was again after the Forward’s latest salary survey was published in December. True, the argument goes, the poor representation of women on our list of major national not-for-profits hasn’t budged much in the past five years, nor has the salary gap improved, but that’s in part because we are overlooking the new centers of power. Synagogues in New York, Chicago and Los Angeles with dynamic, innovative women rabbis. Social justice groups popular among younger Jews, where women are beginning to take leadership roles. Women running large local or regional organizations.

Valid points. The Forward survey has some basic limitations, shaped by our resources and mission. We examine national charities because we are a national news organization, and encourage similar efforts on a local level. (Which is happening now in Los Angeles, by the way.) We don’t include synagogue rabbis because, frankly, they are not required to report their salaries to the Internal Revenue Service, so they don’t. While we try to take into account the ebb and flow of organizational life, eliminating groups no longer as important and bringing in newer ones as they amass standing and power, we also want to keep the survey relatively consistent, so that we can examine data over time.

There is no avoiding the fact, however, that a preponderance of charitable money and power is concentrated in the federation system and the advocacy and defense organizations that comprise the so-called Jewish establishment. That establishment is being challenged from all directions, and will look very different a generation from now, if it exists at all.

But it’s what we have now. And it deserves serious scrutiny.

Gorovitz left her position for personal reasons, but she wasn’t just the only woman in charge of any of America’s 18 largest federations (ever). She also was the most underpaid. That fact alone should embarrass a community whose rhetoric speaks of fairness and justice, even when its actions don’t measure up.

Four of the largest American federations are now looking for leadership — New York, MetroWest in New Jersey, Philadelphia, San Francisco — along with an almost-large federation in Dallas. Leaders of several other major charities have been in power for eons, and some may even retire soon. This generational turnover presents an opportunity to bring in diverse leaders who have the compelling vision and executive skills to invigorate communal institutions.

As we celebrate the many advances and accomplishments that women are making in corners of the Jewish world, let us not overlook the larger landscape where power, money and impact actually reside.

Where the Money Leads