Caleb Jacoby — It’s None Of Our Business 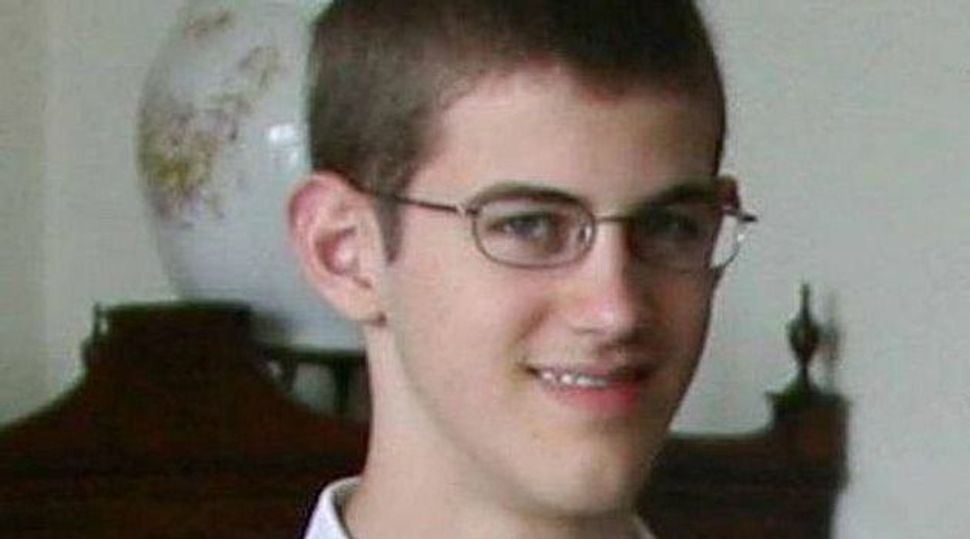 According to the National Center for Missing and Exploited Children, approximately 800,000 children younger than 18 are reported missing each year. That means close to 2,200 children a day or 91 children every hour are reported missing in the United States. And yet, I don’t remember a story catching the attention of the Jewish community like the report that this past Monday, 16-year-old Caleb Jacoby from Boston was missing.

By the time Caleb was found on Thursday night, the news had spread to Jewish communities across the globe that had been praying for his safe return. Jewish organizations and Synagogues sent out email alerts asking people to look for him. The report of Caleb’s disappearance united incredibly diverse segments of the Jewish community who rarely come together in such a cohesive way. People from all different ages, backgrounds, denominations and levels of observance shared in the pain of the Jacoby family and expressed it by posting the missing person poster on their Facebook statuses and tweets.

The unusual reaction to the missing Jewish teen was not lost on the Brookline Police Department. The Atlantic described, “Police have told Maimonides parents that they’ve never seen this degree of interest in a missing person. They’ve received calls from strangers in Israel who are ready to fly over and carefully comb the streets of Brookline with the Maimonides classmates who are searching for him, house-to-house, in below-freezing weather.”

The fact that Caleb is the son of Jeff Jacoby, a prominent conservative columnist for the Boston Globe, certainly added to the intrigue of the story, but I would like to believe the same attention and efforts would have be extended to the news of any Jewish child who had gone missing.

The news that Caleb had been found spread just as quickly as the news of his disappearance. Jewish communities everywhere breathed a collective sigh of relief that this story has a happy ending. Hearing Caleb is safely back with his family should be more than enough for us to close this story out, but remarkably, most people are not satisfied.

“What happened?” you saw people post moments after the news of his being found was announced. Did he run away from home? Who found him and how did he make his way to New York City? What will his parents say to him when they first see him? Will he be in trouble? Somehow, people feel entitled to know the answers to these questions and that they deserve an explanation of what happened.

But the truth is, it is absolutely none of our business!

Caleb Jacoby’s disappearance was not some episode of a reality TV show. It was a horrific ordeal for a wonderful family who were tortured for four days not knowing where their precious son was and what his fate would be. We cannot imagine the acute pain, anguish, fear, worry or doubt they were forced to endure. Though we all were moved by their pain and offered our prayers, ultimately this is their story and their experience. The answer to the question of what happened belongs to them, and them alone. It is absolutely none of our business and we are not entitled to find out, no matter how desperately curious we may be.

If there is something we can learn from what happened to better protect our children, we can be confident the family will let us know. If they choose to go public with what happened, that is certainly their prerogative. In the meantime – he was missing and now he is safe is all that we need to know, if our concern was really about him.

In fact, being satisfied with knowing he is ok versus expressing a desire to find out exactly what happened reveals whether this issue was really about Caleb or more about us, and our voyeuristic spectatorship all along. If we genuinely care about someone who was missing, all we need to know is they are now safe and healthy. The craving for salacious details and the appetite to know the entire story emanates from a terribly unhealthy sense of nosiness, inquisitiveness and our insatiable need to be in the know.

This phenomenon expresses itself in many scenarios. When some hear about a couple getting divorced, their first response is “what happened?” as if they are entitled to a report about the most personal and private details of a couple and often children going through a difficult time. Many pay a shiva call and feel a need to ask, “How did he or she die?” Certainly the mourner is free to volunteer the cause of death if they like, but is it really our business and do we truly need to know? When we ask, “Why did he lose his job?” or “why did they break their engagement?” or “why is she still single?” are we asking because we care about them, or is finding out somehow satisfying something in ourselves?

The Torah places great value on people’s right to privacy. Jewish law demands that we conduct ourselves with the presumption that all that we are told even in pedestrian conversation is to be held in confidence unless it is explicitly articulated that we are free to repeat what we heard. The laws of hezek re’iyah forbid a person from looking into his or her neighbor’s property in a way that violates their privacy. We are instructed not to speak lashon ha’rah or rechilus and spread gossip, even if the information is absolutely true and entirely accurate. The Talmud (Bava Metzia 23b) goes so far as to tell us that we are permitted to distort the truth in circumstances that someone is prying for information that is none of their business and that they are not entitled to have.

Soon after Caleb was found, a member of our Shul emailed me the following: “Baruch Hashem. This is one time when we don’t need details. We need to follow up with thanks to the Almighty. The experience has ended positively for Caleb and his family and has created an increased sense of oneness and faith among Jews.”

I couldn’t agree with her more. The greatest respect we can show the Jacobys now is to give them the privacy they deserve as they are undoubtedly continuing to go through a difficult time. Let’s make this unfortunate episode productive and meaningful by channeling our “need to know” into a need to thank Hashem that Caleb is alright.

Anything more than that is simply none of our business.

Rabbi Efrem Goldberg is the Sr. Rabbi of the Boca Raton Synagogue in Boca Raton, Florida.

Caleb Jacoby — It’s None Of Our Business