What York University Can Learn From Israel 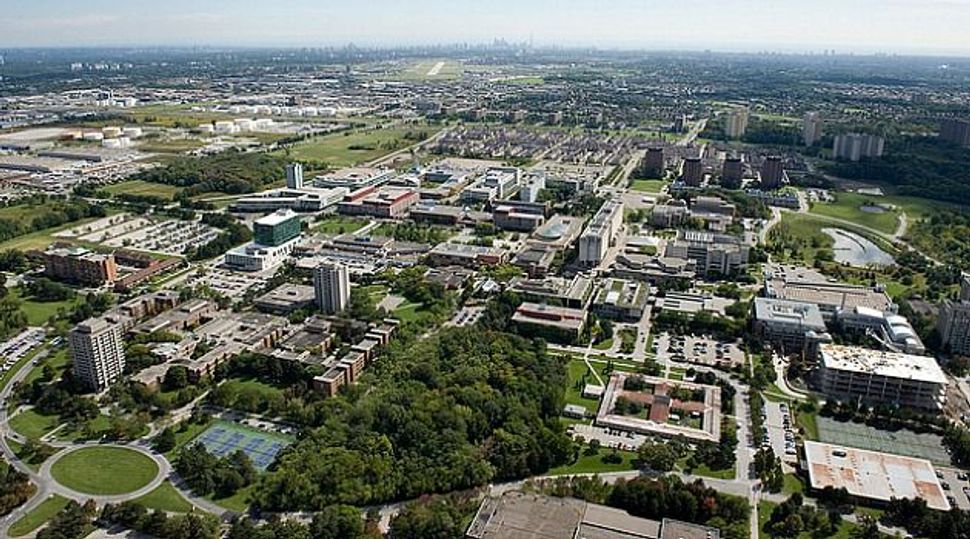 Aerial photo of York University, Toronto, in 2010. / City of Toronto

The ongoing dilemma of accommodating religious beliefs in a liberal and multicultural society is again glaringly apparent. News reports reveal that at York University, a large, publicly-funded post-secondary institution in Toronto, a student in a sociology course requested that he be exempt from required group work. His religion forbids him from “mingling with women,” he explained.

Over the ensuing days, the dean granted the request, the professor flouted the decision (insisting that doing otherwise would make him an “accessory to sexism”), the student complied with the professor’s ruling, and the dean’s decision has since been pilloried by politicians and public commentators. In a rare show of solidarity and non-partisanship, representatives of all three of Canada’s major political parties expressed dismay over the student’s request and the university’s decision to grant it, citing Canadian values of gender equality.

The media has not disclosed the student’s name or his religion. But as an observer and analyst of Jewish affairs both in North America and in Israel, I can’t help but reflect on current challenges in the ultra-Orthodox community in North America and especially in Israel. In that light, it soon becomes apparent that amid the debates over this particular Canadian case, at least one important point is being omitted.

The most common way religious accommodation debates are framed is asking how far an institution or government should stretch to respect the religious and cultural beliefs of a given individual or group. Framed this way, the implication is that “we,” the majority, the holders of power, the purveyor of societal norms, are stretching to accommodate “them,” the minority, the Other, those who would seek to subvert “our” values if we let them.

There certainly is some truth to this. Contemporary liberal democracies cannot afford to become complacent about the values of gender and religious, racial, and class egalitarianism that are intended to undergird their most basic structures. The lessons from Israel are stark. There the Haredi community has been accommodated to the point where military exemptions, state-sanctioned unemployment, and lack of general education have become the norm within that community. And a lack of basic civil legal rights in matters of personal status afflicts the entire population.

But consider what would happen if, here in North America, we suddenly threw up our hands and closed the gates of accommodation altogether. When in Rome… Or Toronto, one might say.

I would wager that, rather than atrophy and assimilate, communities who value traditional mores over the many contemporary values that guide our societies would most likely respond by further self-marginalizing. If these are the York University student’s genuine beliefs — if his plea wasn’t a “hoax,” as one blogger mused — then it is remarkable that the student elected to study at a public, secular institution in the first place. Taking a sociology course, where one is typically exposed to a variety of values and perspectives, is that much more noteworthy.

Liberal democracies rely on the marketplace of ideas as the forum for democratic advancement. And there is no better example of how this works than the model of the university classroom. There, ideas are put forth, challenged and debated, data is marshaled to defend claims, and analysis is methodologically self-conscious. Who you are both matters, where identity is harnessed in the service of self-exploration, and doesn’t matter, where students are agents of detached observation and analysis.

Bringing more religious students — those who are guided by traditional mores — into the secular fold of the university and college system is the key to strengthening civic identity and shoring up liberal democracies. In the debates over religious accommodation and in the liberal zeal to demonstrate fealty to our values, we mustn’t forget all that is at stake.

What York University Can Learn From Israel