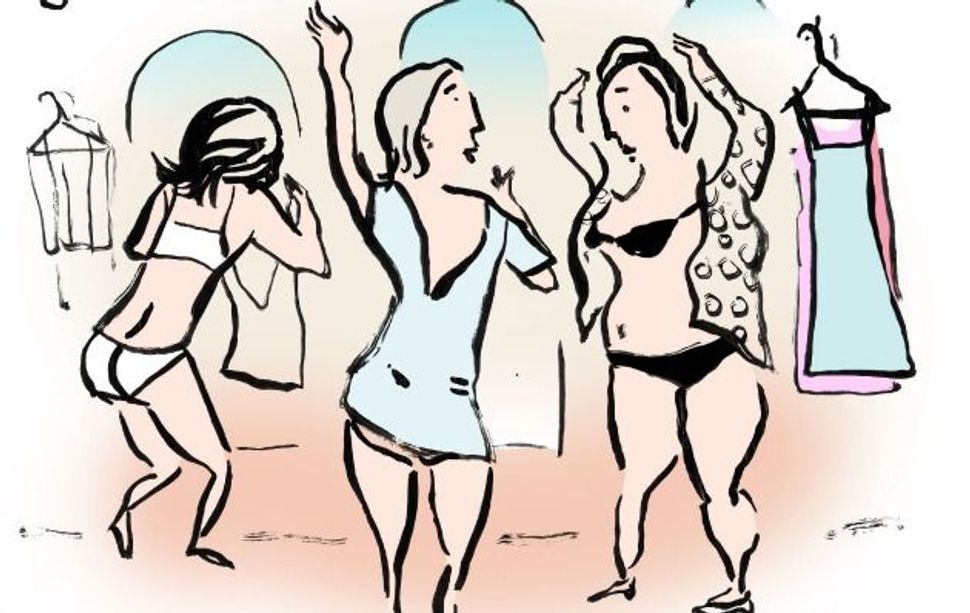 So long, Loehmann’s. After a series of store closings and bankruptcies over the past 15 years, the retailer has decided to call it quits, citing a sluggish economy and a failure to implement an effective e-commerce strategy as the causes of its demise.

This marks the end of not just deep discounts on designer clothes, but also of a moment in American history when shopping morphed into an act of class warfare and female bonding like never before.

Through Loehmann’s, women had access to designer clothing they never could have afforded otherwise. Suddenly, one no longer needed to be a member of the leisure class in order to look like one. Not with Loehmann’s prices!

These women might not have realized it, but with every 70% Ralph Lauren or heavily slashed Chanel bag, they were participating in the democratization of conspicuous consumption. Gone were the days when only the wealthy could raise their social status through the acquisition of luxury goods. This was nothing short of a revolution.

Among these pocketbook-toting insurgents were my grandmother Esther and her four sisters: Shirley, Mitzi, Irene and Edna. In the late 1970s, shortly before I was born, these Bronx-raised gals migrated to Los Angeles and to an outdoor lifestyle to which they never adjusted. Forget tennis, or swimming, or walks on the beach, these women preferred to punctuate their days with trips to department stores.

Some of my earliest memories involve caravanning with my mom and these women to Loehmann’s on hot summer days. After stopping for a lunch special at a nearby Chinese restaurant, we would make our way across the burning pavement to the dark, cool sanctuary of their favorite discount retailer. Their entrance into the store had an urgency that can be described only as biblical: They had made it to the Promised Land.

Once inside, my family would quickly disappear into seemingly infinite rows of clothes and the noise of hundreds of hangers moving quickly along the racks. One great aunt would be off in search of a sweater, another to find a dress for an upcoming bar mitzvah. Only when their arms were capable of carrying no more would they make their way to the famous communal dressing room.

These dressing rooms might very well be my Proustian madeleine. I remember the commingling of strong perfumes, the polyester undergarments in dozens of shades of nude, the immodesty, the shimmying flesh and the strong voices proffering advice to those who had asked and to those who hadn’t.

This is what it’s like to be a woman among women, I thought. This is how it is when the men are away.

I was mesmerized by these women trying on clothes, intuiting the possibility for self-renewal they might discover inside a pair of pants or a silky blouse. Each purchase would give them not just something new to wear, but also a more successful and more assimilated version of themselves.

Loehmann’s was started in Brooklyn by a woman named Frieda Loehmann in 1921, when she had the then radical idea of buying overstock from high-end fashion lines and selling it at bargain rates. The story has all the trademarks of an American Jewish tale: shmatte business, Brooklyn, a woman named Frieda — though, despite popular lore, there is no evidence that Loehmann was a Yid. In fact, a JTA story from 1934 tells of an inquiry into her rumored connection with Nazis. Don’t worry, she was vindicated.

Nevertheless, her vision was clearly one that resonated with many Jewish women, which is probably why we assumed she was one of our own. Because when Loehmann went to get those discount clothes, she knocked down a barrier between the haves and have-nots, between Jewish women living modestly in the boroughs and their WASP counterparts living in the toniest precincts of Manhattan.

In the past 30 some-odd years, we have seen a speeding up of the revolution that Loehmann began. Fashion has further been stripped of its wealth signifiers because of a combination of the availability of affordable knock-offs in chains like Zara and H&M, and flash-sale sites like Gilt Groupe that offer designer goods for 50% off or more. Some have observed that these days, the truly rich communicate their wealth through things like long vacations, private schools and, counterintuitively, being busy, because signaling status through consumption no longer does the trick.

Well, lucky for me, I am not truly rich, and therefore I can still enjoy the thrill of getting a great deal on high-end denim. Most days, around noon I click on the latest flash-sales just to make sure I am not missing anything spectacular. Should I come across something worthy, I almost always seek counsel from my little sister, who, despite being across the country, is only one chat box away. Our conversation probably sounds a lot like those carried on by my grandma and her sisters: “What do you need it for?” “It looks like a shmatte.” “Stunning.” “Eh.” Though the intimacy, sadly, just isn’t quite the same.