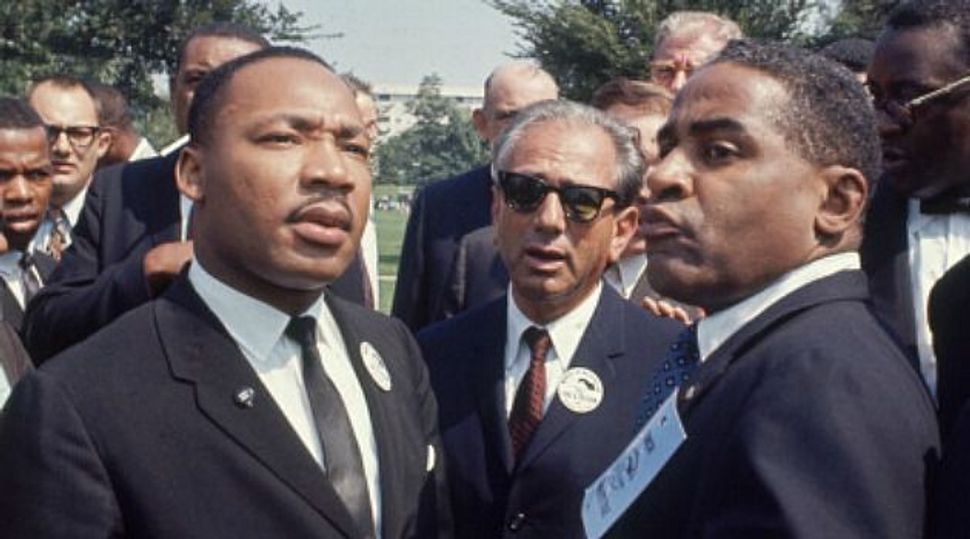 As a Canadian Jew, I often feel a twinge of envy on Martin Luther King Day. I’m envious of larger-than-life heroes who succeed in uniting a nation around issues that are so blatantly about justice versus bigotry that almost no one can today publicly disagree. I’m envious for symbols like Rosa Parks, and for American rabbis, like Rabbi Abraham Joshua Heschel, who were able to join these freedom seekers while “praying with their feet,” as Heschel famously described his act of solidarity when he marched in Selma.

Today, it seems, the issues worth fighting for when you’re a Canadian Jew who expresses her political Jewish identity largely in terms of attachment to Israel are not nearly as simple. This can make the idea of praying with one’s feet a lonely exercise. As I write this, Israel is hosting an official visit by my prime minister, the Jewish State’s best friend among a sea of leaders who are increasingly critical of Netanyahu’s policies.

Will Prime Minister Stephen Harper mention anything to Bibi, today, on Martin Luther King Day, about the hundreds of Africans whom Israel is holding in open-air prisons, in contravention of the international refugee convention to which Israel is a signatory?

Many would of course argue that separate water fountains, Jim Crow, voter suppression, and back-of-the-bus laws in pre-civil rights America have nothing to do with the current asylum-seeker quagmire in Israel. But many others would say that there lies but a short road from one to the other.

I also wonder whether Prime Minister Harper will suggest to Bibi, today, on Martin Luther King Day, that the many laws that still exist in Israel — laws that effectively discriminate between Jewish and non-Jewish citizens of Israel — should be changed.

Again, I am well aware that many would object that the American civil rights struggle cannot be compared to the plight of Palestinian citizens of Israel (or “Arab Israelis,” as these critics would likely call them). In fact, that two Arab Knesset members heckled Stephen Harper today as he addressed the Knesset might even be brought as proof of Palestinian citizens’ lack of respect for the symbols of the Israeli state.

But when I contemplate these various struggles, which all have to do in some way with bigotry, power differentials, and mistreatment of minority populations, I can’t help but feel that how we think about one impacts how we think about another. These types of struggles are interconnected — not just in Israel, but in America and around the world.

I don’t think I’m alone in viewing such issues as interrelated, even if only loosely. Last year, the Anti-Defamation League issued an ad campaign called “Imagine a World Without Hate.” In a touching and poignant video, viewers are taken through the pages of a fictional newspaper. An older Harvey Milk is shown working to expand LGBT rights. A 90-year old Yitzhak Rabin is honored for two decades of Israeli-Palestinian peace. And an aging Martin Luther King fights for immigration reform.

All these figures — as well as the others profiled in the video (Anne Frank, Daniel Pearl, James Byrd, Matthew Shepherd) — were stolen from us in their prime, all victims of murderous bigotry.

But not all of these issues seem as simple to some as the issue of racial equality and civil rights in America now, thankfully, is. We know, sadly, that many individuals in power — in America, in Israel and certainly in many, many other countries — would still seek to deny full freedom to gays and lesbians, to those seeking pathways to immigration within their borders, and to Palestinians demanding an end to occupation.

I am heartened that the ADL sought to bundle these issues together. But I am painfully aware that there remain many dark corners where the light of MLK’s memory still needs to be shone.