The Benefits of a Woman’s Place 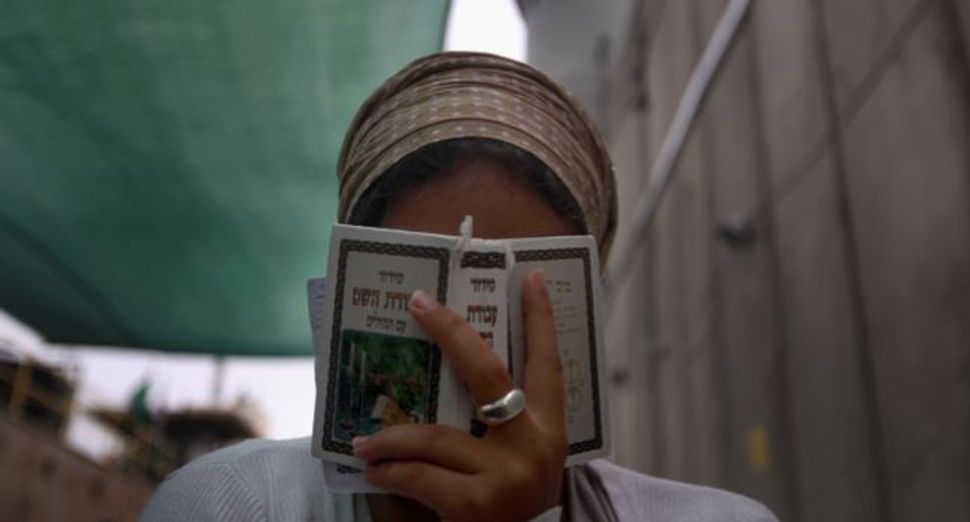 Private Affair: Women are able to pray on their own and in their own time. Image by Getty Images

It’s probably because I’m male — and Haredi, or “ultra-Orthodox,” to boot — that, much as I try, I find it hard to relate to Jewish women who feel religiously unfulfilled unless they can lead services, read from the Torah or otherwise take up public roles in synagogue life.

But there’s another reason, too: I don’t personally care for those roles. When asked to lead services, I do my very best to demur, and would be very happy if I never had to accept. It’s not that I don’t know how (I’ve led High Holy Days services), and not that I’m embarrassed by my voice (I sing spiritedly, and usually on key, at the Sabbath table); it’s that I just don’t like being on display. And that’s how I feel at the synagogue’s “center stage.” I like to be left alone when I’m trying to connect with the Divine. Truth be told, I’d much prefer to be sitting behind… a mechitzah. Or at home. Just leave me alone, let me pray.

But that’s just me. I recognize that other Jewish men exult in standing behind the lectern, and beam from the bimah. That’s fine (especially since it takes some pressure off me). And I recognize, too, that — at least in some Jewish circles — there are women, as well, who feel a need to be front and center in order to have a satisfying synagogue experience. I don’t understand them (or the men, for that matter), but I recognize their preference all the same.

By contrast, even congregational prayer itself doesn’t rank high for many other women. My wonderful wife and our wonderful daughters, for instance, have never looked to the synagogue for validation or fulfillment. They attend services on Rosh Hashanah to hear the shofar, before Purim to hear Amalek, on Purim to hear the Megillah. But they generally choose to pray in private at home. I came to envy them when, with an injured back during an ice storm a couple of winters ago, I davened at home. What a powerful experience that was! I didn’t have to keep pace with the leader of the services (who’s always too fast for my liking), and could concentrate as I seldom can in the presence of others.

Still and all, I know that there are many Jewish women who are very different from me and my wife and our daughters, women who feel a need to attend services regularly and even to lead them. Although I consider Halacha and traditional Jewish custom sacrosanct, Judaism also demands of me to not judge others until I “stand in their place,” and that applies no less here than anywhere. So, even though I may disapprove of the concept of egalitarian Jewish prayer services, I wouldn’t criticize any Jew who feels she needs them.

What I can do, though, is present myself, the women of my family and those of countless other families as examples of a different but entirely fulfilling (if dissonant with contemporary Western mores) approach to Judaism, if only as food for thought.

Among our daughters are teachers, a graphic designer, a sonographer, a special education tutor, an author — and mothers. They are all greatly accomplished, but they still don’t consider synagogue attendance terribly important, and none of them aspires to leading services. They, and we, simply don’t identify prominence with meaningfulness, or equate public roles with important ones.

A good model for our perception of Jewish life is a band making music. The bass line or drumming isn’t prominent, but it’s essential to making the music work. Does a bassist or a drummer covet the lead guitarist, begrudge her her role? If the members of the mutual enterprise are producing the best music they can as a team, they will celebrate their own roles, not fancy those of their bandmates.

Yes, yes, I know, I’m a Neanderthal for insinuating that women have Jewish roles that are different from those of men. But that is what Jewish tradition teaches. One can choose to ignore that tradition (or “update” it, which is the same thing). But before anyone does that, it behooves the person to at least consider it first, and the possibility that a meaningful Jewish life is in fact not about our particular roles but about how well we fulfill them. Our Jewish success is forged by our actions, not our voices.

The Benefits of a Woman’s Place