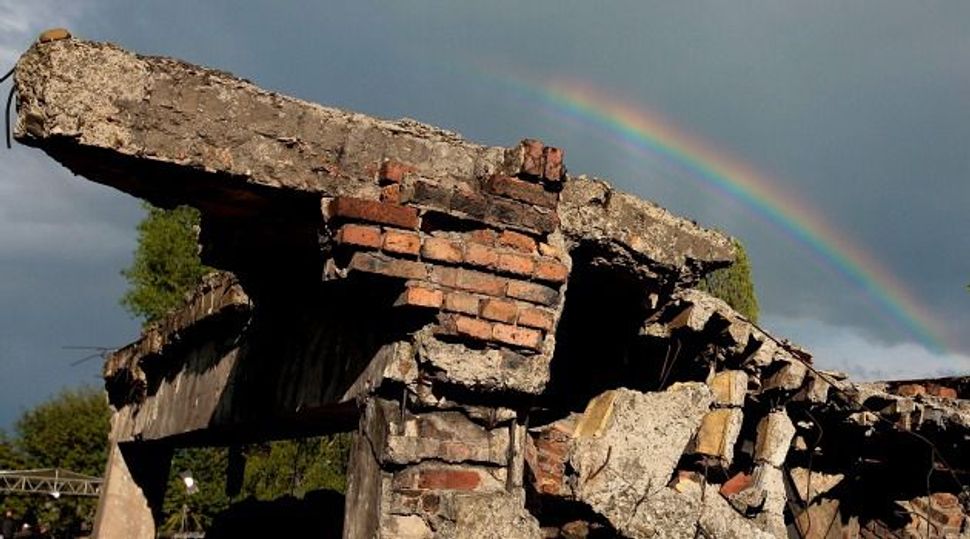 Lying at the heart of every political position I hold is an undying faith in human fallibility. Not only might we get things wrong, we will get things wrong – just as we got things wrong last week and last year and last war, forever and ever, back and back, all the way into our misty past.

Fortunately, history is chock-a-block with examples that prove my faith to be unassailable. In fact, it’s hard to know which example would be most illustrative here. Knowing the world is flat? Check. How about knowing we’d be greeted as liberators? Check and check. Or no, I have one: Gas chambers.

But for all that, Wyoming is where the topic of gas chambers was most recently raised, in the context of a broader conversation about the death penalty and America’s growing awareness that we were wrong when we thought that execution by lethal injection might not be a cruel and unusual punishment – because as the horrifying story that recently emerged from Ohio’s death row indicates, a whole lot of suffering can fit into just a couple of needles.

So what are some of America’s politicians suggesting instead? A reconsideration of sentencing procedures, a re-examination of the legal foundation for death penalty policies? No. They’re suggesting firing squads. The electric chair. Gas chambers.

I’ve been an opponent of the death penalty for as long as I’ve known myself to be sentient, and as such, I don’t pretend to anything even remotely approaching “objectivity” on the topic. I was active in efforts to win clemency for Troy Davis, a man who was almost certainly innocent of the crimes for which he was ultimately killed, but I have also been active in efforts to stop the executions of people who were certainly guilty of terrible crimes.

This opposition is rooted in my belief that human beings should simply not be in the business of killing each other, largely because we are far too fallible to hold such awesome power – as Maimonides wrote: “It is better and more satisfactory to acquit a thousand guilty persons than to put a single innocent one to death.”

But Judaism teaches of another reason to stay our hands: Not only might we make a mistake (which is surely bad enough), but if we kill someone for crimes actually committed, they’ll never have the opportunity to truly repent. “Is it my desire that a wicked person die?” God asks us in Ezekiel, and answers: “It is rather that he shall repent, and live.” As Maimonides explains: “No matter how grave the offense or however long after it was committed, the possibility of true remorse and return to the ethical path is always present.”

There is no comparison to be made between the six million and America’s death row, and I do not wish to suggest that such a comparison be made. The death penalty is (in my opinion) an evil – but it is not the Holocaust. I want to make that perfectly clear.

But I do think that it’s worth paying attention to the kind of sensitivities that are raised, the kinds of bells that are rung, when certain words are used or certain behaviors endorsed.

As Jews, as human beings, the words “gas chambers” should make us profoundly uncomfortable. They should bring us pause, and force us to look more closely at what our legal authorities are doing in our collective name.

Wars are sometimes just, and occasionally cannot be avoided; self-defense is of course not only just, it’s a mitzvah. Sometimes humans must deal each other death. Sometimes we have no choice.

The death penalty, however, is always a choice, always made by humans. And humans are singularly capable of getting things very, very wrong. The very idea of using gas chambers to kill people in the 21st century should remind us of just how wrong we can go.