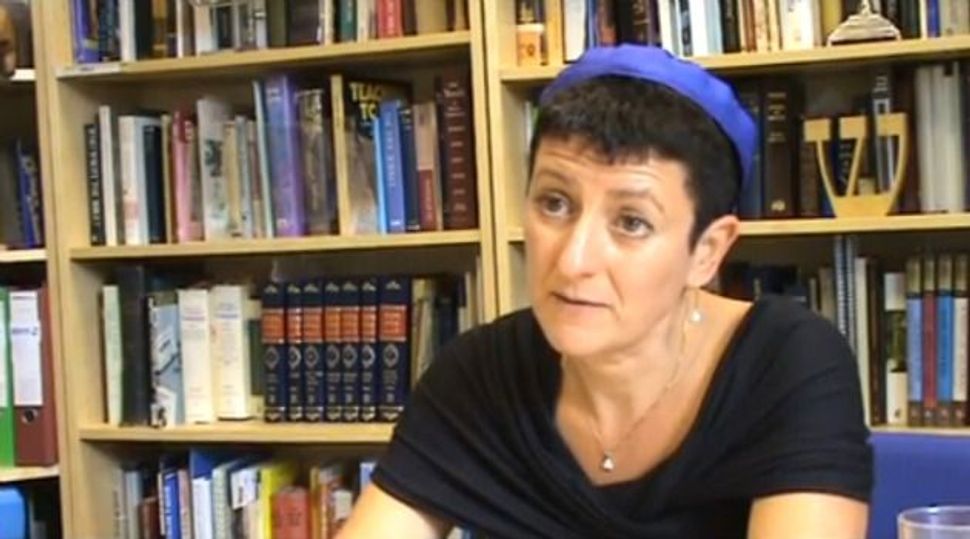 “I believe that we are now at one of those critical, pivotal moments in our history,” Rabbi Laura Janner-Klausner, Senior Rabbi to the Movement for Reform Judaism, recently informed the Board of Deputies of British Jews. “It’s sneaking up on us. What is happening is an upheaval that threatens our cohesive fabric.”

American and British Jewry share the same fate. On one end of the religious spectrum, through intermarriage and assimilation there is a drifting away from Jewish identity. In the United Kingdom, the preliminary findings of the Institute for Jewish Policy Research’s National Jewish Community Survey showed that under half of intermarried Jews attend a Passover seder, one third fast on Yom Kippur, and only 18% attend a Friday night dinner most weeks.

In the center of the religious spectrum, British Jews under 40 are more likely to value belief in God or marrying within the Jewish faith than their parents, yet some don’t have the knowledge or language of Judaism to live a fully Jewish life. And, at the other extreme, the burgeoning, young Haredi community is displacing an aging, secular or traditional population. Today in the UK, nearly one third of all Jewish children under the age of five are born to Haredi parents.

“By definition, the Haredi community lives in seclusion, and so the mainstream community might not be aware of changes going on in that community,” Janner-Klausner told The Forward. “I am concerned about and connected to the Jewish people as a whole. As a community, we have to be able to talk to each other and understand each other.”

The Orthodox and non-Orthodox streams of Judaism in the UK have cooperated on important issues such as shechita (ritual slaughter) and brit mila (circumcision), and share concerns regarding government policy on social housing and care for the elderly. Yet the growing Haredization of British and American Jewry will inevitably place a strain on communal services and financial resources, as a section of the community dependent upon state benevolence and private charity expands.

So, as important as it is to engage the Haredim, it’s just as important to reengage millennials, the second generation of intermarried families, and those within mainstream Jewry who lack core Jewish knowledge and skills. Millennials, who in time will come to be the leaders of the Jewish community, do not at present buy into the authority of institutions as their parents did, Janner-Klausner observes. Even if communal organizations imagine themselves to be open, to millennials, the doors to establishment Judaism seem shut.

That’s why new channels of communication must be opened up. Janner-Klausner envisages a new program that will act as a kind of Judaism 101, introducing or reintroducing people to “practical skills we need as Jews: the blessings, kashrut, how to keep a Jewish kitchen, what you should do in shul,” and so on. Any national project “would need to be multi-platform, to reach people through the Internet as well as with paper-based instructions that can be used on Shabbat. The format would be a mixture of language and explanation,” produced in a way that is “accessible but not patronizing.”

A national project on Jewish literacy and home-based skills is one means of removing the intimidating barriers that separate Jews, the spouses of Jews, or those who feel an affiliation with the Jewish people from Judaism itself. Another would be changing attitudes towards conversion in order to make for a more positive and inclusive experience.

At present, there is an “attitude of exclusion” around conversion, one that is “self-destructive,” Janner-Klausner said. The process of conversion needs to be made approachable, while still imparting Jewish textual and customary knowledge. “I cannot tell you the number of people who have tried to convert through mainstream Orthodoxy and have felt as though they were treated ungraciously. Why are we not able to say, ‘Who wants to come in is welcome’?”

The present crisis of identity also demands that new answers be conceived to the question, Why be Jewish? Such answers, Janner-Klausner believes, must move beyond tradition and compulsion, the Shoah and Israel, since such things — while important — do not appear to resonate with millennials.

“We need to not be afraid of asking the question, why be Jewish?” Janner-Klausner said. “We need to consider and discuss what is important to you about being a Jew, since Judaism and Jewish identity is multifarious and enriches people’s lives in different ways.” In order to reach millennials, then, on both sides of the Atlantic, Jewish identity must be reframed as a desire, something that brings fulfillment, and not merely as an obligation.