Why Climate Change Denial Is Biggest Conservative Lie of All 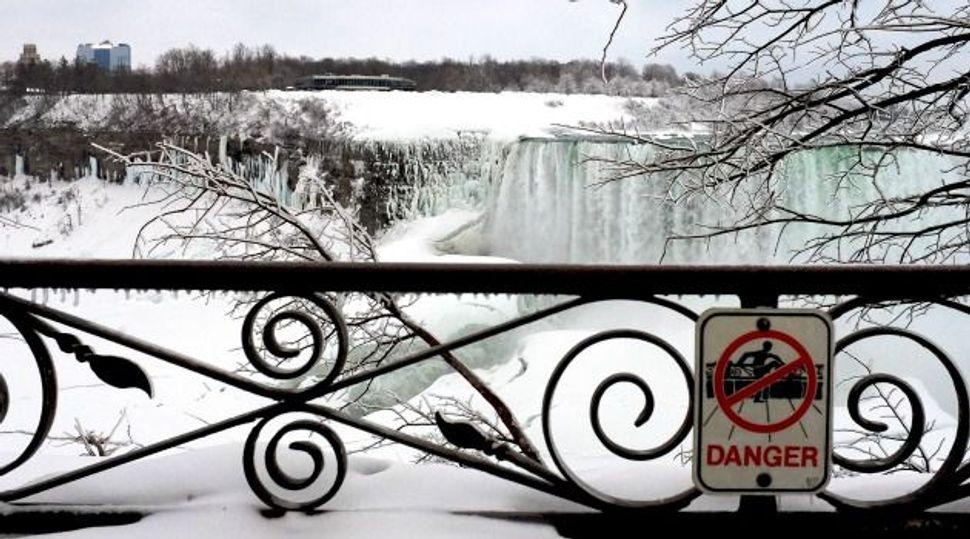 Are conservatives ever right?

But no error, no misguided application of ideology, no deception is more damaging than the web of lies that conservatives have spun about climate change.

According to a recent study by Yale University, only 32% of Americans believe that global warming is happening, and that human beings are responsible for it. This despite a complete – that’s right, complete – consensus on that point on the part of scientists not working for the fossil fuel industry. As with evolution, there is a unanimous consensus among independent scientific experts, with uncertainties limited to size and scope.

Indeed, the distance between informed and ignorant is widening. Only a year prior, the Pew Research Center found that 45% of Americans “believed” – why is this a belief? – that humans are causing climate change.

Why the gap? As described in exhaustive detail in Naomi Oreskes’ and Eric Conway’s Merchants of Doubt, Chris Mooney’s The Republican War on Science, James Hoggan and Richard Littlemore’s Climate Cover-Up, and a shelf full of books that only liberals read, billions of dollars have been spent by the fossil fuel industry, and fossil fuel industrialists like the Koch Brothers, to cast doubt on the reality of anthrogenic climate change.

There is no doubt. A recent study found that between 1998 and 2002, there were 928 peer-reviewed scientific articles describing how human activity has caused climate change. There were 0 denying it.

Meanwhile, another study found that of the 141 books denying climate change – none of which were scientifically peer reviewed – 130 of them were written by conservative think tanks funded by Big Oil, or by authors affiliated with them.

In other words, the “debate” about climate change isn’t among scientists. It’s between scientists and industry lackeys who are paid to lie.

“Lie” may be too strong a word. How about “distort”? Or “selectively report”? Or maybe just “say stupid stuff”?

Case in point: the chilly weather this winter. By now, everyone who doesn’t rely on Fox News for fair and balanced opinion knows about the “polar vortex.” As shown in this computer model by WeatherBELL analytics, the cold air we’re experiencing is because arctic air has been displaced from the Arctic. In New York, we’re shivering. In Alaska, they’re (relatively) burning up, with temperatures in the 50s and 60s.

What’s more, the polar vortex got spinning in the first place because of climate change – more specifically, extremely unusual warming in the stratosphere in polar regions, likely due to ice melt, which is, of course, a result of global warming.

In other words, not only does this cold winter not disprove climate change; it proves it.

Of course, the paid ignoramuses over at Fox News are having a field day with the icy roads in Atlanta and the blizzards in Tennessee. Ha Ha! Where’s that Global Warming now?

That is an answerable question. Global Warming is “in” the hot air over Alaska, which has pushed cold air down to the Lower 48. That’s why the weather is so weird. This may be climatology, but it sure isn’t rocket science.

Most American Jews vote Democratic, and political beliefs being what they are – which is to say, forms of community consensus rather than rationally deduced positions – most Jews understand the basic logic of climate change, although there has not, to my knowledge, been a survey establishing this.

Yet in our community’s public discourse on the issue, we mistake the proper response.

Frankly, it doesn’t much matter if you recycle, or offset your carbon footprint, or switch to a hybrid car, if governments can’t take meaningful actions to reduce or offset greenhouse gas emissions. If China doesn’t play, we all lose. If power plants don’t change, we all lose. If carbon sequestration doesn’t happen, we all lose. And each of these steps (three among many that are needed) requires collective action.

No amount of personal virtue will prevent climate catastrophe. As long as the Republicans and other conservatives cling to the strategy of denial, even mockery, of climate change, we will get nowhere. There’s no point in urging climate change believers to be ever more environmentally correct in their behavior if we don’t vote out the politicians who obstruct the change we need.

The free market won’t save the Earth either. Yes, it may upset some conservatives, libertarians and Tea Partiers that government-led action is necessary to solve this particular problem. But that only points to the flaws in their ideologies. This is just not a problem that the Invisible Hand will solve.

That partisan message is rarely proclaimed from the pulpits of American synagogues, where shalom bayit (getting along at “home”) is understandably a paramount virtue. But the reason it’s a partisan message is because conservatives have made climate change, which is a scientific fact, into a partisan issue.

They are wrong to do so, even if they are motivated by millions of industry dollars. And until conservatives start actually conserving, it is wrong not to call them on this latest instance of willful blindness – like so many that have gone before.

Why Climate Change Denial Is Biggest Conservative Lie of All