Single, Non-Jewish, and Eager To Convert 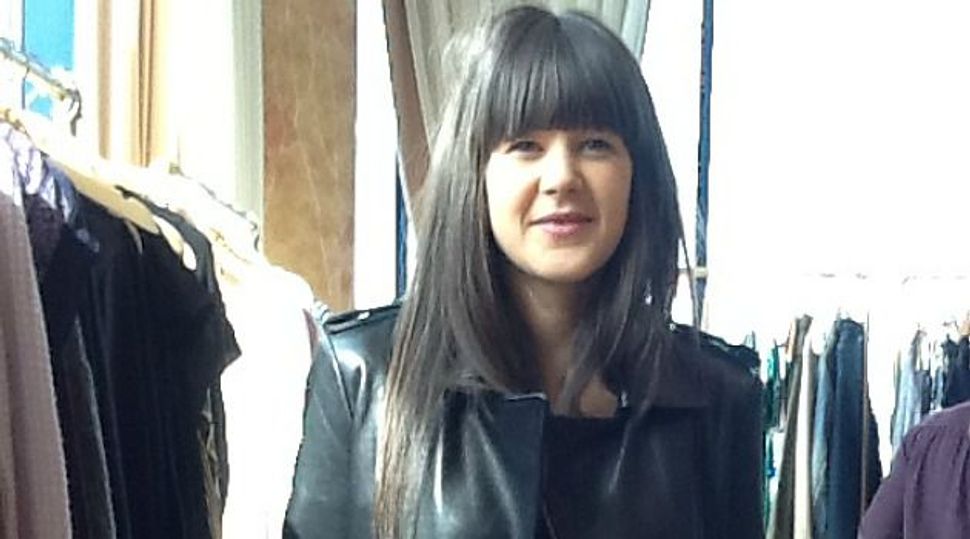 Kelly was one of those non-Jewish girls I’d always envied — the ones who seemed to know where every cool party was and dressed with an urban flair. So it took me by surprise when, one day last year, she excitedly told me that she was converting to Judaism.

I knew she loved “Jewy” things. She even had a blog, “Bunny Shapiro,” where she posted pictures of old Jews eating at delis, mezuzas she found pretty and, because she worked in the fashion business, photos of Jewish fashionistas. But I figured the whole Jewish thing was just part of her eccentric persona, not something a non-Jewish, 30-year-old downtown New Yorker would seriously consider taking on. And she told me she wasn’t doing it for a Jewish guy; she was taking the big step on her own.

I was really puzzled. I am from a Hasidic background and have struggled with my own Judaism, sometimes feeling that it was a burden to be so different. Never mind the nightmares I had as a child about the Holocaust. So why did this cool New York woman want to become Jewish?

Because I’m a journalism student, I naturally decided to do some research. I ended up writing my master’s thesis on singles converting to Judaism. I found that some did it because they felt Christianity didn’t give them the answers and Judaism did, or because a parent or relative was Jewish and they wanted to reconnect to their heritage, like the one man I interviewed who converted after he discovered his ancestor was a Marrano. One of the best reasons I heard was from a rabbi who told me the story of how, years ago, a single woman came to him to convert “because of Paul Newman in the movie ‘Exodus.’”

But each reason had the same underlying theme: All these people experienced a deep connection to Judaism and to Jews. “Have you ever been with a group of people and just felt you belonged?” one single convert I spoke with explained.

I met Kelly often as I was writing my thesis, and our friendship grew stronger. She told me that she had wanted to be Jewish since she was a little girl growing up in Canada. The homes of her Jewish friends (“There was Rachel Mendelsohn, Talia Klienplat”) seemed like warm, loving places, where everyone got along, holidays were always being celebrated and the mothers were glamorous and “over the top.” Her home was very different. Birthdays and holidays were rarely celebrated, and the house felt cold, her parents distant.

That feeling of coldness followed her into the neighborhood church that the family would attend occasionally. “I was always freaked out by Jesus on the cross. Aesthetically it’s just dark and scary, worshipping a dead man on a cross,” Kelly said. Not surprisingly, her family isn’t that supportive of her conversion. But Kelly is nonplussed. She doesn’t expect them to understand her feelings for Judaism.

A few months ago I went with her to visit the Museum of Jewish Heritage in Lower Manhattan. At one exhibition, Hebrew letters flashed on a large screen, followed by pictures of children studying Torah, images of Israel and of smiling families. The screen went dark for a few moments, and then hundreds of candles lit up the room, their flames flickering across the walls.

“It is my job to make the world a tiny bit better than I found it,” a man off-screen said as black-and-white pictures of Jews marching arm in arm with black civil rights leaders in Selma, Ala., appeared. The words tikkun olam flashed on the screen. Kelly’s eyes widened, and she clasped her hands together and whispered, “This is why I want to be a Jew.”

Most of the women I spoke to (more single women convert than men), including Kelly, said they figured the only way to become Jewish was to marry a Jewish man. But after a few unsuccessful dates, they realized that they didn’t have to wait around to find a man to do it with. This was a journey they could make on their own.

But they are the minority. The large majority of the estimated 10,000 conversions a year is by someone in a committed relationship with a Jew. And with good reason; the challenges of converting can prove too difficult to people doing it on their own.

“Pure is nice, but partner is better,” said Rabbi Stephen Lerner, who runs the Center for Conversion to Judaism. Lerner says that while it’s admirable that single people want to convert not just for the sake of a future Jewish spouse, they “have no anchor, no partner, and have to create their own community, which is much harder.”

So much of Jewish life is geared toward families, and singles can get lost or ignored in a synagogue. (“It might be a New York thing,” one convert suggested. “Maybe in small towns they are nicer.”)

Kelly said she struggled in the beginning. When she visited her first sponsoring rabbi’s synagogue, no one came over to welcome her or to make an introduction. It left her disappointed and uncertain about her conversion.

“It made me question everything I was doing. What if I don’t find a community?” she said.

Since then, she has found a new sponsoring rabbi and a synagogue of which she feels very much a part.

“It’s exactly what I imagined a synagogue to be,” she said.

Kelly will be converting on February 14, which happens to be Valentine’s Day. I asked her if she feels lonely making this dramatic change on her own on a day that celebrates companionship.

“No, no”, she told me. “I was thinking how nice it is that I will celebrate my love of Judaism every year on Valentine’s Day. After all, it’s a holiday of love.”

While she admits that the whole process would have been easier with a Jewish partner, in the end she feels that doing it on her own has made her connection to Judaism stronger.

“I think you have to do more and search harder,” she said. And sure, if the right guy comes along, that will be great. But she says that for the first time in her life she feels like she finally is who she was always meant to be. “I don’t need someone else to complete me,” Kelly said.

Shayna Estulin is a recent graduate of Columbia University’s Graduate School of Journalism.

Single, Non-Jewish, and Eager To Convert