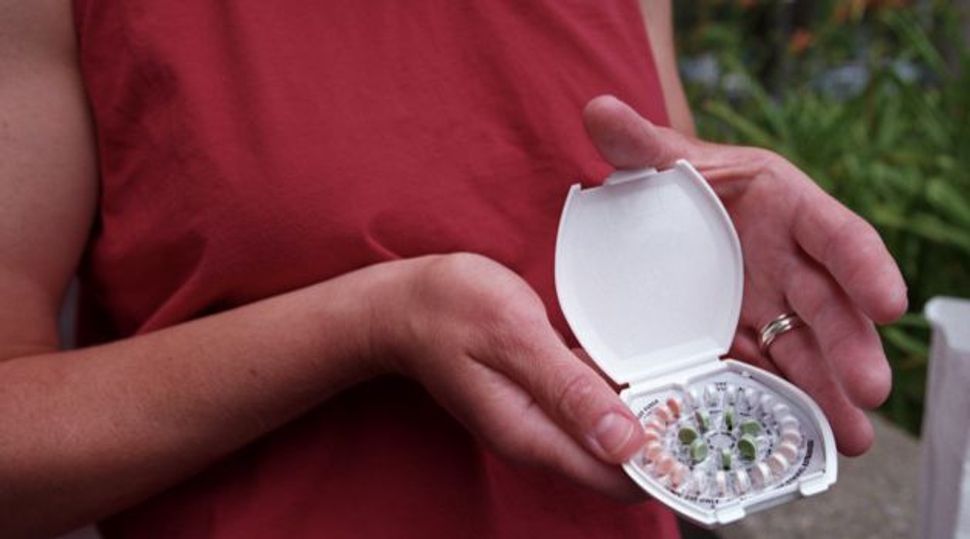 Next month, the Supreme Court will hear the most important abortion case in decades. Like the recent anti-gay law vetoed by Arizona Governor Jan Brewer, it turns on the meaning of the term “religious liberty.”

The case — actually a consolidation of two similar cases, Hobby Lobby v. Sebelius and Conestoga Wood v. Sebelius — comes in the wake of the Affordable Care Act, also known as Obamacare. Among the myriad provisions of the ACA, the Department of Health and Human Services required that corporations include coverage for contraception in the health plans they offer their employees.

Two corporations owned by religious individuals have sued, claiming — as did the proponents of Arizona’s anti-gay law — that their religious liberty is being violated. And surprisingly, a handful of Orthodox Jewish organizations are supporting them.

The story begins in 2003, when the Equal Employment Opportunity Commission held that failure to include contraceptive coverage in insurance policies violated the Pregnancy Discrimination Act. Ten years later, in implementing the ACA, HHS followed this precedent.

The response was hysteria. The Obama administration was declaring war on religion, conservatives cried.

In a compromise, organizations affiliated with a religious institution — such as Catholic universities, Catholic hospitals, Jewish nursing homes, and Mormon church-run businesses — were exempted from the requirements of the law. This barred hundreds of thousands of women from access to reproductive healthcare. Yet the “religious liberty” movement wanted more. They wanted corporations, too, to be exempted from the requirement, if those businesses’ owners professed a religious objection.
Hobby Lobby, the national crafts store that employs 21,000 people, and Conestoga Wood Specialties, a furniture company, were two such corporations. And so when the Obama administration refused this latest demand, they — or rather, the Catholic-funded nonprofits that represent them — sued, all the way to the Supreme Court.

No one doubts the sincerity of their owners’ religious beliefs, and their rights to practice their religion. But at issue in the court case is whether one person’s religious liberty trumps another person’s rights.

The overwhelming majority of American Jews recognize this — precisely because we have historically been a religious minority. Unsurprisingly, Jewish support for prohibiting such religious coercion has long been in the 80-90 percent range. And indeed,the vast majority of Jewish organizations, from the Anti-Defamation League to the National Council of Jewish Women, have taken leadership on the pro-liberty, pro-minority, pro-civil rights side of both the Hobby Lobby case and the question of religious refusals in general.

Yet the Hobby Lobby case finds the Orthodox Union, along with Agudath Israel, the Rabbinical Council of America, and other Orthodox organizations on the anti-choice, pro-coercion side of the issue. They have joined Hobby Lobby in claiming that a corporation providing insurance coverage is tantamount to the corporation’s owners providing contraception. And that a corporation may force its employees to obey their bosses’ religious dictates.

What motivates these Orthodox outliers?

In their amicus brief, they voice a concern that Orthodox-owned businesses might not be able to enforce modest-dress requirements. And they point out that under Jewish law, there is no distinction between an individual and a business that individual owns. (Apparently religious law should be taken into account by American courts, as long as it’s not sharia.)

But surely that is just the tip of the iceberg. These organizations are ideologically opposed to sexual liberation and its consequences, including birth control, abortion, and equality for LGBT people. And if that means utilizing state power to advance their moral agenda, so be it.

Whatever their reasons, these Orthodox Jewish organizations are actively eroding the civil rights of all of us. And while they represent a minority of Jews, they provide ecumenical cover for conservatives desperately trying to maintain Christian hegemony in America.

We should not remain silent. As they did in Arizona, religious leaders concerned about this new campaign to permit religious coercion should speak out from their pulpits, sign petitions, and donate money to organizations they reflect the American Jewish consensus. Real religious liberty — the liberty to be free from religious coercion — is indeed at stake. This is both a Jewish value — elu v’elu divrei elohim chayim: multiple opinions may be sincere, correct, and even divinely inspired — and among our most precious civic ones: that one person’s religion ought never compel that of another.