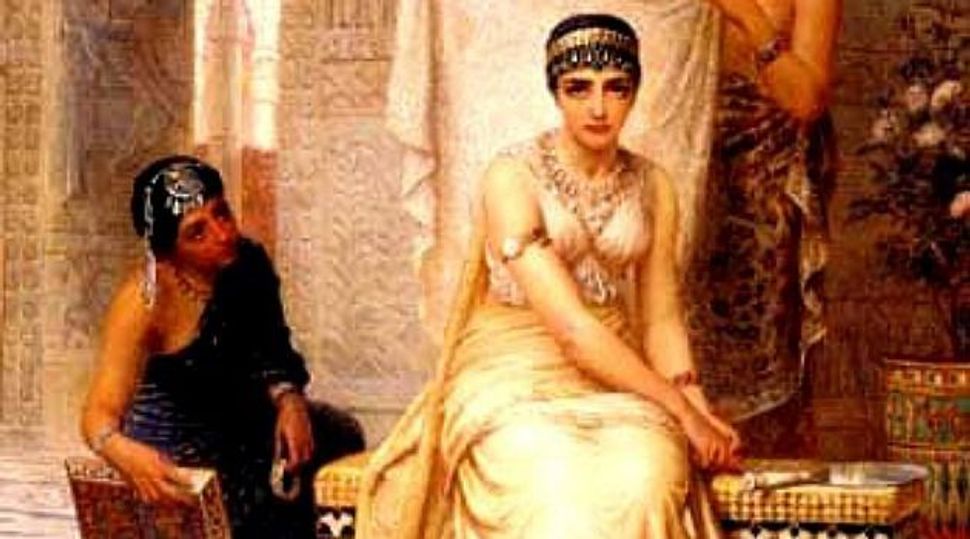 (JTA) — On Mar. 8, we celebrate International Women’s Day, a day intended to celebrate the economic and social advances made by women, while at the same time drawing attention to areas that still need action. It is striking that this year the day falls so close to Purim.

The proximity is not lost on us. We remember Vashti, who was killed for disobeying her husband. We celebrate Esther, who spoke out.

It is for her that we must now speak.

We know the stories. We know that one in every three women will experience violence at some point in her life. We know that 1 billion women and girls are affected by violence, including rape, domestic violence, acid burning, human trafficking, dowry deaths and so-called honor killings. In times of conflict, rape is often used as a weapon of war.

The terrible consequences of this epidemic of violence rob countries of the contributions and talent of half their populations. Violence takes the lives of millions of women and girls and denies countless others their dignity and their right to live safe, productive lives. No country is immune. Violence crosses all national borders and affects women of all ages, social groups, religions and economic, racial and ethnic groups.

The Obama administration has taken key steps to support millions of women and girls by establishing the Office of Global Women’s Issues in the State Department, releasing the United States National Action Plan on Women, Peace, and Security and developing a government-wide strategy to uplift and coordinate efforts to address gender-based violence in U.S. programs abroad. This comprehensive strategy improves existing foreign assistance programs with the goal of helping to prevent, reduce and ultimately end violence against women.

But it’s not enough to create a strategy – the U.S. Congress must take a stand against violence against women globally to effect true change. The International Violence Against Women Act (I-VAWA) will make existing efforts to stop violence against women more integrated, effective and efficient, placing women at the center of U.S. foreign policy.

The legislation would direct the U.S. government to implement its strategy to reduce violence against women in at least five countries where violence is severe. The bill would also permanently authorize the Office of Global Women’s Issues, an important move that will ensure the prioritization of women and girls in future administrations.

I-VAWA would also allow women’s organizations abroad to finally get the help they deserve. Programmatic support and capacity building will focus on both prevention, such as economic opportunity programs and public education campaigns to change attitudes, and intervention, such as health care for women who have been raped and who may become infected with HIV/AIDS. U.S. government agencies that engage in foreign assistance work overseas would be required to take all possible steps in their programming to prevent and respond to gender-based violence and to be coordinated in these efforts.

Addressing violence against women is crucial to global development and stability. When women and girls thrive, societies are more likely to prosper, reduce rates of HIV and AIDS, decrease child and maternal mortality, and increase participatory and democratic governments – all of which makes U.S. assistance dollars go farther. U.S. security – and the security of all countries – is only enhanced when the status of women is elevated.

I-VAWA is championed by Rep. Jan Schakowsky (D-Ill.) and Sen. Barbara Boxer (D-Calif.), two powerful Jewish women leaders. The legislation was introduced in the House this past June and now has six Republican co-sponsors and will shortly be reintroduced in the Senate. This is now the fourth Congress to address this legislation. How many times does it need to be considered before it is passed? On the heels of passing a strong, bipartisan Violence Against Women Act reauthorization, Congress has a historic opportunity to focus on women worldwide and finally pass I-VAWA.

This Purim, let’s remember Vashti, honor Esther and use our voices to stop violence against women and girls around the globe.