Who Counts as a Holocaust Survivor? 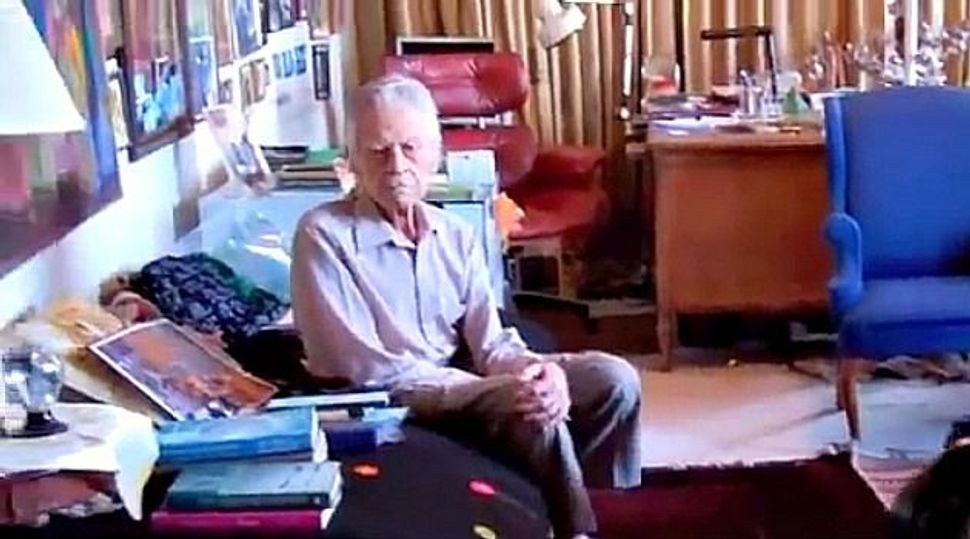 At 111, Dr. Alexander Imich may be the oldest living Holocaust survivor. / YouTube

As a writer for a Yiddish newspaper and as a Yiddish translator, I spend a lot of time working with Holocaust survivors and their writings. I’ve spent upwards of 1000 hours conducting oral history interviews with Holocaust survivors and translating Holocaust testimony. Recording, preserving and sharing these stories is a large part of my day-to-day life. So although I’d hardly consider myself an expert on the topic, the Holocaust plays a much greater role in my life than it does for the average 20-something American Jew.

That’s why I was taken aback last week when I realized that I couldn’t answer a colleague’s seemingly simple question: “Who ‘counts’ as a Holocaust survivor?” The question arose after the inimitable Alice Herz-Sommer died at 110 years old on February 23. Herz-Sommer, a gifted pianist who knew Kafka in her youth, survived the Theresiendstadt concentration camp in her early 40s along with her son Raphael. Herz-Sommer’s life, musical career and indomitable spirit are recalled in the Oscar-winning film “The Lady in Number 6.”

Although Herz-Sommer was widely described as the world’s oldest Holocaust survivor at the time of her death, I believe there is an older survivor living in New York City. Dr. Alexander Imich, with whom I conducted an oral history interview in July, was born in Czestochowa, Poland on February 4, 1903. That makes him 111.

A scholar of the paranormal who is fairly estranged from his Jewish roots, Imich could still recall a few lines of a prayer in Ashkenazi Hebrew, which he had learned in a traditional Cheder. “Boruch Ato Adoneai Aloheinu Meylech Haoylum Ha…” he chanted. About forgetting the next word in the prayer, he later quipped, “Well, it was more than a century ago.”

Imich also vividly recalled the beginning of WWI, his service as a 15-year-old in the Polish-Soviet war of 1918-1919 (of which he is the last surviving veteran) and suffering anti-Semitic discrimination as a PhD candidate in the 1920s at Jagiellonian University in Krakow. Imich fled the Nazi invasion to then-Soviet Bialystok, where he lived until the Soviets deported him to a gulag for refusing to accept Soviet citizenship. He immigrated to America in 1952.

But whether Imich is a Holocaust survivor depends entirely on whom you ask. He wasn’t in a concentration camp or ghetto like Herz-Sommer, but he did survive for a short time under German occupation and was displaced by the Holocaust.

The Claims Conference for Material Claims Against Germany, as well as the Holocaust Museum in Washington, D.C., considers anyone who was displaced or discriminated against by the Nazis or their allies between 1933 and 1945 a survivor. By this broad definition, Imich is certainly a survivor. But under such a definition so was Sigmund Freud, who fled Austria in June of 1938 and died in London in 1939, before the actual genocide of European Jewry began.

A much more conservative definition is provided by leading Holocaust scholar Dr. Yehuda Bauer of Hebrew University, who only considers those people who were physically harmed by the Nazis — that is, put in camps or ghettos — to be survivors. Many Jewish organizations take a position somewhere in the middle, while others — like Yad Vashem — have purposefully eschewed coming to an exact definition.

The question of who counts as a survivor has led me to have some interesting interactions with survivors. I once spoke to a woman who had escaped from a wartime ghetto after several days and miraculously made it over hundreds of kilometers on foot through German-occupied Ukraine into the USSR. When I called her a Holocaust survivor, she told me that she wasn’t a survivor because she hadn’t survived a camp or a mass shooting. Another woman I spoke to had fled Austria with her parents shortly after the German annexation in 1938. She proudly referred to herself as a Holocaust survivor.

Although I know the opinions of various experts on which of these women is a survivor, I feel that I’m in no position to tell either of them that they are wrong in their personal assessments of their own lives and survival narratives.

In fact, working with Holocaust survivors, I’ve come to the conclusion that outside of very specific legal contexts (like reparation settlements) such a definition probably does more harm than good. Holocaust survivors are already largely defined by what was done to them as a group rather than the multitude of things they have seen and accomplished in their lives as individuals. Further pigeonholing and unnecessarily subdividing them into categories can at times serve to further dehumanize them.

Herz-Sommer was not an extraordinary inspiration because she survived the Holocaust, but because of how she survived — with an eternal optimism that continued into her 11th decade. Imich is extraordinary not because of his survival or even his being a super-centenarian, but because of how he has continued to challenge his mind — by reading and writing and seeking answers to life’s most difficult questions at the age of 111. For both individuals, their wartime experience is one aspect of their lives and not their entire biographies. The same is true of all Holocaust survivors.

Who Counts as a Holocaust Survivor?