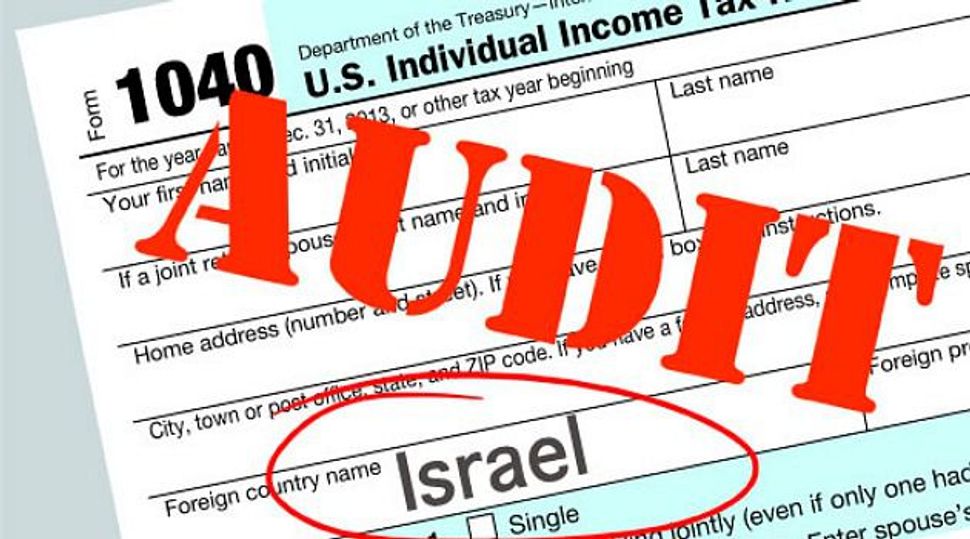 The Internal Revenue Service is an easy target for anger and disdain, especially now, as the deadline to file income taxes approaches and the IRS hasn’t quite recovered from the public battering it is receiving over questionable audits of politicized organizations. We don’t mean to pile on. But the startling story reported by our Nathan Guttman raises too many questions for us to stay silent.

Tax accountants working in Israel told Guttman that any American expat living there who files for a child tax credit in an annual return can expect to be audited. “I’ve seen more audits in the past year or two than I’ve seen in the previous 30 years combined,” one accountant said.

This is partly a result of extra scrutiny aimed at all Americans living overseas or with bank accounts in foreign countries, and since there’s about 250,000 Americans residing in Israel, it’s fertile ground for this type of IRS campaign. Fair enough. But the IRS’s Israeli focus is especially intense because of fraudulent activity by a few Americans that now seems to have drawn everyone there into the same net.

Not fair enough. In fact, this behavior echoes the complaints African-Americans had with New York City’s aggressive stop-and-frisk policing tactic — of tarring an entire community because of the misdeeds of a few of its members.

Why assume that all Americans in Israel are behaving badly? Even for those with nothing to hide, an audit is an onerous, expensive process, all the more so when receipts and documents are in a language other than English (and the IRS expects the audited to pay for a professional translator).

The IRS owes those taxpayers an explanation, and so far none has been forthcoming. If some Americans living in Jerusalem or B’nei Brak are abusing the tax system for personal gain — and Guttman cited evidence of this fraud — then they should be stopped and punished.

But to punish a broader class of people is insulting and discriminatory, a violation of the democratic values that both our nations profess to uphold. Answers, please.