Letty Cottin Pogrebin Looks Back at ‘Free To Be’ 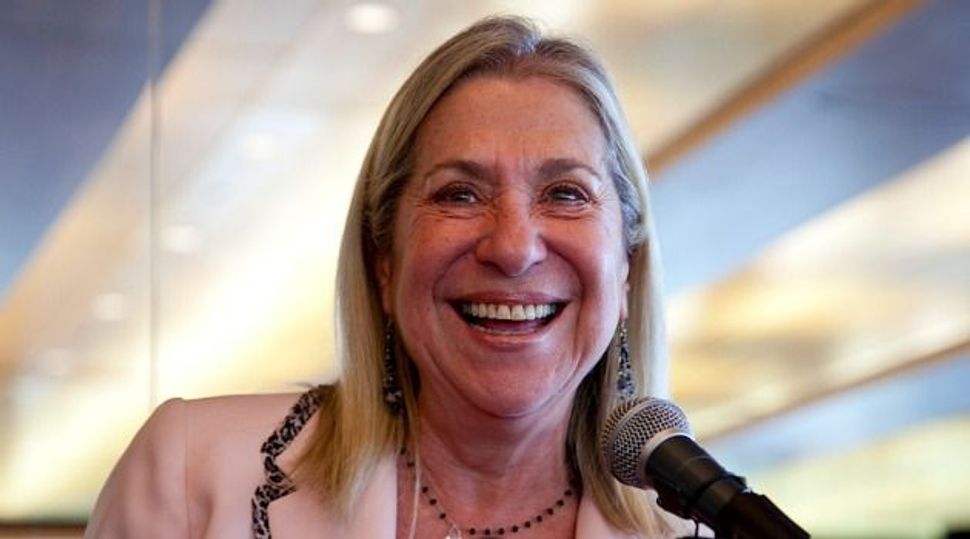 When I think back to my childhood record collection containing Burl Ives stories, the Broadway cast recording of Fiddler on the Roof, and Top Disco Hits of the 1970s, one LP stands out: the generation-defining, gender-equality kids album Free to Be You and Me. Released in 1972, the platinum album turned 40 along with me. Now the 1974 television special bearing the same name is reaching its milestone birthday, and the Paley Center for Media is hosting an evening this Tuesday in New York to celebrate and reflect on the project.

Though I can recite much of the album by heart, I’m quite certain that as a young child I didn’t realize that the point of the project was to break down gender stereotypes. Through its clever, touching, humorous, always respectful and never insulting writing, and the music alternating between haunting, sad, folksy and cool, the didactic message came through seamlessly.

Letty Cottin Pogrebin, a founding editor of Ms. Magazine, served as an editorial consultant on the album. I caught up with Letty by phone in New York. We spoke about what the creators of the album might change if they could, and how a straight line can be drawn from her feminism to her subsequent areas of activism, including those around the issue of Israel/Palestine.

Though the album is beloved among a generation of listeners, there are indeed a few changes the creators have fantasized about making. In the monologue “Housework,” performed by Carol Channing, they would today be less dismissive of that ubiquitous chore. Presented with an attempt to show how “housework is hard and no one should have to do it alone,” some homemakers, Letty explained, took offense.

In William’s Doll, they would change the lyric from “someday he is going to be a father too” to “someday he may want to be a father too.” And in the animated William’s Doll number in the TV special, they would have redrawn the grandmother character, who was plump, donned an apron and wore her hair in a bun. Letty acknowledges that the image was stereotypical. “Now I’m a grandma and I know that my grandma friends are taking Pilates and biking 40 miles a day.”

If they were making the album against today’s social landscape, I asked, is there anything they’d add or be able to take away? Sadly, “there’s nothing on that record that’s solved,” Letty said — especially not equal pay for equal work.

Letty agreed with my suggestion that a hypothetical version might today reference GLBTQ concerns more fully. She shared that she has experienced a personal evolution in her own view of transgender individuals from being a function of society’s overly gendered categories to reflecting an authentic expression of their own identity. She added that the creators would also shine a harsher spotlight on bullying, because “the bystander has an obligation.”

As a board member of Americans for Peace Now, including two terms as chair, Letty has been outspoken on the need to break free from a passive bystander role. She has written and rallied against the Israeli occupation of the West Bank and advocated for the need to reach a negotiated settlement with the Palestinians.

“I’ve gone to kibbutzim and Hadassah hospitals and admired them,” Letty told me. “I’ve gone to the most wonderful daycares. I’ve seen the desert bloom, and Massada, and David’s Citadel. But I’ve also chosen to look at Arab villages, to look at the way people are treated at IDF checkpoints, and how the IDF treated people in Gaza, and how the streets in Hebron are in fact divided, the way you’d imagine blacks drinking from separate water fountains” in pre-civil rights America.

When she visited Hebron, she “watched IDF police harass children; the behavior I witnessed was appalling and deeply reprehensible.” She added, “So I write about what I see. I’m not going to protect people from confronting the dark side.”

In a piece Letty wrote three years ago for the Forward, she described what she witnessed on a visit to Hebron as representing the “A word,” as she put it. “A for arrogance, and yes, A for apartheid.”

Letty sees a clear link between her feminism and her activism on Israel/Palestine, ideas and tensions she examined in her 1991 memoir, Deborah, Golda and Me. “I’m a humanist. I identify with people who are struggling, whatever their race, creed, religion. But more than that, I have a moral compass that comes from having been raised in a Jewish and Zionist household, one that emphasized ethical behavior as my legacy.” Unfortunately, she added, “It doesn’t square with the behavior of the Israeli government toward an entire people.”

For Letty, all these issues contain “permeable membranes. If you are against anti-Semitism, you have to be against racism and sexism. You have to understand it’s all on a spectrum. It’s a spectrum of delegitimating the humanity of another person…. To free children to be themselves, to get them out of their gender ghettos, that’s all part of freeing the oppressed and ensuring personal freedom.”

The connections Letty draws make intrinsic sense to me. I too have viewed various types of personal and collective struggles as part and parcel of a broader humanist imperative. But we all know that one’s humanism is another’s indulgence. In the context of Israel/Palestine, some consider freeing the oppressed an act of recklessness. And none of this says anything about hardened religious categories that see but one way to conduct politics.

I would hope that reviving Free to Be You and Me’s fundamental and simple message of respect and dignity — cloaked in a humorous Jewish sensibility, to boot — might be a good way of imagining how to extend these ethical precepts broadly, even if only for one evening in New York.

Letty Cottin Pogrebin Looks Back at ‘Free To Be’