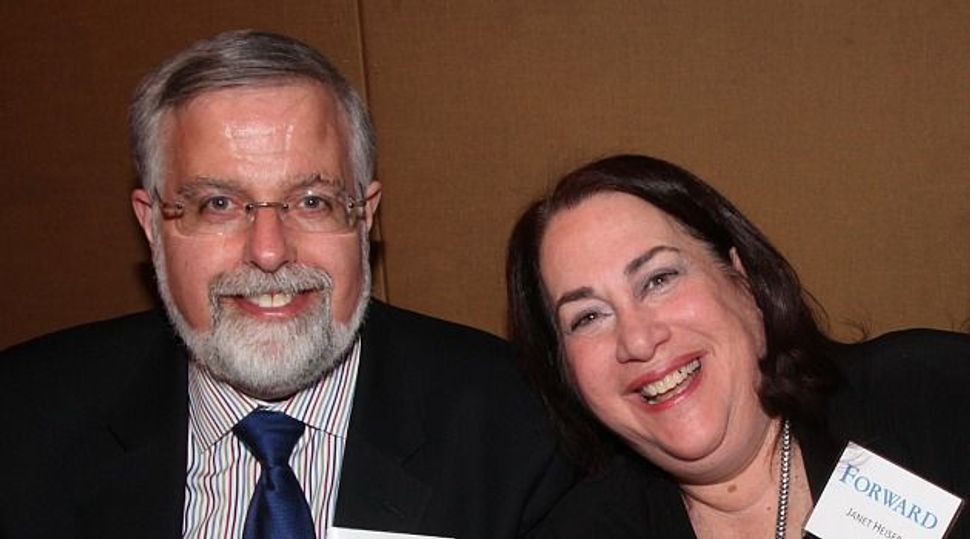 Every workplace, if it’s fortunate, has someone like Janet Heiser — someone who quietly and professionally solves problems, soothes hurt feelings, stands by her principles, and adds a sardonic splash of humor just when it’s needed.

Our real Janet Heiser died on March 6 at 65, less than seven months after she was diagnosed with a virulent strain of lung cancer that took her, a non-smoker, and everyone else by wicked surprise.

Her official title was assistant executive director of the Forward Association, but really she was, as managing editor Dan Friedman put it, “the long suffering den mother of the 8th floor.” In a heartfelt email chain that circulated after her funeral March 7, copy editor Teri Zucker wrote: “I used to come in and talk to her whenever I felt job frustration… just because she was a really good listener and a calming influence,” a sentiment shared by so many.

“I will miss her warm presence as she patrolled the hallway with her ever-present shoulder bag, and her genuine concern for all Forward employees,” wrote the Forverts’s Rukhl Schaechter.

When Janet told me she was sick, there was no self-pity in her voice, only a grateful realism that her life was a good one. But it was over too quickly. As marketing director Bob Goldfarb sadly noted: “We lost her far too soon.”