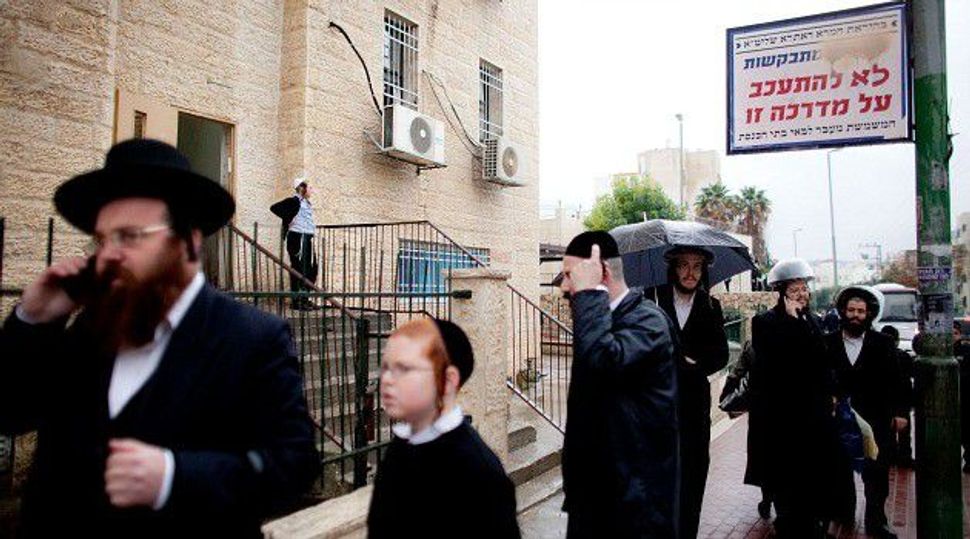 In a rerun of a scandal-ridden poll in the fall, Beit Shemesh has reelected its ultra-Orthodox mayor. Rarely has a political campaign pitted Haredim and others against each other to the extent seen in this Israeli city.

The original election in October was fought as a battle between two rival visions for the city. Beit Shemesh has become heavily Haredi, and the Haredi agenda is manifest across the public domain. When I visited for this article in January, I even witnessed signs by religious institutions asking women to cross over to the sidewalk on the other side of the street to avoid disturbing men. Individuals put them up, but the municipality had failed to take them down.

Moshe Abutbul of the Haredi Shas party won the election then, but the poll was marred by illegal activity, violence and even voter fraud, and the court ordered a rerun. The rerun this week resulted in another Abutbul victory.

This outcome raises important questions for this hotbed of sectarian tensions, such as whether Abutbul will have learned from the negative press that his city received in recent months, and decided to be more attentive to the rights of non-Haredim and reign in the extremists who are behind displays of religious muscle such as the cross-the-sidewalk signs. But most important of all is whether this is game over for the city’s religious balance.

Will Abutbul develop housing projects for all or will he launch only building starts for Haredim?

While most building projects must go on open sale, there is special provision made in Israeli law for developments for minorities — including Haredim and Bedouin. If Abutbul concentrates only on Haredi housing, the next local election in five years won’t be the kind of bitter fight between Haredim and others that we have just seen. It will be a forgone Haredi victory.