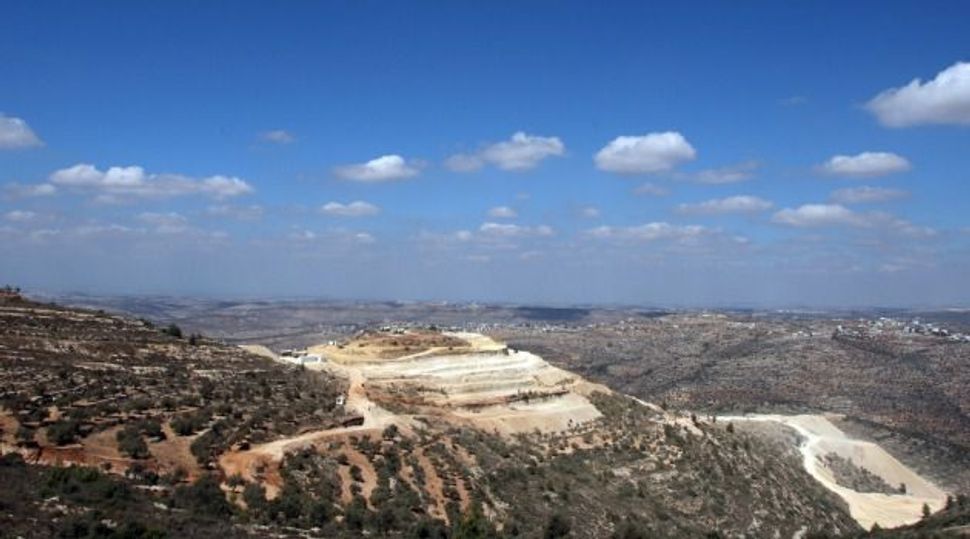 In his much celebrated new book “My Promised Land,” Ari Shavit reminds readers that the narrative people most often turn to to explain the trouble between Israelis and Palestinians is a grand illusion — though one that was and, for many, still is at the core of Zionism.

It’s the belief that Jews were a people without a land and that Palestine was a land without a people, and hence it provided the perfect place for the establishment of a Jewish homeland. Shavit, like others before him, debunks this assumption by pointing out that Arabs already occupied all the land. Hence, Zionism required that they be driven out, oppressed or killed to make room for the new settlers.

I knew that a fundamental aspect of Shavit’s thesis was deeply flawed, but I was reluctant to give voice to my criticisms, because they were based on personal observations. I then realized that there is strong statistical data to support my conclusions. But first, a brief account of what I saw and experienced in the days before Israel existed as a state.

I was born as a Jewish child in Germany in 1929. In 1935, as Nazi influence grew, my family escaped, joining four other families of the same background to form a new settlement in Palestine in 1936. They named it Kfar Shmaryahu (it’s next to Herzliya). The five families occupied 600 “dunams,” cleared the rocks, drilled a water well, paved a road before erecting a bunch of modest homes and farming the land. All this was done on previously unoccupied land — land that was lying fallow next to an Arab village called Sidney Alley. (Wandering Bedouins occasionally used the land next to my parents’ home, between Kfar Shmaryahu and that of Rispon, for grazing, but the area on which Kfar Shmaryahu was erected was not even used in this way.)

The relationship between my parents’ village and Sidney Alley varied over the years, ranging from comfortable to tense. However, as far as I recall, no shots were fired, and most assuredly, no one was driven off land or out of a home. Those who lived unmolested in Sidney Alley until 1948 left at that point. We were told that they took with them keys to our homes that they somehow acquired, and had agreed among themselves who will get which of our homes after the seven Arab militaries that attacked the weak and newborn Israel defeated it. I never saw any evidence that supports this tale, but I know firsthand that no Israeli forces drove out the people of Sidney Alley.

Because it was personal and local I was reluctant to draw any conclusions from this experience, until I realized that there was clear evidence to show that there was plenty of room in Palestine for Jews and Arabs. Here is what the data show: At the end of 1946, just before the United Nations’ declaration that led to the foundation of Israel, there were 1,267,037 Arabs and 543,000 Jews in Palestine. By the end of 2012 there were 1,647,200 Arabs in Israel (and nearly 6 million Jews). That is, the numbers of Arabs increased by nearly 400,000. Since 1946 many more Jews and Arabs found a home in this blessed land.

Shavit makes it sounds like Palestine was a small home that was taken, that there was no room at the inn. Actually it was more like a motel that had plenty of empty rooms, although surely some were taken. True, some Arabs were driven out. And way too many Arabs and Jews died at each other’s hands. But the tragic reasons for these developments is not, the data unmistakably show, that there wasn’t enough room for both peoples.

Moreover, even now, anyone with an open mind flying over Israel will see vast unoccupied areas. Some of them are in the South (the Negev), which one may argue has an uninviting climate. It is, however, rather similar to that of Nevada and Arizona. And there are many other underpopulated areas — for instance, along the Jordan Valley. True, some particular pieces of real estate have been much contested for a variety of reasons, ranging from religious symbolism to a matter of national prestige and historical precedent. Over all, though, anybody who argues that Palestine was occupied and hence could not accommodate the Jews fleeing Nazi-occupied Europe, the pogroms in Russia or tensions in Arab lands is ignoring basic facts.

Shavit feels he knows why the first generation of Zionists did not realize that the land was already taken. His argument is so simplistic that it would make a first-year psychology student blush. He maintains that the Jews escaping Nazi Germany were so eager to find a place to make their home, finding all other doors locked, that they suppressed what they witnessed — the Arab natives. My observation is much more straightforward. In 1936, my parents and others saw large parts of the land that were lying fallow, uncultivated and not settled; they believed there was no reason that they could not share the land with the Arabs, and they did hope that Jews and Arabs could all live together in peace..

If both Jews and Arabs can forgo exclusive claims to the land, and arguments that one people or the other are in place because of some gross historical misunderstanding or psychological distortion, they will realize that there is ample room for both people to live next to each other, with each other, in peace.

Amitai Etzioni is a professor at George Washington University.