Did Israeli Conversions Just Get a Lot Easier? 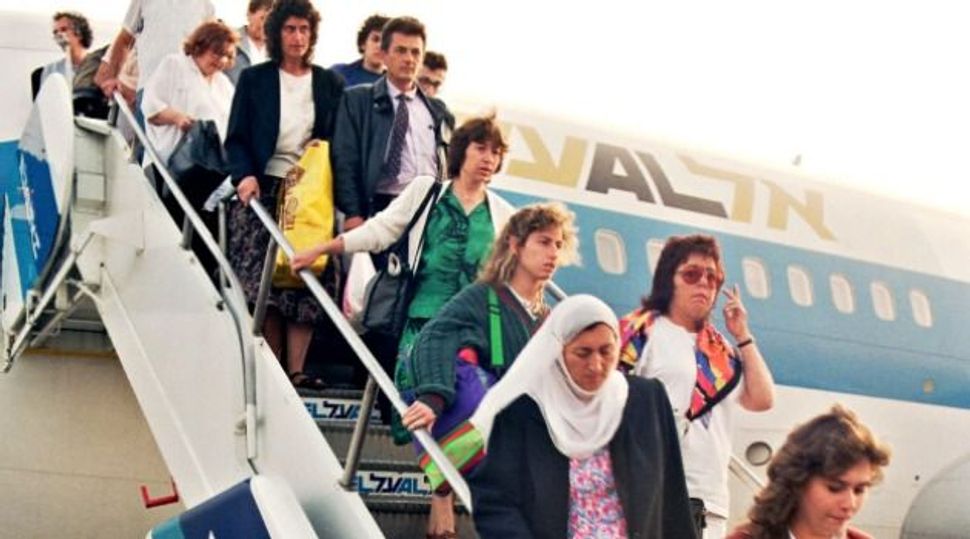 Did you hear about the latest coup for the Reform and Conservative movements in the Knesset? A new piece of legislation that passed the Law Committee today and is ready for voting in a few weeks will apparently bring closer a day when non-Orthodox movements can carry out state-recognized conversions in Israel.

Orthodox lawmaker Orit Struck of the religious-Zionist Jewish Home party is furious. The proponent of the bill is “is trying to appease all kinds of Reform and Conservative groups that are trying to give us conversions that are not according to Jewish law,” she said.

Struck continued with her statement of alarm at the imminent non-Orthodox gains, saying: “There is no way we can do anything to aid in widening the opening for the Reform with regard to anything that touches on what they call conversion. We can’t defraud people who want to embrace Judaism. We are selling them a bill of goods instead of conversion.”

The odd thing is that the bill has absolutely nothing to do with Reform or Conservative Judaism. It aims to decentralize conversion in Israel from the Orthodox-run Conversion Authority to the Orthodox-run local rabbinates.

If the bill passes, conversion will probably become faster and easier for the thousands of immigrants from the former Soviet Union who want to convert but who haven’t yet been accepted for the process. And it will weaken the power of the national Chief Rabbis who, along with Struck’s party, are strongly opposed to it. But it won’t, in any way, dilute the Orthodox monopoly over conversion.

So why does Struck play the Reform and Conservative card, turning the religious persuasions of a large part of the Jewish world into an all-purpose insult? Because many see it as a frightening label, and it can scare people off the legislation.

And why should the facts get in the way of a good tirade?

Did Israeli Conversions Just Get a Lot Easier?