A New Relationship Between Israel and the Diaspora 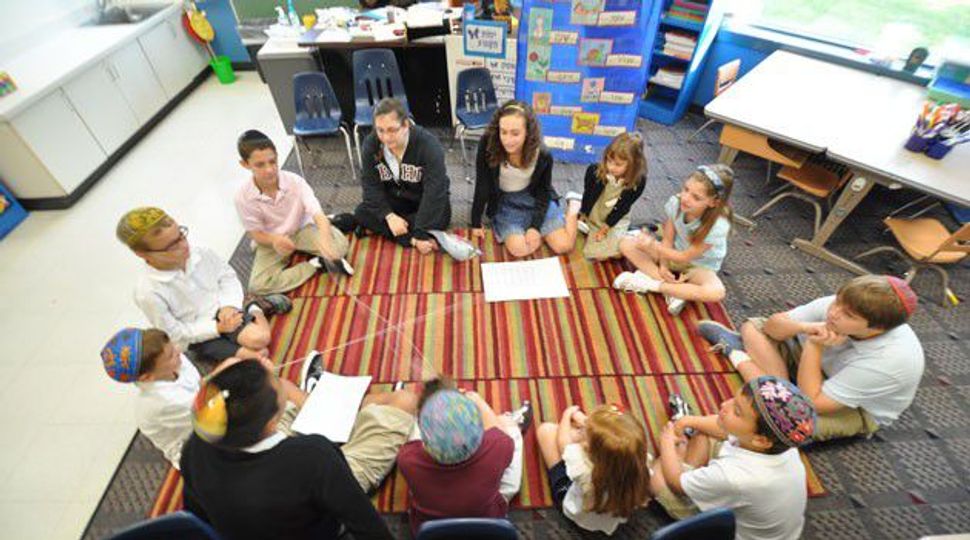 Shafted?: Why does Israel have such a higher place than Jewish education in the Diaspora?s funding priorities? Image by HYMAN BRAND HEBREW ACADEMY

The relationship of the State of Israel with Diaspora Jewry is undergoing a historic shift that is at once inevitable and surprising, a healthy and welcome calibration but one fraught with worrying consequences. No longer is Israel the poor, scrappy cousin dependent on a financial lifeline from its wealthier relatives in exile — a lifeline that was motivated partly by guilt, partly as a security guarantee and the rest by heartfelt support. And no longer does Israel dismiss the Diaspora as nothing more than a checkbook augmented by a regular stream of tourist visits and federation missions.

We still make aliyah — “ascent” to Israel. But those who emigrate from the Jewish state, once known as those who “descend,” are no longer considered yordim.

This shift is decades in the making but it has accelerated in recent years as the Israeli nation has matured and its economy and culture have expanded, while Diaspora Jewry — particularly outside the United States — is struggling.

Proof of this evolution is found not only in grand gestures but also in more prosaic shifts, driven as much by commerce as by ideology. Once it felt exotic to bring a book, a necklace or a tallit back to the States from Israel. Now Israeli businesses are specifically marketing to American Jews: English-only websites from newspapers as radically different as the left-wing Haaretz and the right-wing Israel Hayom are making a play for the American reader. The two books from Israel that have had the most profound impact on these shores in the last year — Ari Shavit’s “My Promised Land” and Yossi Klein Halevi’s “Like Dreamers” — were first written in English with a Diaspora audience in mind.

Thanks to its wealth, military might and growing population, Israel is, for the first time in 65 years, “the senior partner in the Jewish world,” Ethan Bronner noted recently in The New York Times.

That is why the Netanyahu government can put forward a hugely expensive, ambitious initiative to strengthen Jewish identity in the Diaspora (more on that in a moment.) Jerusalem is basically saying: Even if we aren’t to blame for the tepid, assimilationist attitudes that young Jews, especially, exhibit towards organized Jewish life and to Israel, we will help fix the problem.

As this initiative illustrates, the Israeli government has recognized the relationship shift before its partners have. American Jews lag behind, still holding onto an image of Israel as the needy, embattled nation dependent on our political patronage and charitable largesse.

This no longer makes sense. The question is: How should American Jews adjust to the new reality?

Yossi Beilin, politician and public intellectual, is often credited with being the first to question out loud the lopsided relationship between Israel and American Jews, and that was two decades ago. In January 1994, Beilin, then Israel’s deputy foreign minister, told a gathering of the Women’s International Zionist Organization that Israel may no longer need Diaspora Jewry’s contributions: “If our economic situation is better than in many of your countries, how can we go on asking for your charity?”

And that was before anyone ever heard of a start-up nation.

The extent of today’s American Jewish charitable contributions to Israel surprised even the experts, as you’ll see in Josh Nathan-Kazis’s ground-breaking series beginning this week in the Forward. Using newly released data from the IRS, Nathan-Kazis analyzed the tax documents filed by 3,600 Jewish organizations claiming not-for-profit status to better understand an ecosystem with assets of roughly $26 billion.

What he found was that the largest share of donor dollars outside the federation system — nearly 38% — goes to organizations that focus on Israel. (And this doesn’t include direct donations to Israel Bonds.) That is a higher proportion than any other category the Forward examined. More than health care. More than culture. More than community. And, most critically in our view, much more than education.

Despite the historic commitment that Jews have for intellectual pursuits, despite the rhetoric that education is a Jewish value, despite the reams of data showing that day schools and summer camps and immersive educational experiences are the very best way to shore up Jewish identity in the next generation, the share of donor dollars toward those causes is only 20%.

And if contributions to the two powerhouses of Yeshiva University and Brandeis University are subtracted, the share drops to 16%.

In our opinion, there is a strong case to be made that the historic shift in the relationship between Israel and American Jewry demands a commensurate redirection of charitable contributions toward causes at home, especially for the young and the needy old.

The Prime Minister’s Initiative, as the massive undertaking is known, adds a new dimension to the relationship. A partnership of the Netanyahu government and the Jewish Agency for Israel, the effort has enlisted thousands of Diaspora Jews in both face-to-face and virtual conversation to devise the most effective programming to promote Jewish life and connection to Israel among teens, college students and young adults.

“The Diaspora supported Israel for many years,” Misha Galperin, who coordinates JAFI’s global initiatives, said in an interview. “Now the government of Israel should be contributing to strengthen the Jewish people worldwide.”

A February draft report by the “content team” reviewed by the Forward outlines the overall strategy. There’s a promise to provide a “Jewish teen summer” to anyone who wants it. A pledge to staff 200 college campuses around the world with a Jewish educator, a “peer engager and an Israeli role model.” A plan to expand Jewish service learning experiences, including a new Global Jewish Service Corps, bringing together Israeli and Diaspora young adults for long-term assignments. It’s not all directed at the Diaspora: There’s even a proposal to cultivate a “strong sense of belonging and commitment to the Jewish people” among young Israelis.

Threaded throughout the draft report is a welcome recognition that the quality of teaching in Jewish educational programs needs improvement. Too often these teachers are under-paid and ill-trained, if they are trained at all, and then we wonder why the old model doesn’t work?

Still to be decided is who will run this initiative — or more precisely, which bureaucracy, the Israeli government or the Jewish Agency, will orchestrate this grand, new idea. That question, and many more, is being raised by critics in the United States and Israel, and their arguments deserve a fuller conversation, which will take place in this space tomorrow. It is in the answers to these questions that we might begin to see the contours of this new relationship take shape.

A New Relationship Between Israel and the Diaspora