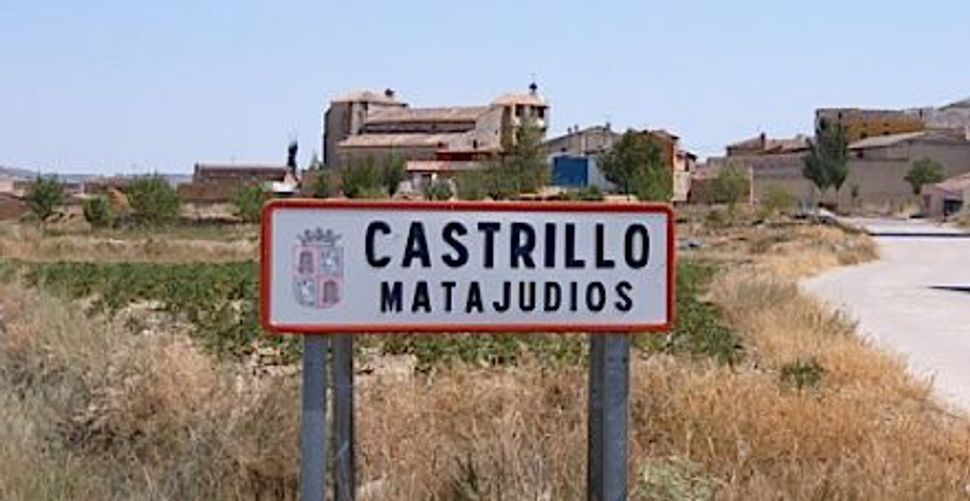 (JTA) — There is a town in Spain called Castrillo Matajudios, and in Colombia “Matajudios” is a common surname.

The problem is, in Spanish one meaning of the name is “Kills Jews.” Which has led a Colombian emigre cashier in Argentina to attract the ire of a Jewish organization there.

It all started when Adrian Marguiles, a customer at the Expoalimentos supermarket in Argentina’s San Isidro district, discovered, upon reviewing his receipt, that his cashier went by the name Ivan Matajudios.

Thinking the cashier had chosen Matajudios as a nickname, in order to incite violence against Jews, Margulies complained to DAIA, a Jewish group that, just four days earlier, had signed an agreement with the district’s mayor to work together on educational activities promoting coexistence and tolerance.

When DAIA leaders met with the supermarket owner, they discovered that Ivan Dario Matajudios Galindo was the cashier’s actual name.

DAIA Vice President Waldo Wolff told JTA that the supermarket owners asked if they should fire the worker.

“We told them that this is not necessary at all,” he said. “But we want the cashier to appear in the receipts with his other surname, as Ivan Galindo.”

DAIA plans to request a meeting with Argentina’s interior ministry to request that immigrants with names that appear to promote anti-Semitism be required to choose a different moniker while in Argentina.

Perhaps Amajudios, or “Loves Jews,” would be a good option.