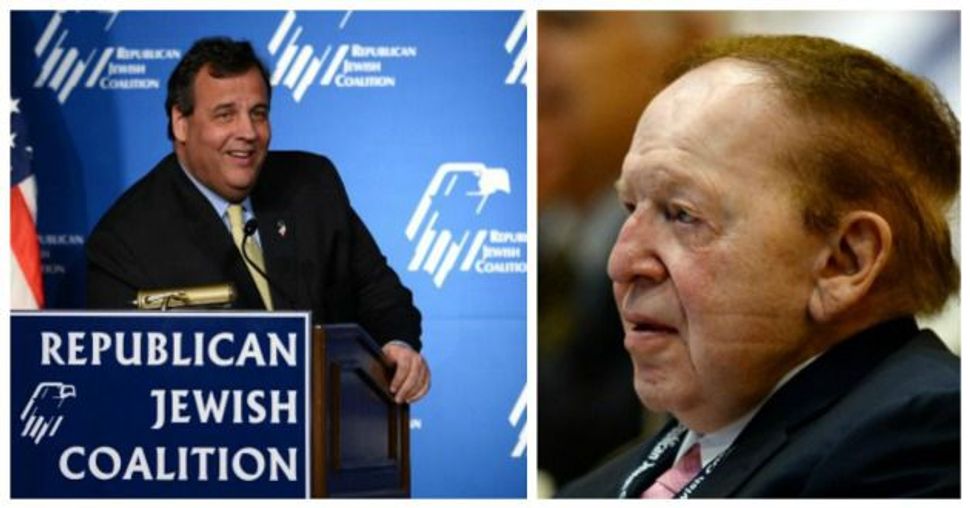 With all the apologies flying back and forth these days, you might almost think Yom Kippur came early this year. In fact, tradition teaches that there’s a deep spiritual bond between Yom Kippur, which is six months from now, and Purim, which just passed on March 16. So it shouldn’t surprise to see mockery and farce flying back and forth across the Atlantic, masquerading as regret and atonement.

In Las Vegas on Saturday, New Jersey Governor Chris Christie apologizes to Sheldon Adelson for thoughtlessly referring to Israel’s military rule in Judea and Samaria as an occupation. In Jerusalem on Sunday, Israeli Defense Minister Moshe Yaalon meets Joint Chiefs of Staff chairman Martin Dempsey and apologizes, yet again, for trashing Washington’s efforts to end, in the words of the Bush roadmap that Israel signed in 2003, “the occupation that began in 1967.” And in Washington, Secretary of State Kerry receives a letter from a deniable Netanyahu cutout, former ambassador Alan Baker, rephrasing the insults in only slightly more decorous terms.

Christie’s apology to Sheldon Adelson was for referring to Judea and Samaria, a.k.a. the West Bank, as “the occupied territories” during his speech to the Republican Jewish Coalition. He made the reference in the context of acknowledging how vulnerable Israel would be without them, but still. Sheldon and Co. hate to hear the territories under Israeli military rule referred to as “occupied” (you known, those “territories occupied in the recent conflict,” in the words of U.N. Security Resolution 242, which Israel continuously refers to as the legal basis for negotiations). 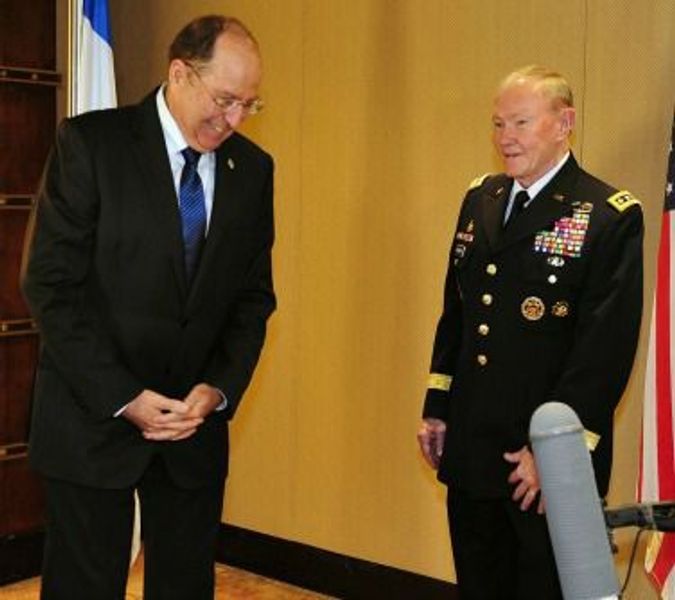 Over in Jerusalem, meanwhile, Israeli Defense Minister Moshe “Bogey” Yaalon continued his grand apology-and-groveling tour today with an elaborately florid embrace of General Martin Dempsey, chairman of the Joint Chiefs of Staff, whom he thanked for being a “true friend of the state of Israel and the IDF.” Yaalon is still trying to clean up the mess he’s created with his serial insults of Secretary of State John Kerry in January and the entire Obama foreign policy in March, both of which prompted furious protests from Washington, including a personal phone call from Kerry to Prime Minister Netanyahu.

Yaalon semi-apologized in January with a Defense Ministry press release saying the minister “had no intention to cause any offense” (by calling Kerry “obsessive” and “messianic”). Then on March 20 he semi-apologized in a phone call to Defense Secretary Chuck Hagel, saying there was “no antagonism or criticism or intent to harm the United States” (when he said the administration was broadcasting weakness throughout the world and got bamboozled by Iran).

This time Yaalon went all out, delivering his message in person to Dempsey, out loud, in front the media. Here’s how the Jerusalem Post reported it:

“We very much appreciate the relations between the US and Israel,” he [Yaalon] said on Sunday. “For us, the US is a strategic ally and our greatest friend. Relations with the US are a cornerstone in the national security of Israel.”

Yaalon even went on to sing the praises of the Kerry effort he’s been trashing for months:

“We are in a critical week in the Israeli-Palestinian conflict, and we appreciate the efforts of Secretary of State [John] Kerry and the commitment and contribution of President [Barack] Obama to the effort,” Yaalon said.

The problem with the Yaalon apologies, of course, is that his repeated outbursts represent a genuine and intense unhappiness on the part of Israel—or, at least, a majority of its governing coalition—with the fundamentals of U.S. policy. America genuinely views the territories as occupied, has done so since 1967 and is now trying to achieve a peace agreement based on that understanding.

The Israeli government’s view used to be compatible with the view of the United States (and, incidentially, every other country in the world). Israel announced in 1967 that it was holding the territories as a bargaining chip, to be returned to Arab sovereignty in return for recognition and peace. But Likud governments since 1977 have held that Israel has at least as legitimate a claim to the West Bank as any Arab party does. Hence Kerry’s drive to achieve a peace agreement with borders negotiated on the basis of the pre-1967 lines—that is, holding Israel to its 1967 offer—implies a head-on collision with the Likud and parties to its right.

Netanyahu has moved part-way off that position by calling for a two-state solution, but it’s purely pragmatic at best; he hasn’t deviated from the Likud position that Judea and Samaria aren’t occupied foreign territory and that Israel is at least theoretically, morally entitled to keep them, if only it could. Hence the inevitable, repeated anti-American outbursts from coalition leaders, and Bibi’s inability (or unwillingness) to discipline or fire the offenders.

It appears that Jerusalem is now subcontracting its insults out to unofficial cut-outs, close enough to Netanyahu to suggest that they represent his views, but distant enough to ensure deniability. The latest: a strident letter to Kerry from former Israeli Foreign Ministry legal counsel Alan Baker. Baker is currently a top figure at the Jerusalem Center for Public Affairs, the right-wing think tank headed by Netanyahu’s current chief foreign policy adviser, former Israeli U.N. ambassador Dore Gold.

Baker reprints his letter to Kerry in full today in a Jerusalem Post op-ed diplomatically titled “The straw that broke the camel’s back (or Kerry’s latest blunder).” The letter sharply protests Kerry’s March 13 testimony to the House foreign affairs committee, in which Kerry said it was a “mistake” for Israel to pose Palestinian recognition “as a Jewish state” as “as a critical decider” in judging Palestinian attitudes. Kerry’s critique, Baker wrote,

belies any understanding on your part as to the importance and centrality of Israel’s requirement in the present negotiating context.

Mr. Secretary, one might have expected, in light your position and function as convenor and mediator in the present Israeli-Palestinian negotiations, that you would refrain from making more public value judgments as to whether Israel’s position is, or is not “a mistake.”

While clearly you are entitled to maintain your own opinion, you have no right to express this in such one-sided and prejudicial terms, thereby undermining the very integrity of the negotiating table and selectively prejudging a substantive issue.

We’ll see how long it takes for Baker (or Gold) to apologize for essentially telling the U.S. secretary of state that the United States is not entitled to its own foreign policy. Yom Kippur is six months away.