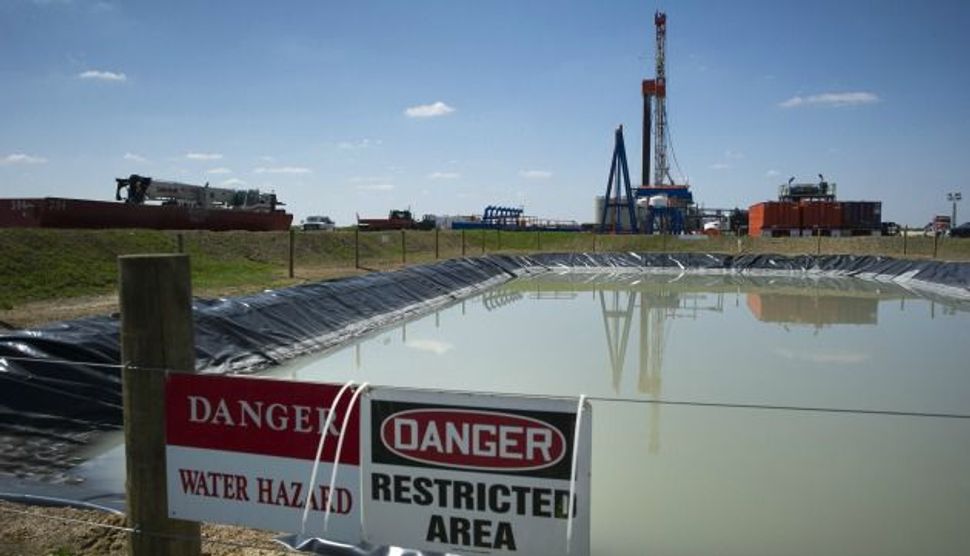 Today, Tuesday, April 1, a day after the United Nations released its latest and most disturbing climate change report (text), the Republican-led U.S. House of Representatives is due to vote on a bill ordering the federal government’s top weather and climate research organization to spend more time on forecasting weather and storms and less studying climate change.

The bill, the Weather Forecasting Improvement Act, H.R. 2413, was introduced last June by GOP Representative Jim Bridenstine of Oklahoma. It’s aimed at changing the priorities of the National Oceanographic and Atmospheric Administration, or NOAA.

As reported by The Hill, Bridenstine

introduced his bill last year after tornadoes hit his home state. Those storms led him to argue on the House floor the government spends too much on climate change research and not enough on developing weather forecasting tools to predict tornadoes and other events.

His bill does not explicitly kick the government out of the business of studying climate change. But it does say NOAA must “prioritize weather-related activities, including the provision of improved weather data, forecasts, and warnings for the protection of life and property and the enhancement of the national economy, in all relevant line offices.”

The bill drew several Democratic cosponsors (list) after some compromise language was negotiated in committee.

Bridenstine, a member of the House Science, Space and Technology Committee, introduced a second climate-related bill last week, together with Texas Republican Senator Ted Cruz, in which they call for an “embrace” of “the Great American Energy Renaissance.” They’re saying it will “empower the private sector to create good-paying, American jobs and spur economic growth by harnessing our nation’s energy resources and removing federal impediments to energy exploration, development and trade.” It’s a doozy.

Among other things, the bill would bar federal regulation of hydraulic fracturing or fracking; exclude greenhouse gases from EPA regulation; approve the Keystone pipeline; stop EPA regulations “that will adversely impact coal and electric power plants”; open up ANWR, the controversial Alaskan National Wildlife Refuge, for oil drilling; expand drilling offshore, on Indian reservations and in the Alaskan oil reserve, and much, much more.

The Republicans who control the House science committee including some of Capitol Hill’s most outspoken climate deniers. The chairman, Texas Republican Lamar Smith, wrote a Washington Post op-ed last year warning against “overheated rhetoric” on climate, claiming that “there is a great amount of uncertainty associated with climate science” (the U.N.’s Intergovernmental Panel on Climate Change last fall said the level of uncertainty on the basic facts was down to 5%, and repeated studies have found that 97% of climate scientists agree) and that “U.S. emissions contribute very little to global concentrations of greenhouse gas.” (In fact America is the world’s second largest emitter after China, with 19% of the global total in 2008 according to EPA figures.)

And of course, committee member Paul Broun of Georgia, a physician, became the poster-child for climate deniers everywhere with his famous observation, caught on video on September 27, 2012, at a sportsmen’s banquet at Liberty Baptist Church in Hartwell, Georgia, that “All that stuff I was taught about evolution and embryology and the big bang theory, all that is lies straight from the pit of Hell. It’s lies to try to keep me and all the folks who were taught that from understanding that they need a savior.”